Iran: A nascent start-up ecosystem on the rise - Gulf Business 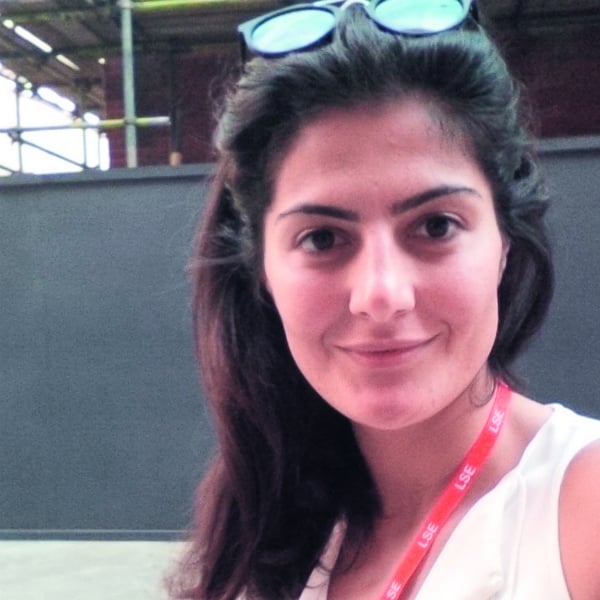 Iran’s start-up ecosystem, while at a nascent stage, is thriving with the potential to create its own unicorns (firms valued are more than $1bn).

In a way, the country is at the same inflection point that China and India were in 2000, albeit on a smaller scale.

Opportunities and challenges are abundant. There is room for more investors and capital inflow, and Iranians abroad have taken notice of these trends and started to provide support in different ways.
Start-up Iran — a turn of events

Today, e-commerce contributes less than 1 per cent of Iran’s GDP but it is an evolving sector that is expected to grow.

Between 2014 and today, by some estimates, the number of officially registered e-commerce sites has increased from 13,000 to 20,100.

Part of this growth is driven by changes in Iranian consumer behaviour. Over 60 per cent of the population is under the age of 35, which lends itself to a demographic that is internet savvy and early technology adopters. The country also has around 55 million internet users and a 120 per cent mobile penetration rate, the highest in the region. These are reflected in other statistics such as 20 million users on Telegram, the preferred messaging app in Iran, and 30 million active users on Cafe Bazaar, the Iranian android marketplace.

Part of this growth is attributed to a wave of events and community building activities that led to a heightened awareness and hype about e-commerce and its economic potential. In 2013, Iranians began to organise and host a series of unprecedented start-up events.

From 2013 to 2014, they hosted over 20 Start-up Weekend events across Iran, the highest for the region. Other platforms were established such as an entrepreneurship association and several new accelerators.

Prior to this recent hype, several local start-ups and entrepreneurs had already started paving the way by drawing inspiration from successful models of Silicon Valley and localising them for the Iranian market. These include Divar.ir, Iran’s largest classifieds advertisement website, Bama.ir the leading used-car platform, and Digikala.com, an online marketplace earmarked as the largest online e-commerce platform in the Middle East with an estimated value of over $500m, based on the latest public sources.

Imitation is common and for many global brands, there is one or more Iranian version. For example, there is Digikala for Amazon, Cafe Bazaar for Google Play, Aparat for YouTube, Takhfifan and Netbarg for Groupon, 2nate and Hamijoo for Kickstarter, and TechRasa for Techcrunch, just to name a few.

One factor behind this is the crippling sanctions on Iran in the past decade. Iranian entrepreneurs used this to their advantage. Being cut off from the rest of the world, and the absence of major international competitors, has empowered them to champion local start-ups. 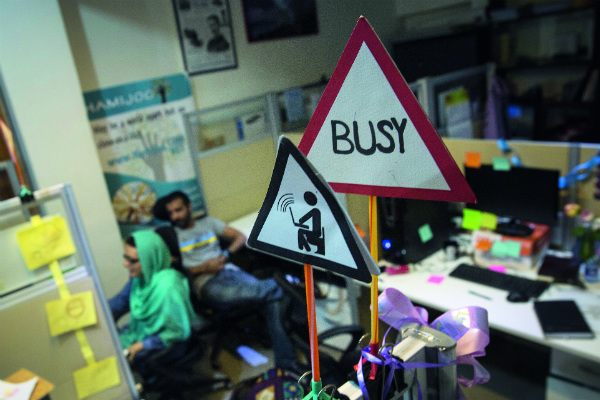 While competition from international players has been practically non-existent, local competition is on the rise. For example, in the used-car space, there are more than 10 other websites trying to compete directly with Bama.ir. In addition, Sheypoor, another major platform but late entrant, is also competing with both Divar and Bama to capture the used-car market.

The barriers to entry are low, such as operation costs. For example the average monthly salary of a software engineer is $550, social media manager $500 and a general manager $1,500. The process of obtaining a company licence and an e-namad (security certification) is straightforward, albeit lengthy. The overall cost of starting a business is much lower than the MENA average. According to the 2016 World Bank’s Doing Business report, the cost of starting a business in Iran is 1.1 per cent of the economy’s income per capita, while it is 26.3 per cent on average across MENA countries.

This may not be the case for too long. There are several global and regional brands that are eyeing the Iranian market. Some have done exploratory trips to Tehran, some are screening for local partners, and others have already begun operations. In the latter case an example is the Iran Internet Group, which is affiliated to Middle East Internet Group, a joint venture between MTN and Rocket Internet. As foreign investors enter Iran, they fuel the local competition further by backing specific players in their race to market leadership. For example, Snapp and TAP30, the Iranian equivalents of Uber, are both backed by foreign investors.

Local competition is fierce in some segments, yet there are still many market gaps and untapped opportunities. As TechRasa editors have noted, when we think of the Iranian market, we can think beyond the 80 million Iranians to include the entire 110 million Farsi speaking market, including Afghanistan.

The opportunities sit across three categories – untapped markets, markets without indomitable leaders, and social impact businesses. One of the opportunities in the untapped market with serious potential is an app akin to WeChat that consolidates core functions of mobile payment, Telegram with all of its perks, and Instagram into a single effective app for Iranian consumers.

Another opportunity is crowd funding platforms (equity and debt), especially once the regulatory framework – currently under discussion – is concluded. Some of the opportunities in the markets without indomitable leaders include portals for e-payments, hotel and tour bookings and recruitment and location-based directories. These markets have players, but no one has established a clear leading position. 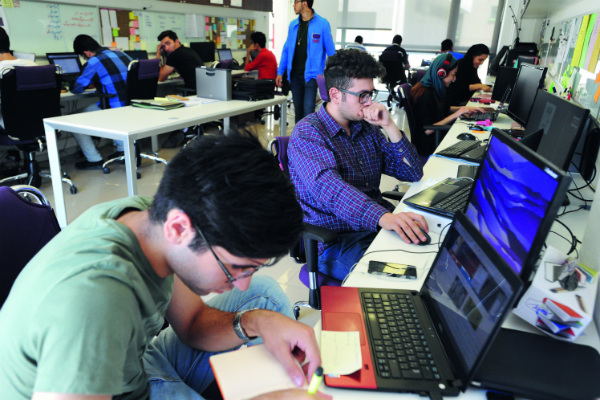 An opportunity in the social impact business is co-working spaces. According to a CBRE report, there were 7,800 co-working spaces worldwide in 2015, with more than 10,000 by the end of 2016 according to Deskmag. Tehran has a number of active accelerators now including Avatech, MAPS, DMOND and Sharif Accelerator, but in contrast it has only one co-working space, Finnova, launched by the fintech arm of Bank Ayadeh. The presence of co-working spaces in Tehran is imperative. Early stage startups need a collaborative community space that is not necessarily an accelerator, university campus or a coffee shop.

Challenges – the long road ahead

Abundant opportunities are accompanied with abundant challenges – external and internal. While sanctions have been used to their advantage, Iranian start-ups still face restricted access to Google products such as Analytics, Adsense and Developers. They also cannot sign up for international payment systems such as Paypal and Stripe. Another major issue is travel mobility. Attending global or regional events, networking, connecting with investors and getting exposed to new ideas is critical for the start-up scene. Access to these international events abroad is an expensive and lengthy visa process, if the visa is issued at all.

Within Iran, one of the challenges is to turn engineers into entrepreneurs, and to encourage them to look beyond the copy paste model of Silicon Valley. There is also a shortage of experienced mentors and coaches with global exposure and a successful entrepreneurial track record. Access to seed capital remains a challenge, despite the entry of several new venture capital firms and other financial institutions. Sourcing accurate market and comparative data for valuations is also problematic. As a nascent ecosystem, this is compounded with a lack of significant exits.

The Iranian diaspora has also started to take notice of opportunities within the start-up scene. This is encouraging, given that it features many successful entrepreneurs including Pierre Omidyar founder of Ebay, Omid Kordestani at Google, Salar Kamangar, CEO of YouTube, and Arash Ferdowsi, co-founder of Dropbox. Some of them have made serious commitments to accelerate and invest in start-ups inside Iran. Others are creating platforms outside of Iran for Iranian entrepreneurs to connect with the global start-up scene. Some are also returning part-time or full-time to Iran, to play a part in the start-up ecosystem.

This is perhaps the most promising trend – young Iranians educated abroad are seriously considering the country as a place to build start-ups. Iran’s opportunities, despite all of its challenges, are alluring.