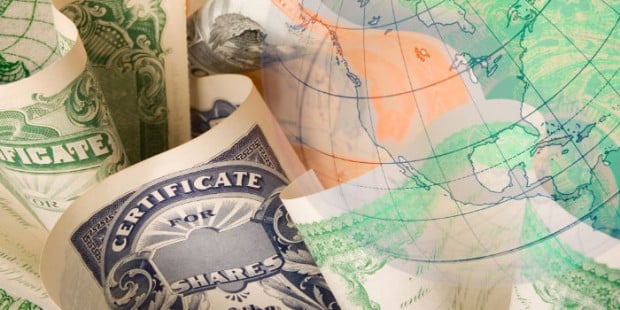 The latest report released by the International Monetary Fund (IMF) reduced the 2012 forecast for global growth, warning that uncertainty was hindering progress.

The IMF projected that the global economy will grow by 3.3 per cent this year, down from an estimate of 3.5 per cent in July. “We need action to lift the veil of uncertainty,” added Christine Lagarde, the managing director of the IMF.

In light of this heightened volatility in global markets, investors from the Middle East are rapidly seeking safer, high-yield fixed income assets in their portfolios, say asset managers.

“Within fixed income, my impression is that there is an increasing desire to invest outside the region,” said Hugh Briscoe, vice president of Global Fixed Income and Liquidity Management at Goldman Sachs Asset Management (GSAM).

“Traditionally, investors here had invested in local debt in the GCC and I think there is a recognition that the yields available on local issues have fallen and that they should be looking outside the region. Also they want to diversify their portfolio,” he said.

The total value of bonds and sukuk issued in the GCC reached $37.6 billion during the first half of 2012, a decline of 18.7 per cent compared to the same period last year, according to a recent report by Markaz.

In terms of market performance, the total return for the HSBC/DIFX GCC Aggregate Bond and Sukuk (GCCB) Index increased by 6.2 per cent during H1 2012, but the yield of the index decreased by 17.8 per cent in the first six months of the year, the report said.

According to Briscoe, most local investors are looking for an investment that distributes. “They enjoy the dividend and income that [fixed income] provides,” he said.

Cesar Perez, the chief investment strategist for EMEA at JP Morgan Private Bank agrees that the search for yield is high in the region. “Most regional investors consider themselves dollar denominated investors. We have been diversifying that away and that has really worked in the last few years,” he added.

Currently, regional investors are interested in emerging markets like China, and are hesitant to diversify into developed markets, said Perez.

But there are selective opportunities even in regions like Europe, he added.

The two most attractive opportunities that GSAM is currently recommending include high-yield and emerging market debt strategies. GSAM is bullish on emerging markets for issuances in hard currency (US dollars) and local currency, said Briscoe.

The latter is growing particularly quickly, he added.

“Emerging market countries can now issue in local currency because they are a more attractive investment opportunity – they have enjoyed periods of macro-economic stability and their balance sheets are stronger,” he said.

With regards to the Middle East market, both Briscoe and Perez say individual opportunities exist.

“Probably what need to have are good managers in the region for fixed income, with good track record,” said Perez.

“The debt capital markets in the region are still developing. For large asset managers like us, we think about liquidity and tradability of debt and these are things that will improve and evolve over time,” said Briscoe.