It is clear that Charbel El Azzi, head of Middle East, Africa and CIS at S&P Dow Jones Indices, is no stranger to explaining his firm’s role in the complex global financial system.

The company, which is best known for its flagship US indices the S&P 500 and Dow Jones Industrial Average, does far more behind the scenes than many realise as one of the gears that allows exchanges like the Dubai Financial Market and Abu Dhabi Securities Exchange (ADX) to function.

But this lack of understanding in some quarters has not stopped the firm from making its own mark in the Gulf region since opening offices in Dubai around the time of the financial crisis.

“In 2009 when I joined, people said what the hell is S&P doing in the region opening up an office here? There is no money — everyone is closing down shop. People don’t sometimes get what we do,” he admits.

Since then, El Azzi believes the firm has more than justified its presence by amassing a customer base including key sovereign wealth mandates in Kuwait and family offices in the UAE.

The attraction for these customers comes in part through S&P’s scale. The firm lays claim to being the largest index provider globally with around 38 per cent market share and calculates more than a million indexes totalling some $3.07 trillion on a daily basis, including 40 in the Middle East and North Africa region.

It also licenses its indexes to an ever-growing portfolio of exchange traded funds (ETFs) including the first on the ADX and DFM, on top of its custom indexing capability, allowing customers to put together indices based on factors including liquidity.

“ETF is a big business for us,” he says. “We’ve got currently 764 ETFs representing around $1.12 trillion dollars in assets under management.”

It is this breadth of operations, El Azzi suggests, that made the company as relevant during the 2009 regional downturn as the upturn that followed, and now the challenging environment of low oil prices.

“They [portray] us as the bad cop to show they’re a good cop,” he explains. “In downturn markets our indices are used as transparency tools to show the fund managers they are doing well. In upturns obviously more clients want more funds so hence they demand benchmarks.”

He believes it is this factor that has allowed S&P Dow Jones Indices to fare better than many of its financial industry clients in the current climate despite initial worries that business could dry up.

“We were worried about oil prices affecting us last year, we closed the year over budget and this year we’re going even stronger form the overspill that we had from Q3 and Q4 of last year,” he says.

Azzi’s optimism comes in part due to the interest the firm is seeing in an increasingly diverse range of products.

Among the upcoming areas he highlights are Shariah indices and funds, with the firm’s fixed income regional Sukuk index its second most in demand product in the region.

“It could be in some instances that the Shariah indices have outperformed, but it’s for the way of investing. So we’ve catered to that investment community from an equity indices perspective and from a fixed income perspective, launching the first Sukuk index in the region.”

But even more popular have been S&P’s so-called ‘smart beta’ indices, constructed in an alternative manner to traditional market capitalisation based products, after the company brought its index series to the region with the S&P Pan Arab High Dividend Low Volatility Index and S&P Pan Arab Composite Shariah Dividend Index in October 2015.

“These are in high demand from regional clients because that helps them beat the standard free-for-all market cap indices in terms of returns,” he says.

However, in other areas El Azzi believes the hype has failed to translate into transactions. One such instance is environmental, social and governance (ESG), with the firm having partnered with corporate governance institute Hawkamah to launch the first ever MENA-wide index in 2012.

“There is amazing interest in them and we preach about them every day, but are clients actually using them? I don’t think so for two reasons,” he says.

“The fund managers in the region are still looking for returns, which is alpha. And two, their main concern is to tackle liquidity rather than sustainability in my opinion.” 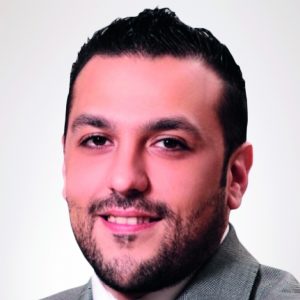 He believes the second factor remains the main challenge for regional markets, even if it has encouraged interest in S&P’s custom liquidity indices.

“We still lack sticky money, which comes into our markets and stays,” he says. “That’s due to volatility, lack of IPOs and capital markets growth in terms of new companies coming to the market.”

But while these concerns remain, El Azzi is optimistic with the goings on in several markets, including the GCC region’s largest — Saudi Arabia.

The kingdom has made significant changes to its regulations over the last six-to-eight months — including the introduction of ‘trade date plus three days’ settling of security transactions (T+3) and short selling — as it prepares for what is likely to be the world’s largest listing.

State oil giant Saudi Aramco is expected to raise $100bn in a historic dual listing on the local Tadawul and one other international exchange next year as part of the kingdom’s wider diversification efforts.

El Azzi says the company has had “a lot of discussions” regarding the IPO not least because of the weight it would have in the company’s indexes.

“If it’s based on free float market cap, obviously Aramco would be the largest within the index. But typically we would do a capped index and cap Aramco at a certain rate to make sure the representation of other companies does not get diluted,” he says.

But on top of this, S&P is also paying attention to the wider status of the local stock market as Saudi Arabia bids for emerging market status.

S&P oversees the second-largest emerging markets index globally behind the oft-mentioned MSCI and has its eyes closely fixed on the kingdom as it prepares to take its next important step after opening to international investors in June 2015.

“Saudi is very important. It’s one of the last standalone markets we have. I think the most important thing is for us to closely monitor the situation. Timing is important as well because the announcement came out for review in 2018.”

One factor that could potentially steal some of Saudi Arabia’s thunder and limit its growth prospects within global emerging market indexes is the entrance of stocks from superpower China, making timing particularly important, he warns.

But even with these concerns, El Azzi is optimistic about the kingdom’s future, seeing it alongside Kuwait and the UAE as being among the biggest growth drivers in the vast region he oversees.

And as before in 2009, he holds on to the expectation that the company will weather the current storm and emerge stronger as regional economies recover from the current slump.

“We’re in a good position, so if the market picks up heftier again, we’ll be on that slide as well,” he concludes.