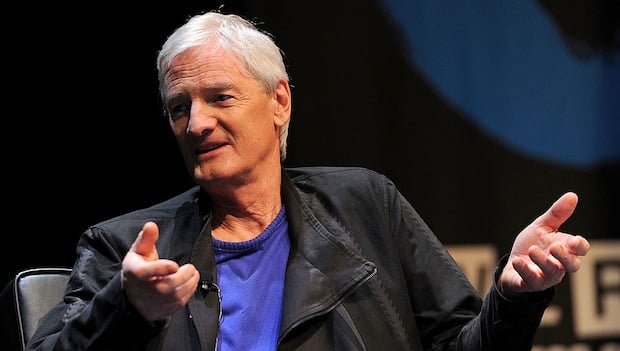 Your first inventions include the Rotork Sea Truck and the Ballbarrow in the 1970s. What has driven you to keep inventing for more than 40 years?

“Seeing everyday products that don’t work properly is what motivates me to create. From wheelbarrows that get stuck in the mud and vacuum cleaners that clog to fans that create an unpleasant stream of air. My passion for inventing stems from frustration and the hunger to develop something that works better.

“My team of engineers and I overcome everyday frustrations by trying out new ways. Quite often we make mistakes along the way, but we learn from them. We also build prototypes, which help us to understand how something should work. During the development of the Pure Cool purifier fan for example, 450 prototypes were developed. It’s a long process until you get it right, but at the firm we have this nagging feeling that there’s still a better way to do it.”

Your company has moved from vacuum cleaners to bladeless fans and high-speed hand dryers. Why do you think your products have proved so popular?

“We sell our machines in over 70 markets and my impression is that people like our machines because they want technology which solves problems and works better.

“By ramping up our investment in technology and expanding research and development we are developing machines that perform better and disrupt the status quo. Air purifiers, for example, can help capture pollution, bacteria and viruses as well as allergens and odours. But some existing purifiers are inefficient, forcing air through their filters, allowing potentially harmful, ultrafine particles to escape back into the room.

“Using our expertise in fluid dynamics and air multiplier technology, we have focused on capturing the ultrafine particles – developing a filter which captures particles as small as 0.1 microns. That’s why our purifier fan technology is being embraced all over the world. The same goes for our Airblade technology that dries hands hygienically and our vacuum cleaners that don’t lose suction.”

Lets talks about your latest product launch. What made you go into the hairdryer space?

“This is very exciting. For over four years our engineers have been developing our Supersonic Hair Dryer. We have invested $73m into the development of this technology and have created bespoke hair laboratories in our United Kingdom headquarters. It is the hair dryer rethought. 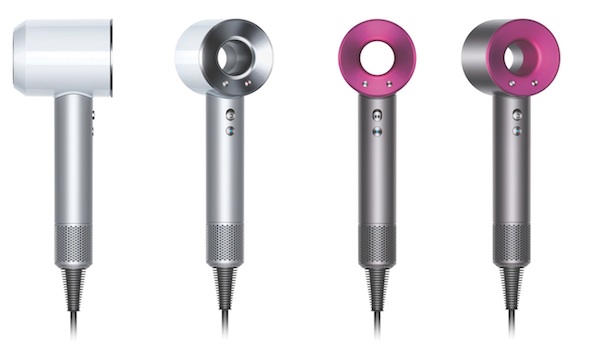 “Hair dryers can be heavy, inefficient and make a racket. By looking at them further we realised that they can also cause extreme heat damage to hair. I challenged the engineers to really understand the science of hair and develop our version of a hair dryer, which we think solves these problems.

“I have just come back from Tokyo where I revealed this technology to the world’s media. It was an exciting time, and proves that we will continue to create and invent, always pushing the boundaries.”

How important is the Middle East as a region for the company and will you establish a larger presence here?

“The Middle East is an important region for Dyson and it is growing. Besides our vacuum cleaners and air multiplier technology, the Airblade has been proven to be very successful. In the last three years, Airblade sales have increased at an average of 50 per cent year-on-year. And 2016 is shaping up to be another successful year with Q1 Airblade sales in the region having grown by more than 100 per cent year-on-year.

“It’s important to us to have a strong presence in every market in which we operate. The Middle East is no different. We see growth opportunities from the region and that’s why we have invested in our regional office here in Dubai. Being on the ground with marketing and sales support will help our distributor partners in Dubai and around the region. We are always exploring new territories in the region and expect Dyson to be present in more countries within the Middle East in the near future.”

In 2014, you announced a $2.16bn investment in future technology with the aim of launching 100 new electrical products by 2018. Is this investment proceeding as planned and where is it bearing fruit?

“Research, design and development are at the heart of Dyson. In 2015 we launched 17 new products in five categories and sold 10 million machines globally. With over 2,000 bright scientists and engineers developing technology up to 25 years out, and with over 30 of Britain’s top universities, the company holds over 3,000 patents for more than 500 inventions.

“Dyson has in-house expertise in fluid, mechanical, electrical, electromagnetic compatibility, thermal, chemical, acoustic, and software engineering, as well as an in-house microbiology team. This year, we expect to spend $7.2m per week on research and development and an additional $145m over the next three years on external technology investments. What’s more, the first phase of our research, design and development campus will open in Malmesbury, England – doubling our UK footprint and creating 3,000 engineering jobs.”

One of your more interesting announcements has been the 360 Eye Robot vacuum cleaner. What makes this more than the Roomba vacuum and is it an indication that humans will soon be able to put their feet up and let robots do their cleaning? 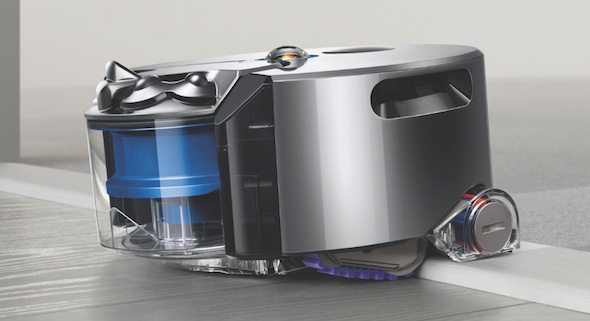 “Since 2005, our engineers have worked jointly with Imperial College London and world leading research scientists, investing $36m to help robots see and understand the world around them. Most robotic vacuum cleaners don’t see their environment, have little suction, and don’t clean properly. They are gimmicks. We’ve been developing a unique 360 degree vision system that lets our robot see where it is, where it has been and where it is yet to clean. Vision, combined with our high speed digital motor and cyclone technology, is the key to achieving a high performing robot vacuum – a genuine labour saving device.”

Experts are divided on whether artifical intelligence and advanced robotics will hurt or hinder humanity. What are your thoughts?

“I’m generally optimistic about the power of technology to solve problems and make positive contributions. Our belief is that design is only beautiful if it works properly. Clearly technology which hinders humanity does not meet that criteria.”

More broadly you have been linked with everything from energy storage to, robotics and electric cars. What areas do you consider most promising for research and development and are you considering any more acquisitions?

“Everything that goes on is confidential. But I can tell you that, so far, our most important invention has been the digital motor. Some 15 years in development, our engineers have created one of the world’s smallest, fastest electric motors. They spin at up to 110,000rpm — that’s five times faster than an F1 racing car.

“It’s enabling us to create previously unthinkable technologies, like our cordless vacuum cleaners which are capable of sucking up as much dirt as traditional mains machines.”

Please explain the company’s planned $1.44bn investment in new battery technology by 2020. What do you hope to accomplish and where do you expect this research to lead?

“Batteries are one of the next frontiers in technology. If we are to continue to create new and disruptive products it will be vital to have access to the latest core technologies such as batteries.

“We are driven by a desire for audacious leaps in technology, so we’ve decided to invest in creating the batteries of the future instead of waiting for someone else to do it first.”

What are your expectations for this year, will global economic headwinds impact the company?

“Dyson continues to grow in both new and established markets. Demand for our cord-free vacuum cleaners and environmental control machines is powering growth worldwide. In 2015, our turnover was up 26 per cent.”

Finally, you have been in the business of inventing for decades; do you have any plans to retire in the near future?

“I have no plans to retire and I remain actively involved in the development of our future technology. Our plans for the coming years are far too exciting for me to even consider leaving the business.”