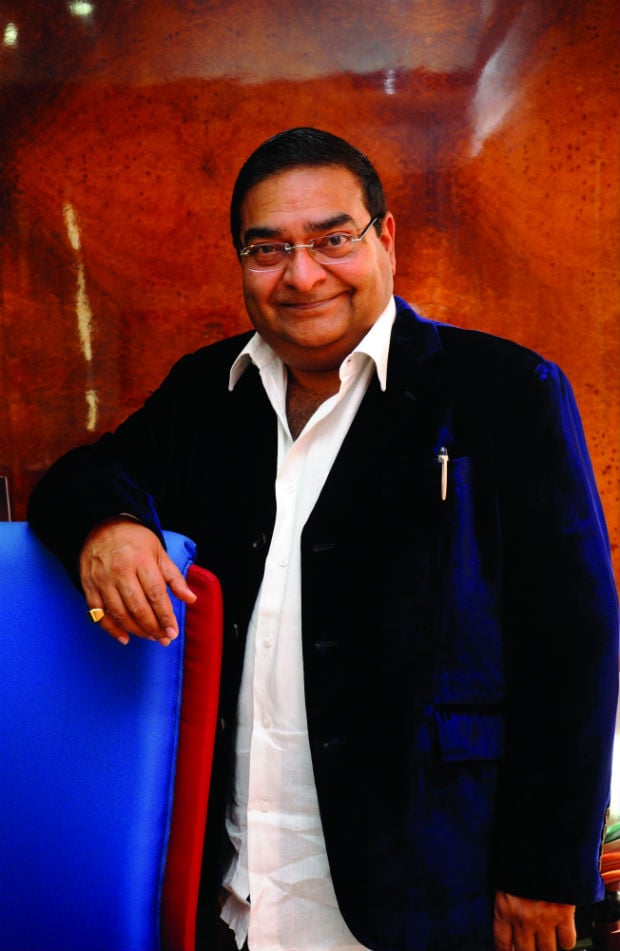 Walking into the Dr. Batra’s Homeopathy Clinic in Dubai Healthcare City, I was pleasantly surprised to find the white walls boldly decorated with scenic and beautiful photographs. Vistas of gorgeous beaches and breathtaking landscapes stood in place of the traditional informative posters about diseases and healthy lifestyle options.

But it didn’t take me long to discover the mystery behind the clinic’s colourful décor. Prominent Indian businessman Dr. Mukesh Batra, the namesake of the popular homeopathic healthcare chain, is also a talented photographer who holds exhibitions around the world.

Right now though, the CEO’s focus is clearly on his job.

“My aim is to spread homeopathy to every corner of the world,” he says, offering me the traditional Indian courtesy of a ‘chai’ or a cup of tea.

It’s difficult to dispute his vision. Founded from a single homeopathy clinic in Mumbai, Dr. Batra’s now runs 118 clinics across India, Dubai and London. The chain opened its first UAE branch in Dubai Healthcare City (DHCC) in 2009 and it is currently the company’s largest revenue clinic in the world.

The company is planning to open a new branch in the emirate’s Jumeirah Lake Towers area soon, and also hopes to found clinics in Bur Dubai and Abu Dhabi within the next year.

As part of his two-year plan, Dr. Batra also hopes to expand to other GCC countries, including Oman, Bahrain and Qatar. “It’s because of the wonderful response that we have had in Dubai so far.”

But things didn’t always run so smoothly, he admits.

“When we started in Dubai in 2009 it was very difficult – especially during the first two years. We lost a lot of money. Dubai Healthcare City was not the way it is today. There was nobody on this road – it was almost like a ghost town,” he says, gesturing outside.

“We had no patients to start with and we began with just one doctor. But we have managed to turn it around in the last 18 months. We have recovered all our losses.

“Today we have 25 doctors here and we are still short on staff – we are getting in more doctors to deal with flow of patients.”

The UAE’s alternative medicine market has grown substantially in recent years. Although there are no official statistics confirming exact growth figures, estimates suggest that the country has around 200 homeopathy practitioners, with the majority operating in Dubai, Abu Dhabi and Sharjah.

According to a survey conducted by DHCC a few years ago, up to 55 per cent of UAE residents said they would be tempted to try alternative medicine if there were formal regulations in place.

“DHCC has now brought very exacting standards to alternative medicine in terms of doctors, qualifications and operation processes and this has given confidence to people,” says Dr. Batra. “Having a corporate and professional presence in DHCC helped us to get credibility in this market.”

The brand’s Dubai clinic has treated over 3,000 patients in total, and 93 per cent have gotten better.

While homeopathy is traditionally popular among Indians expatriates in the UAE, Dr. Batra says they have been receiving increased local interest lately.

“In the last year, we have started getting a lot of local people as well. We get a lot of Arabs, but we have also started seeing Emirati women and children.”

They are opting for homeopathy because of bad experiences with allopathic treatments and they prefer a safe and holistic medical option, he explains.

“In our clinics we have measured outcomes and scientific methods which we have evolved to evaluate whether patients are getting better,” he adds.

Currently, locals account for 20 per cent of the clinic’s practice, with NRIs accounting for the remaining 80 per cent.

Another factor that is drawing in more patients is the fact that insurance providers are now opening up to the alternative sector.

“In Dubai, for the last three years, we have been covered by five of the biggest insurance providers. Over 80 per cent of our patients are covered under insurance,” says Dr.Batra.

“The UAE took leadership in this and is one of the first countries to recognise homeopathy under insurance and reimburse patients.”

New Kid on the block

Homeopathy is one of the world’s youngest medicine systems, and only began around 150 to 200 years ago. However, it is currently the fastest growing medicine system in the world, growing between 25 to 30 per cent annually.

It is now the second largest medicine system in the world, according to the World Health Organization (WHO), and is expanding much faster than the pharmaceutical medicine system, which is growing at around 10 per cent annually.

Market research analyst Mintel estimates that US retail sales of homeopathic and herbal remedies reached $6.4 billion in 2012 and are expected to hit $7.5 billion by 2017.

In the UK, homeopathy now counts celebrities such as David Beckham, Richard Branson and the Queen among its fan base, according to the British Homeopathic Association.

India, the hub of homeopathy, currently boasts over 100,000 registered practitioners, 200 hospitals and 7,000 dispensaries.

Dr. Batra’s, which runs 114 clinics across India, is one of the prominent brands benefitting from this growth.

But is the demand as staggering as the supply?

“I am not saying there is demand everywhere, since we are penetrating lesser known cities in the country. But we will create demand very soon,” he says confidently.

“We also have a very good business model which helps us to break even [in India] in around two to three months time in operational terms.”

The company particularly benefits from its strong brand image and aggressive PR and media campaigns, explains the homeopath.

While Dr. Batra’s mainstay remains homeopathy, the shrewd businessman is swiftly widening his empire. The company has recently branched into a variety of verticals, including hair transplant clinics, cosmetic products, media and veterinary care.

The company also runs its own foundation, which handles Dr. Batra’s CSR activities including free clinics and NGO partnerships.

Predictably, Dr. Batra wants his brand to grow even bigger.

“I want the brand to be a household name, the idea is to have the brand in every home if possible, at least in some small way,” he says.

“And the plan is to take the brand all over the world. It’s already in India and if we go to China, that’s half the world,” he jokes.

“I would like the brand to grow very big. The most important thing is that it outlives individuals – even though it is called Dr. Batra’s, it should grow even if Dr. Batra is not around. That’s my vision.”