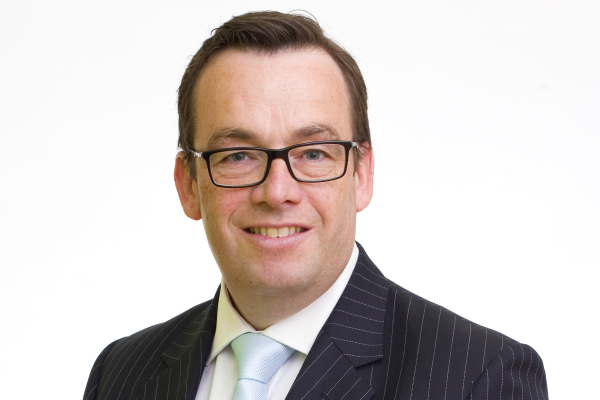 In the world of corporate appointments it is rare for a CEO to take the reins with his predecessor still very much in the picture.

But in the case of UAE supermarket franchise Spinneys Dubai, Matt Frost finds himself in just that position.

In September it was announced he would be replacing Jannie Holtzhausen, who is stepping down after 15 years leading the company to become chairman of the executive team and take on a corporate role with local franchise owner Albwardy Group.

For Holtzhausen, who appeared alongside Frost at a media event in Dubai last month, the situation draws parallels with scenes in popular Netflix series Crown as Britain’s King George VI, played by Jared Harris, finds himself taking the throne following his brother’s abdication.

And it is clear Frost is under no illusion as to the shoes he will have to fill.

“I’ve got an incredibly difficult job, to follow a very charismatic CEO, but I’m hugely excited about joining the business,” he says.

“I love the pace of change that I see in Dubai and it’s going to be very interesting to see how things build up towards 2020.”

Stamping his own mark on a company that grew from seven stores to almost 70 under the Spinneys, Waitrose, Al Fair and Taste Kitchen brands led by his predecessor will be among the challenges of Frost’s tenure as he prepares to take the company into its next chapter.

And there is no shortage of others, including a relatively stagnant UAE supermarket scene, increasing competition, the growth of online sales and the introduction of value added tax in the country in the month he officially takes over.

In facing these hurdles, Frost believes his experience at UK supermarket chain Waitrose, where he was head of business-to-business and commercial operations, will give him an edge as he takes the company into the next decade.

Among the opening goals of his tenure are to open 18 new stores in the UAE by 2020 and a new $47.6m headquarters in Dubai’s Meydan area by April 2019, boosting the Spinneys footprint from 61 to 79 stores and creating 2,000 jobs in the process.

But beyond these expansion efforts he also appears intent to utilise his experience in other areas, most noticeably technology innovation.

“One of the biggest things that I saw in Waitrose was their understanding of the customer and what the customer wants, whether that be data driven and how to use that data to improve the customer experience,” he says.

“The other thing we’re very good at, which I believe Spinneys is good at already, is really looking at introducing those future food trends ahead of competitors.”

Among Frost’s upcoming plans is the launch of a customer loyalty programme dubbed Spinneys & ME in the first quarter, with the intention of creating data that will provide customers with a more personalised service offering.

But arguably his most interesting move is in online shopping as the company undertakes a feasibility study into a potential online grocery store.

Frost says discussions surrounding a potential online store could take Spinneys in a number of directions and he admits there are challenges. Among them, maintaining the company’s reputation for fresh food when customers cannot pick their own produce by hand and the low margin nature of the food business in general.

Holtzhausen reveals talks regarding a potential partnership with UK online supermarket Ocado were ended without success and so it will be down to his successor to take the plans forward.

“We just need to be able to understand what it is the UAE customer wants from online,” Frost says. “We might look at that and say you know what, economically that’s not viable for us,” Frost says.

Potential options for the company include going it alone, but it could also partner with a local player like e-commerce site Souq.com, which began offering some groceries even prior to its acquisition by US giant Amazon last year for an estimated $650m. 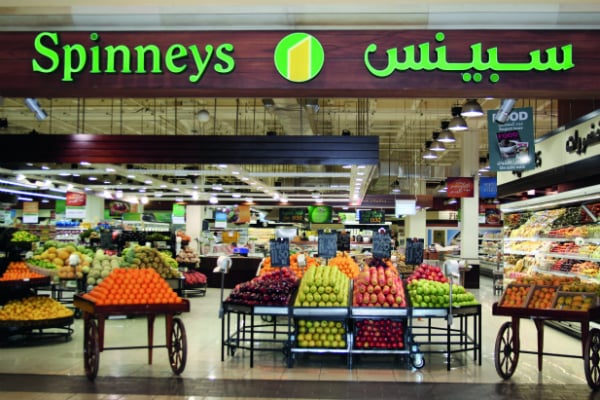 “There are a number of independents in the UK that use the Amazon marketplace to be able to market their products and Amazon deliver on their behalf. I’m not saying we will do that but we need to find a way,” he adds.

Beyond these plans, other more pressing matters for the new CEO include the introduction of a 5 per cent value added tax rate on January 1 that is applied across all food and beverage products.

Frost says there has been “no evidence of any kind of pre-billed sales” ahead of the tax’s implementation, unlike a 50 per cent excise tax on soft drinks and 100 per cent excise on energy drinks and tobacco products that saw a surge in sales at Spinneys stores and a subsequent slump around the October 1 deadline last year.

“It’s highly unlikely that we’ll have any impact on people’s shopping habits at all other than the fact there is obviously potential inflation in retail prices as a result,” he says.

But a broader concern for the incoming CEO appears to be the “relatively stagnant” volumes seen in the UAE supermarket industry in recent years.

Spinneys Dubai itself has denied it is in talks to be acquired by MAF after MAF Holding CEO Alain Bejjani indicated the company was open to further “opportunistic acquisitions” following
the deal.

Frost suggests an “overly consolidated market is not good for customers” and he believes the company’s smaller size could be an advantage as it seeks to capitalise on trends and eating habits like ‘lifestyling’, ‘flexitarianism’ and a more general drive among millennials for responsibly sourced ingredients.

But he is also aware of the challenges of the company’s home market as it moves forward.

“Unless there is a significant acquisition here the challenges for us will be about how we can drive efficiencies and additional profitability in the business.

“So naturally when you’re thinking those things through you can see you’re in a market that has to a certain extent slowed down and got more mature than it was and you will look outside to see where those opportunities are.”

As to the nature of these opportunities, Frost is tight-lipped although he explains he can’t see the company “ever being in a position to acquire another business here in the UAE”.

He suggests areas the company could look into include providing for the hospitality market or offering more products for food preparation, but a more concrete consideration appears to be expansion outside of the UAE.

This in itself has its own hurdles, most noticeably the fact that Spinneys Dubai is the franchise owner in the UAE but the ultimate brand comes under Spinneys Group, which is managed and majority-owned by Dubai-based private equity group Abraaj and has units in other Middle Eastern countries.

“Looking where those new emerging markets might be is probably a more customer effective way for us to drive those efficiencies,” he says.

“We might not be able to do that in the same way as someone else because we need their permission so from our perspective we just need to make sure.”

Until then it will be up to Frost to make his mark amid a changing supermarket landscape that appears ripe for disruption.