Interview: LEGO Group CEO Bali Padda on where the toymaker is going next - Gulf Business 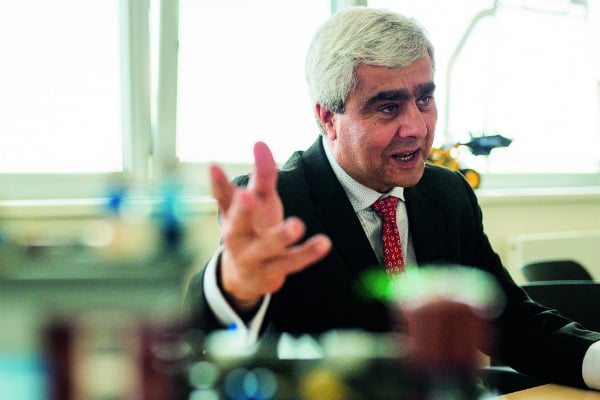 You took the LEGO reins at the start of the year, did you enter the role with some specific goals in mind?

“There is no doubt in my mind that the strategy is the right strategy for the group. So I have no intention of changing that. We want to inspire and develop children – we want to do that by bringing creative experiences to all children all over the world. This ambition resonates so much with me, because I fully believe in the strength of our products and brand.

“What I plan to bring to the table as CEO is a focus on how we – in order to deliver on the strategy – ensure that our organisation is agile and that we can act with a higher speed than today.”

Is it difficult to follow in the footsteps of Jorgen Vig Knudstorp after a 12-year period in which he turned around the company’s fortunes, and do you expect to continue with the strategy that brought him success?

“As mentioned, the strategy remains unchanged, and personally the role of CEO is still something that I am settling into. I love the brand and the purpose we serve, and it is a deep passion of mine to continue to reach even more children with experiences. On my own merits, I have been part of this company for 14 years, and during that time I have been in close contact with all aspects of the company because our operational capabilities work closely together with the creative teams in product development. So I have a broad experience and insights in all corners of the company.”

The company reported record revenue in 2016 but you noted sales growth was slowing, particularly in the second half. Is this a sign that the recent boom years are coming to an end?

“For the past many years we have seen supernatural growth. It has been exciting but also unsustainable in the long term. What we are seeing now is a return to more sustainable growth rates and that is also what we expect in future.”

You recently opened a factory in China. How important do you consider the country and the wider Asia and Middle East for your future growth?

“Asia is very important to the group – in particular China has a huge potential, and we continue to see strong growth. The factory in China, which was officially opened in November 2016, will enable us to bring products to even more children across Asia in future. It is however equally important for us to continue working to further build our presence in older core market regions such as Europe and the US.”

How do you expect the opening of LEGOLAND Dubai to affect your sales and awareness in the Middle East region?

“We don’t know at this stage. The LEGOLAND parks are owned and operated by Merlin Entertainments – not the LEGO Group. As such the success criteria for me is first and foremost that that visitors leave the LEGOLAND parks and truly feel they have had a great day with a lot of fun and excitement.”

“We are continually adjusting our organisation to meet the demand we see globally. At this stage we have no plans to share for investments in the Middle East.” 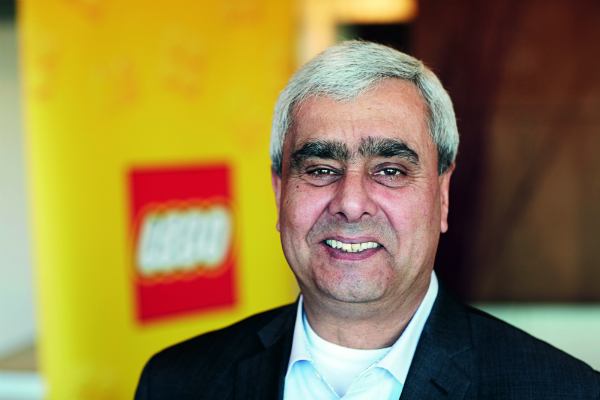 Partnerships with popular film franchises have led to some of LEGO’s most popular sets and products, are you looking to expand any of these relationships into new areas in the years to come?

“We aim to have a healthy balance between our own homegrown product lines and products based on other licenses. If you look at the best-selling themes in 2016, out of the top five only one theme was based on a franchise – LEGO Star Wars. The others were LEGO City, LEGO Friends, LEGO NINJAGO and LEGO DUPLO.

“We are very mindful to collaborate with select partners and choose the stories that translate into inspiring and fun experiences. As an example, we have a longstanding collaboration with Disney on very popular themes such as Disney Princess as well as LEGO Star Wars.

In 2015 LEGO was subject to controversy when Chinese artist Ai Weiwei was refused bricks for an artwork on political dissidents. How did the incident impact your policies and is it difficult to manage the brand’s image in a world now connected via instant messaging and social networks?

“As one of the most reputable brands in the world and an iconic global brand it is only natural that many stakeholders have an opinion on what we do and how we act as a company. That is part of operating a global company which is very visible.”

What are some of the new products you expect to drive sales this year?

“We have several hundred new products on the market each year, and all of them have been developed by dedicated designers working to deliver a truly exciting and fun experience – so we hope all of them will be popular. We have a great line-up in LEGO CITY, we continue to build the story and products of LEGO NINJAGO theme. And our LEGO Friends theme is entering its sixth year on the market and we have hopes for that as well. Ultimately the children all over the world will decide what experience they find most fun and relevant.”

Given how children are increasingly using tablets, smartphones and computers to play, how are you making sure the company stays relevant?

“While we firmly believe that the physical brick and hands-on building experience will remain relevant to children in future, we are actively seeking to explore how digitisation can enhance the physical experience of play. Allow me to name a few examples.

“In 2016 we launched LEGO NEXO Knights, where children as a part of the play experience can scan brick shields – that are part of the physical set – with the camera of their smart device in order to gain powers in a digital game where children play the characters of the NEXO Knights story. This is an example of how we work to create a seamless play experience for children – allowing them to build and play in the physical world as well as digitally.

“Another example is the Life app that was recently launched in several countries. It is a social media platform where children from all over the world can share their passion for LEGO play in a safe digital environment. This is an example of how we can create a fully digital experience that complements the physical experience and allows children to engage with other children – across cultures and borders.

“A third example would be LEGO Boost, which we are launching later this year. Thist allows children of a young age to physically build robots that they can easily programme afterwards. This is an example of how we can embed digital experiences in the physical product – while enabling children to learn more about coding in a really fun way.”

Do you have a favourite LEGO set or product?

“My personal favourite theme is the Technic series, but I am also very fond of the new Brickheadz that was release recently – I really like the building experience.”