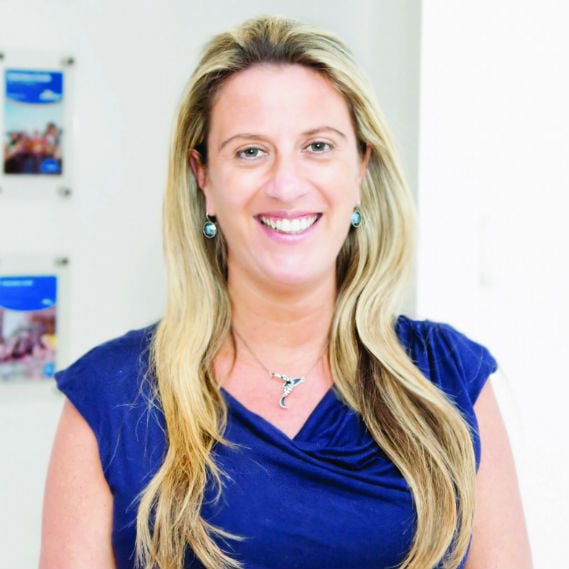 It is difficult to imagine that a multi-million dollar company with 6,000 merchants, 1.7 million customers using 400 million vouchers, was started with just Dhs120,000. But that is the true story of the voucher company Entertainer.

Donna Benton, the 38-year-old CEO of the Entertainer started the company back in 2001 after she identified a market need for both providing consumers with dining incentives, and enabling restaurants to reach new customers.

“At that time only 10 per cent discount cards were available in Dubai,” Benton said. The Entertainer filled this gap by providing ‘buy-one-get-one-free vouchers’ to the best restaurants, cafes, nightspots and attractions.

Benton did a three-year feasibility study and put into order the merchant legalities and distribution networks.

“It was challenging but exciting. The first two years were the hardest. But merchants saw the benefits with incremental spend for customers and always having a paying partner. Even for customers, the savings benefit was obvious,” Benton said.

“Due to this we made profits in the second year itself and now clock an average of 30-40 per cent profitability annually,” Benton said.

The Entertainer’s success was so visible that in early 2012, Abraaj Capital acquired a 50 per cent stake in the company.

“We have great shareholders with whom we have entered multi-million dollar deals,” Benton said, though she refused to divulge details.

The Entertainer Group is now active in every GCC country, as well as Cyprus, Singapore, South Africa, Lebanon and Egypt.

Its Asian headquarters are in Singapore. The Entertainer also publishes books for Bahrain, Kuwait, Oman, Cyprus, South Africa, Singapore, Lebanon and Egypt. By the end of 2013, the Entertainer will be in 23 destinations and 16 countries.

“Even during the recession, we never pulled out of a market. Singapore, the UAE and Cape Town have been the best markets for our company,” Benton said. “In 2014, we will enter London, Johannesburg, Hong Kong, Malaysia and Jordan. We are also looking at markets like Kenya and Istanbul.”

Benton divulges the company’s future plans, “In 2014, we are launching a digital platform with mobile applications and digital books. It will be location-based where customers can buy and redeem vouchers on the phone. This will be especially useful for those customers who are travelling as it will be valid worldwide.”

The company currently has more than 100 employees worldwide, with around 70 based in Dubai. “We have a new employee every fortnight and are expecting more new hires.”

With the surge in voucher companies, especially online ones like Groupon and Cobone, how does Benton see the competition? “I analyse competition, but do not focus on it too much. Daily deal websites are more tactical, commissionable, while we are about longevity. We have a closed membership group and a different merchant group. We also have a huge online retail presence offering discounted prices on websites and monthly memberships.

“There will always be copycats but my focus is on growing the company. You have to work like you’re number two so that you stay at number one.”

Benton has used her passion and enthusiasm to drive the company from a Dubai book to a Dubai-based international brand. What is her advice for entrepreneurs? “You need to do a feasibility study, believe in what you do, be prepared to work hard and have strong work ethics as there will be tough times.

“I’ve had the same merchants for the last twelve years in business, and the key to that is that you must have a good brand or concept, produce results, and be passionate.