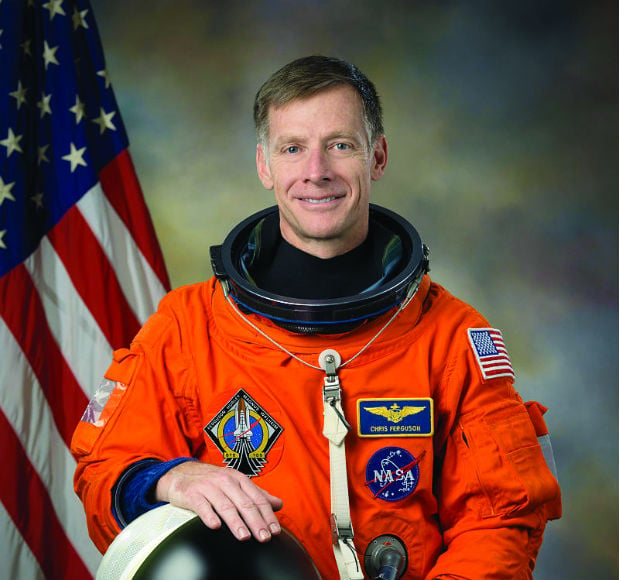 It’s not often one gets a little bit intimidated in journalism. But then, its not often you get to sit in a room with a bona fide former astronaut.

Chris Ferguson is just that. Highlights of his more than 40 days in space include piloting shuttle STS-115 Atlantis, commanding STS- 126 Endeavour and leading the final shuttle mission of STS-135 Atlantis. When done with the space exploration, Ferguson also served as deputy chief of the Astronaut office.

Speaking on the sidelines of an event in Abu Dhabi, the space veteran comes across as a man fulfilling his childhood dream.

“I watched men walk on the moon when I was a kid and I never looked back, I knew I always wanted to do something like this,” he says.

Now as director of crew & mission operations for Boeing’s Commercial Crew Programme, the retired US Navy Captain is looking to the next phase of space travel, with a craft that could be the beginning of a commercial space industry.

Following the end of the space shuttle programme in 2011, the US was left without the ability to send astronauts back and fourth to space, forcing the country to rely on old rival Russia for the capability for the last three years.

This changed in September when NASA announced the selection of Boeing’s Crew Space Transportation-100 (CST-100) and SpaceX’s Crew Dragon spacecraft to transport American crews to and from the International Space Station (ISS), with the goal of ending the nation’s sole reliance on Russia in 2017.

“Some of the more vocal members of Congress have been questioning why we’re relying on the Russians to do this, and I think that there is a certain amount of support in bringing the business back to the US from their perspective as well,” admits Ferguson.

The move broke new ground in that it effectively turned over low-Earth orbit transportations to the private sector for the first time, where as previously, the acquisition plan was a government run and managed programme, subcontracting out parts of each individual spacecraft.

“This project is being run uniquely in that the government is underwriting the development. But when you add the investment by the individual competitors to it, and we agreed to some minimal level of requirement compliance,
we’ll have a system where largely the intellectual property belongs to Boeing and we provide a fee for service to transport astronauts back and fourth,” says Ferguson.

Describing the deal as “like a rental car model”, Ferguson says even though its Boeing’s vehicle, NASA astronauts will be piloting it, with the company renting the rocket to send CST-100 to space, then processing the craft when it returns to earth, using the reusable portions to get it ready to go again in six months.

But while NASA, with its fixed $4.2 billion contract, is what Ferguson describes as the “flagship customer”, Boeing is willing to explore other opportunities out there, he says.

The Bigelow Commercial Space Station is one such example. The private orbital space complex under development by Bigelow Aerospace was originally planned to be ready for client use in 2015, although its current timetable is unclear.

“They [Bigelow] will need launch services, and return services for payloads and for astronauts. So if you had to extrapolate five or ten years down the road, where do we see ourselves? It’s involved with a programme like that,”
he says.

“Ultimately we’ll own the rights to it [CST-100] and be able to use it in whatever way makes good business sense for the company.”

Which poses the question, is this the infancy of a commercial space line?

Ferguson suggests it’s “probably premature” to give the Commercial Crew Programme that title, but he does draw parallels with the beginnings of commercial aviation.

“If you go back a hundred years and look at the way commercial aviation got started, first by hauling mail so to speak. So we flew mail around the country and then when we were confident enough in aircraft, we started flying people around the country.

“Right now there is a what is called a Commercial Orbital Transportation Services (COTS) contract. Both SpaceX and Orbital Sciences transport cargo up to the ISS. So if you think about that as the mail the next logical step is the people,” he says.

For now, the former astronaut is keen to see what the business grows into, recognising opportunities for those with a national endeavour to develop their own space programme, whether it’s for commercial research or personal interest.

“There are plenty of reasons to go and I’d like to think the market will establish itself,” he says.

One such application for the future could be space tourism, Ferguson reveals, recalling the seven- tourist passengers who flew to the ISS aboard a Russian Soyuz spacecraft from 2001 to 2009, each paying an estimated $20 to $40 million.

“We will likely assume a similar [tourism] model provided all the appropriate agreements are signed with the ISS programme, but I think that they almost expect us to ask so we’ll see how that materialises. Certainly the foundation has been laid,” he says.

Given the UAE’s sudden interest in space exploration, with plans to send an unmanned probe to Mars by 2021, Ferguson also sees opportunities in the GCC.

“Perhaps that same spark is simmering in a lot of men and women here in the UAE,” he says, referring back to his drive to become an astronaut after seeing the moon landings as a child.

“We’re very eager to collaborate, not just in the commercial aeroplane business but also potentially in the space business.”