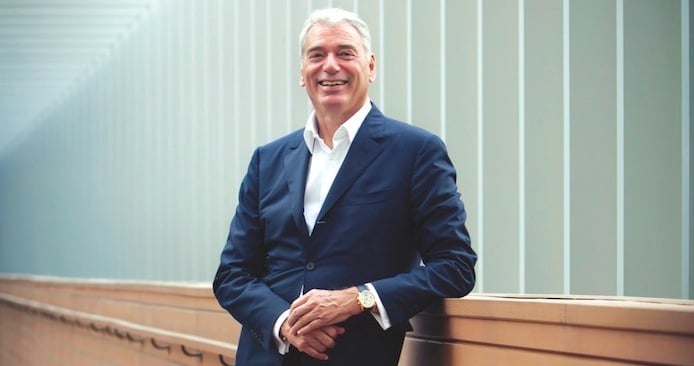 The Middle East has long been on Parmigiani Fleurier’s radar, according to CEO Jean-Marc Jacot. The Swiss watchmaker’s partnerships with regional retailers are almost as old as the company itself. Dubai was in fact the location for the company’s first worldwide mono-brand store in 2007.

But now, given the emirate’s growing role in the global luxury goods market, the Parmigiani chief sees an opportunity to extend the company’s presence even further.

The opening of a new fully-owned distribution subsidiary for the Middle East, India and Africa this year is expected to be a stepping stone for regional expansion.

“We already have a great network of retailers and partners but the creation of a subsidiary is of course a means of expanding our brand, in operations and commercially, but also through an increased visibility in marketing and a closer contact to our customers in this part of the world,” he explains.

A MARKET FOR LUXURY

Parmigiani has always believed in the “great potential” of the Middle East, says Jacot, but figures from the global luxury market give some context as to why the hand-finished watchmaker and competitors are turning their attention to the region.

According to the Lens on the Worldwide Luxury Consumer report by consulting firm Bain & Company, Middle Eastern consumers have the highest per capita spending on luxury goods, at approximately 1,400 euros per year. More than double the global average of 650 euros.

Dubai accounts for 30 per cent of the Middle East’s luxury purchases, half of which were made in Dubai Mall, but Parmigiani’s decision to base the subsidiary in the emirate was not only due to the “huge potential” of the UAE market, according to Jacot.

“Dubai, being a tourism hub, is a great window to the rest of the world, where we can be visible as a brand to support the work done in many other locations, including key markets like Russia and China.”

Jacot expects Middle Eastern sales to account for 20 per cent of Parmigiani’s worldwide total in the next five years, but given the nature of the watchmaker’s operations, he is also cautious about expanding too quickly.

“We need to be careful in managing our growth properly, because all our timepieces are hand finished. This means that 10 per cent growth for us goes hand in hand with a 10 per cent personnel increase.”

A more traditional approach to watch making, with hand-finished timepieces, has always been at the centre of the Parmigiani Fleurier brand. Its founder Michel Parmigiani graduated in 1974 during the so called ‘Quartz Crisis’, when Swiss watch makers were caught off guard by the rise of cheaper and more accurate quartz movements from Japan. Despite some 90,000 job cuts in the industry and against the advice of many, Parmigiani opted to open his own workshop in Couvet in 1976 with a focus on traditional watchmaking.

In the years that followed, he dedicated himself to restoration, while manufacturing unique pieces for collectors on the side at his small workshop Mesure et Art du Temps.

It was in this line of work some four years later that he had a chance encounter with the curator of the Watchmaking Museum in Le Locle, who was in charge of restoring the vast Sandoz family pocket watch and automaton collection.

Effrène Jobin encouraged the family to take Parmigiani on to help with the restoration of their collection and in the following years they came to realise his talent for producing watches. This eventually led the family to invest in Michel Parmigiani through their Sandoz Foundation investment company, establishing Parmigiani Fleurier in 1996.

The company was founded on the principal of being an authentic brand, and with this the need was seen for Parmigiani to manufacture its own movements. In 2000, Jacot helped the company achieve this vision, when he was hired following a career spanning watch giants Seiko, Bulova, Omega and Ebel. With his help, and the acquisition of several small suppliers, Parmigiani became a vertically integrated watchmaker, producing 5,000 timepieces a year.

Through its hand-finished approach, Parmigiani has been able to embark on a number of unique timepiece partnership opportunities, with high profile names Jacot describes as sharing a “similar mindset”.

These include high performance carmaker Bugatti, Italian jeweller Pomellato and most recently, the Brazilian Football Team Federation, the CBF, at the 2014 FIFA World Cup, where Parmigiani produced a collection of watches in honour of the Brazilian side.

“What we gain in partnerships is increased innovation, opportunities to grow and increased visibility,” he explains. “Our different partners also choose to collaborate with us because we are one of the only independent and verticalised manufacturers in the business, and that this allows us to create customised watches reflecting the essence of both brands.”

Following the launch of its ladies collection in 2006, the company also embarked on the Women of Exception project to recognise women from around the world devoted to the fields of science, medicine, business, sport, art and culture. A new watch was presented to nine women, including a German horse rider, Russian art museum director and a Singaporean doctor. “This title has nothing to do with celebrity, fortune or status; it is a distinction that acknowledges merit – an expression of admiration,” says the Parmigiani chief.

Looking ahead, Jacot says Parmigiani will be focussing on developing its existing partnerships and on creations that are in line with the company’s brand identity, rather than “innovations in design”. However, he does express an interest in smart watches, suggesting they will be “interesting to look into” once the technology is ready: “Parmigiani Fleurier sells objects of desire, while smart watches, to me, are designed as an ‘instrument’. These are two very different markets, but I believe they can co-exist and feed each other’s innovation path,” he asserts.

This year, the watch chief says the company will be focussing its Middle Eastern efforts on the Tonda Métro Line, which launched in Dubai in May, with other new lines in the pipeline. But although he admits the company’s major challenge in the GCC is to build awareness and grow visibility, he once again emphasises the importance of Dubai for growing the Parmigiani Fleurier name.

“Most people today travel for shopping, and the GCC is growing into a wonderful platform for tourism and shopping opportunities. Dubai in particular is key for us to serve our customers coming from all over the world, but also to raise our visibility as a brand and build the awareness and the desire we hope to entail.”