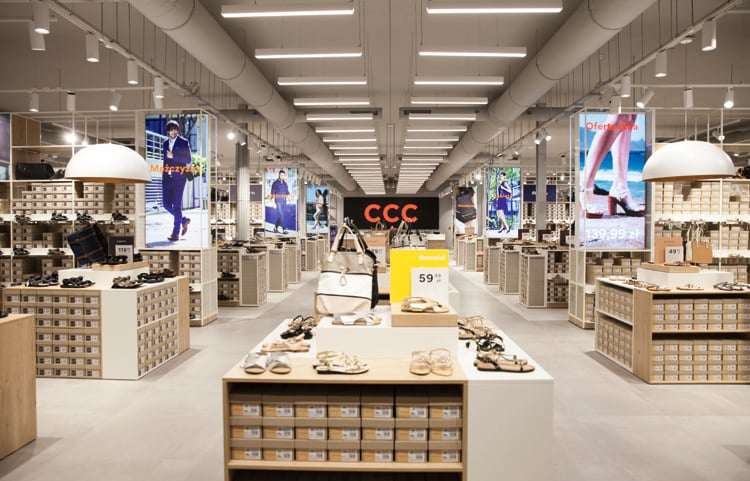 For many traditional brick and mortar retailers in the Gulf Cooperation Council the last few years have represented a period of contraction rather than growth.

Factors linked to the lower oil price including reduced consumer spending have challenged the margins of many businesses at a time when they are facing new competition from e-commerce players and government legislation including a 5 per cent value added tax.

But it is within this context that Dariusz Milek, the billionaire chairman and president of Poland’s CCC Shoes and Bags, is approaching the region with major expansion plans.

In January, the company signed a 10-year franchise deal with UAE-based conglomerate Apparel Group for an initial 60 stores with a total area of 40,000 square metres and online sale’s through the company’s e-commerce platform and channels.

And it is clear for the man sometimes dubbed Poland’s ‘king of shoes’ for his leadership of the country’s largest retail company that this is only the beginning.

“We look at this market as 50 million people and the store potential is at least 200 stores,” he reveals without the slightest hint of exaggeration.

“What we have put into the contract with Apparel is a minimum 60 but this is a safe number.

“If we are successful in getting to the customer then actually we’ll be swimming not in a small lake but an ocean, and an ocean for us is 200 to 400 stores within the region.”

There is a sense that CCC has every intention of fulfilling these lofty ambitions as the company’s European store network continues to expand.

After growing more than 30 per cent last year it now has close to 1,000 stores, including nearly 450 in Poland alone and a wider footprint spanning Germany, the Czech Republic, Slovakia, Austria, Hungary, Slovenia, Croatia, Serbia, Russia and Bulgaria and franchises in Romania, Ukraine, Lithuania, Latvia and Estonia.

A further 200 are planned this year as the company prepares to sell 60 million pairs of shoes in the next fashion season, equivalent to more than a pair for each and every person in the GCC.

“We don’t know any company growing at comparable rates to us, and why? Ultimately customers choose us. Customers choose to go to CCC stores and we feel and we believe this story will be repeated in the Middle East.”

For 2017 as a whole, Milek says the company grew 12 per cent in like for like sales and 13 per cent with the addition of online sales from a thriving e-commerce business that accounted for 15 per cent of revenue and is targeted to grow to 25 per cent this year.

At the same time the billionaire’s fortune has also increased following an almost 50 per cent rally in the company’s share price from January 2017 to January 2018 from less than PLN207 to a recent high of PLN310. His net worth is around $1.61bn, according to Forbes, making him Poland’s fourth richest person.

The chairman and president aims to replicate this growth in the GCC region and has begun by visiting shopping centres. Milek says ideally the company will open in all six Gulf countries – Bahrain, Kuwait, Oman, Qatar, Saudi Arabia and the UAE – simultaneously, but will not necessarily aim to be in the top malls.

“We are operating in the mass market category and we sell the product to populations not to CEOs of companies. If you were to compare us to the fashion retailers we are more an H&M approach than Zara approach, so more mass market than pure fashion.”

As a result, he suggests the best location “doesn’t mean the most expensive” due to the broader demographic the company is catering to.

“We do very good business in the average shopping centre category.”

This approach could help the company in markets like Dubai where high rents in major malls have proved challenging for companies in light of weaker consumer demand and higher costs.

Milek suggests the company will be willing to pay rents higher than in Europe, but this will likely even out given the higher taxes in its home market.

“This is a question about retail price and the margin and expectable margin. The most important thing for us is that our competitors have the same conditions and pay the same costs so we run the same race.

“So as long as you know the rules of the game are the same for everybody then we are comfortable even with higher rents.”

But while the company may be approaching the GCC with the same gusto as elsewhere, it is also taking time to adjust its collections in light of regional sensitivities and tastes.

Rather than immediately jumping into the market, the company is taking time to tailor a spring collection that will include some adjustments from its current offering including halal leather materials.

As a result, the first openings are not expected until the start of 2019 and thereafter CCC will adjust its speed of expansion based on the market response.

For a man who admits that he is“driven by winning” after once competing as a professional cyclist, there is a sense that Milek is unlikely to accept any other outcome.

And while he jokes that those days were “30kg or 35kg ago”, from a business perspective he wants the company he founded in 1999 to remain as lean as possible as it rides into 2018, with no plans to enter new categories outside of footwear and handbags.

“Like the cycling analogy, we cannot be both the masters of sprint and masters of mountain biking. We must hold our past focus on one business and the more we continue to do that the better we are in this business, so there is no reason to go astray.”

Amid expectations of an even better 2018 for the company as it capitalises on its entrance into Russia and Ukraine, CCC will surely be one to watch over the next
12 months as its regional openings edge ever closer.