Bell & Ross co-founder Carlos A. Rosillo on the strengths of independent watchmaking

The Quartz Crisis in the Seventies and Eighties dealt a bruising blow to the European watchmaking industry at large, and specifically the Swiss. At the turn of the Nineties though, it began to claw its way back into the limelight, alongside a burgeoning watchmaking renaissance among its neighbours in Germany and France. In 1994, seeking to ride that wave, Parisians Carlos A. Rosillo and Bruno Belamich, decided to embark on a quest to set up a watchmaking brand of their own with an initial investment of $20,000. They combined their names to establish Bell & Ross, with Belamich serving as the creative force behind the brand, while Rosillo drove its business.

Starting from scratch to get a watch brand off the ground can be a daunting task, which is why they turned to the legendary German watchmaker Helmut Sinn to help make the first Bell & Ross pieces. Helmut already had decades of experience manufacturing high-spec tool watches such as the Sinn 140 that went into space and the Sinn U1 which was made from submarine steel. The first few Bell & Ross pieces, made in Frankfurt’s Sinn Spezialuhren manufacture, even had “Bell & Ross by Sinn” on the dial. 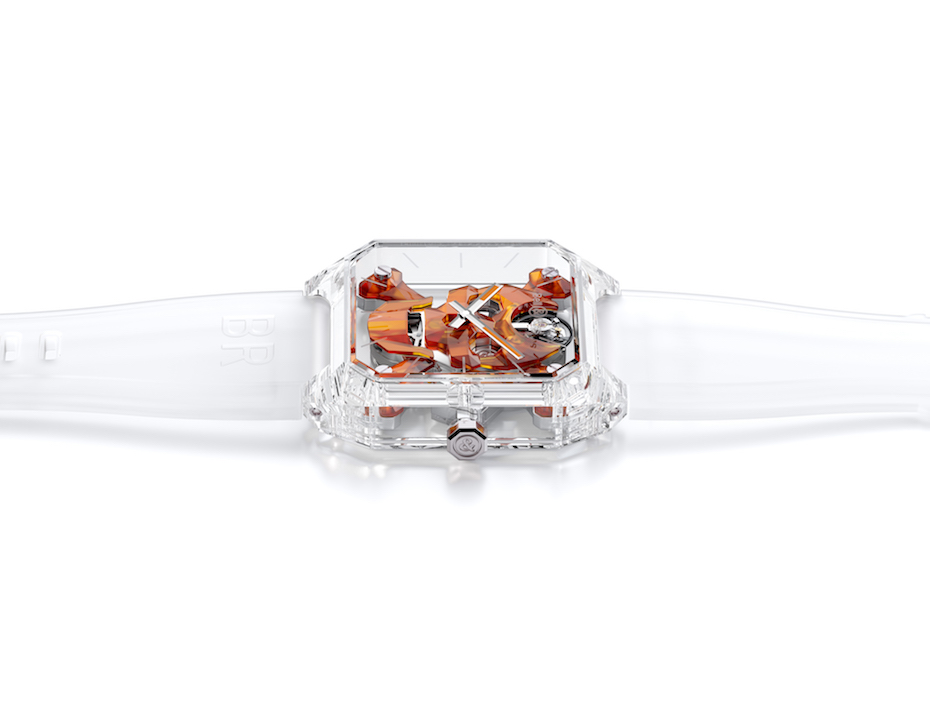 To introduce their brand to the world, Rosillo took the watches to Baselworld in 1994. “We were surprised by the immediate reaction of the people who were really specialists in watches as well as the media and top-level retailers,” Rosillo told Gulf Business in an exclusive interview during a visit to Dubai recently. “We were small in scale, but had a good collection. The top retailers, including those who were carrying the likes of Patek Philippe, came to us. I’m a collector. I know what it is for a retailer to carry Patek.”

Early on, Bell & Ross decided to position their pieces as professional tool watches – not just wristwatches with pretty faces and colourful dials. In 1996, for example, its Bomb Disposal Type watch was ordered for use by bomb squad members of France’s elite GIGN special operations wing. The 1997 Bell & Ross Hydro Challenger meanwhile was tested under conditions that replicated the pressure experienced at more than 11,000 metres below sea level. “The centre of our logo has an ampersand. That ampersand is a union of competence and union of expertise of designers, engineers, watchmakers and professional users,” explains Rosillo of the watchmaker’s positioning.

By 1998, witnessing Bell & Ross’ rising star, Chanel decided to buy a minority stake in the watchmaker. Four years later, Bell & Ross was able to break away from Sinn and instead rely on Chanel’s manufacturing facilities in Switzerland. 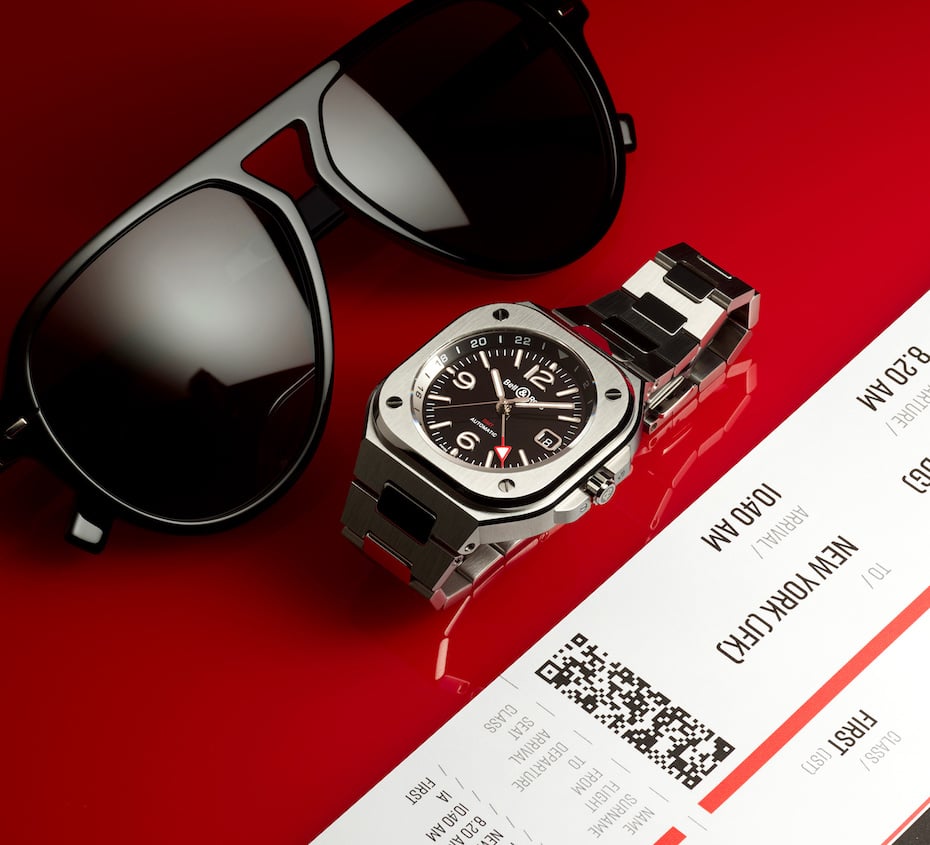 The single most important moment that forever altered Bell & Ross’ trajectory was in 2005 when it debuted the BR 01, whose characteristic design of a round dial in a square case with four exposed screws remains an iconic and emblematic design of the watchmaker. It took inspiration from the design of dashboard instruments on vintage military aircraft, and aimed to create wristbound versions of them. The BR 03 meanwhile featured a smaller 42mm case to suit smaller wrists.

More recently, in 2019, the brand unveiled the BR 05, versions of which were available with integrated steel bracelets. It was intended to be a more urban alternative to the rugged BR 01 and BR 03. Rosillo has an automotive analogy to explain it. “The BR O5 is the evolution of the BR 03, but for the city. Let’s say we have to compare it to a car. Land Rover, when they went from the Defender to the Evoque, they went from country house to the city. With the 05, we have gone into the city with an integrated bracelet, and softened the case too. We now have two icons – the classic 03 which is very robust, like the Defender, and the 05, which is more sophisticated.” While the 05 collection previously featured time-and-date as well as chrono models, last year it introduced its first dual-time zone version in the BR 05 GMT. 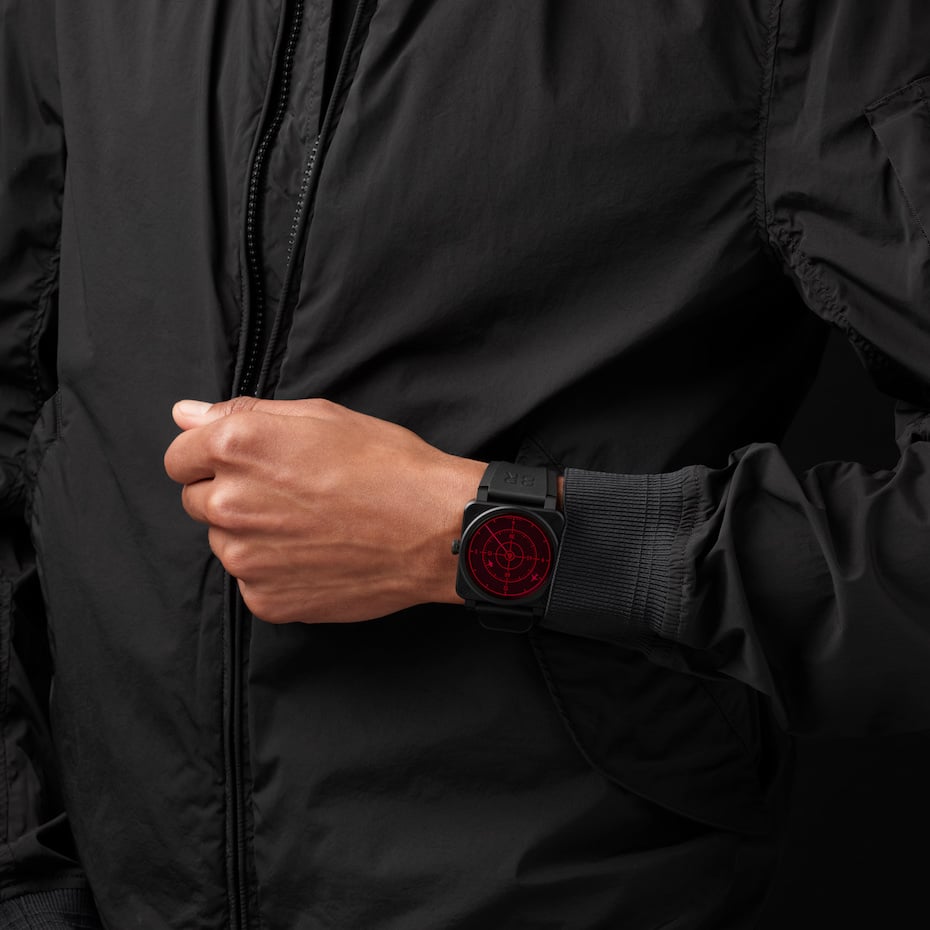 From a small-scale two-man show back in the early Nineties, the brand has grown to one with a truly international footprint. “We are present in 80 countries. In most of them we have subsidiaries or people who are working for Bell & Ross. We have around 600 point of sales around the world, with 15 of them being Bell & Ross boutiques,” says Rosillo.

When we met at the end of November last year in Dubai, Rosillo was visiting the city to attend the Ahmed Seddiqi & Sons-organised Dubai Watch Week.

“When we started in the Middle East initially, it was not a strong market for us. I think one key development was the partnership we then entered into with Seddiqi around three years ago. Working with Seddiqi has been an important move because they have very good brands, they are knowledgeable and customers know the [profile] of the watches [they retail],” notes Rosillo. At the Dubai Watch Week, the brand unveiled a collaboration with Seddiqi, the BR03-92 UAE 50th Anniversary edition which is limited to 50 pieces and was made to commemorate the country’s golden jubilee. 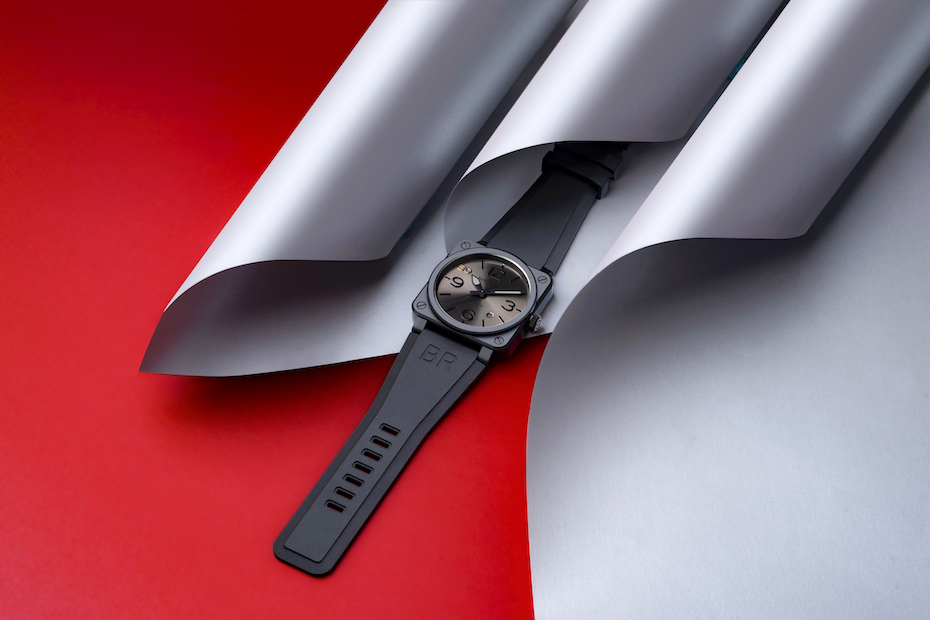 In 2018, Chanel acquired a 20 per cent stake in Swiss watch movement and component manufacturer Kenissi for CHF20m. Apart from a stake in Bell & Ross, Chanel also has stakes in independent watchmakers F.P. Journe and Romain Gauthier. By virtue of Chanel’s deal with Kenissi, and the latter’s expansion of its manufacturing facilities in Le Locle, those independent watchmakers will also have access to new movement and parts manufacturing capabilities. “We don’t own our own manufacture. But with our partnership with Chanel and Kenissi, we have access to their technology. In 2022, we will use this manufacture to develop a new Bell & Ross movement,” reveals Rosillo.

While the average starting point of a Bell & Ross is approximately $4,000, with especially great deals to be had among its classic round cased vintage collection, the brand has also shown that it can successfully command a spot at the much higher end of the market. In November, for the Only Watch auction, it offered up a one-off BR 01 Cyber Skull Sapphire piece which had an estimate of CHF90,000, but ended up being auctioned for well over double that amount at CHF220,000. In December, the brand launched a limited version of 10 pieces based on that piece, each built with a proprietary B&R movement, and priced at $117,000 – nearly five times the overall investment with which Rosillo and Belamich had set up their independent watch brand nearly three decades ago.