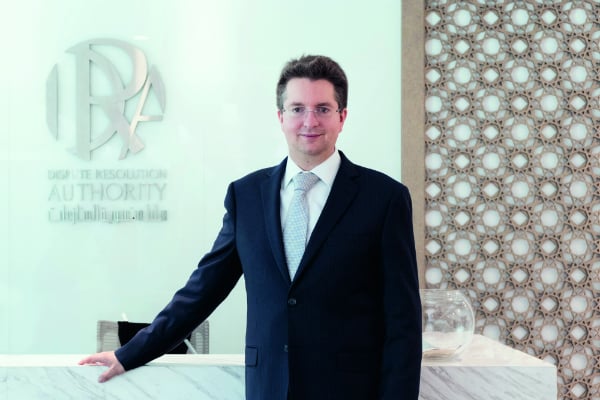 The Dubai International Financial Centre (DIFC) has in many ways symbolised the meteoric rise of Dubai itself.

Since its establishment in 2004, the financial free zone has helped transform Dubai into the Middle East’s financial hub and attracted businesses from across the world. And it is still expanding rapidly.

Figures for the first half of 2017 show 1,750 incorporated companies, a 6.2 per cent increase on the same period of 2016. This number and the nearly 22,000-strong workforce are only expected to increase as upcoming expansion projects including the Dhs1bn ($272.2m) Gate Avenue are completed.

But the key to the free zone’s attractiveness has not just been its allowance of 100 per cent foreign ownership and a guarantee of zero taxes on corporate income and profits for 50 years.

Companies have also flocked to the DIFC for peace of mind, offered by its common law framework and independent and internationally regulated judicial system.

Now, after more than a decade of building the zone’s legal infrastructure up from a tribunal to resolve commercial disputes for entities domiciled in the DIFC, to arbitration services, mediation, an academy of law and a wills and probate registry, the zone is expanding its geographic scope.

“Over the last few years we have seen more and more companies voluntarily and consciously choose the DIFC courts because they know it’s quick, it’s reliable, it’s transparent and trustworthy,” says Andreas Baumgartner, executive director at the Dispute Resolution Authority (DRA) – an entity established in 2014 to oversee the DIFC Courts, Arbitration Institute, Wills and Probate Registry and Academy of Law.

First half figures from the DIFC Courts give some indication of the popularity of the zone’s legal infrastructure, with the workload of the Court of First Instance, including arbitration-related cases and counter claims, growing 57 per cent and the Small Claims Tribunal 90 per cent compared to the same period in 2016.

At the same time the value of cases at the Court of First Instance grew to Dhs7.5bn ($2.04bn) up 118 per cent from Dhs3.44bn ($936.5m) in the first half of the previous year thanks to a particularly large arbitration case, while data from law firm Clyde & Co showed the DIFC Courts were chosen by 76 per cent of regional clients for contracts dealing with mergers and acquisitions.

Based on this growing standing, Baumgartner suggests the next logical step is for the legal arm of DIFC to share its experiences and provide consultancy and advisory services to other would-be financial hubs across the world, in much the same way the zone has benefitted from relations with international partners.

“Has it always been on the map? Not in the sense that it was spelt out in writing but its been a logical journey in terms of expanding the scope of the offering and geographic reach.”

When it comes to establishing a financial or trade hub, commercial dispute resolution is an often-overlooked niche “but absolutely essential for investment decisions and trade decisions”, according
to Baumgartner.

And no matter the size of the project, he suggests a key lesson from Dubai’s transition over the last decade is to be courageous, “think big”, and embrace innovation.
“Nobody would have thought 10 years ago that the DIFC Courts or the DIFC overall would be referred to as a global role model in commercial dispute resolution.

“We have proven it’s possible and it is possible because from the outset we were not just going for the best that was available at that stage but always asking how could we move beyond that.”

Beyond this, Mihaela Moldoveanu – associate director at the DRA – says what sets the DIFC out the most from more established and historic legal systems globally is the pace of change and how recently the zone has tackled many of the issues facing those with similar ambitions today. 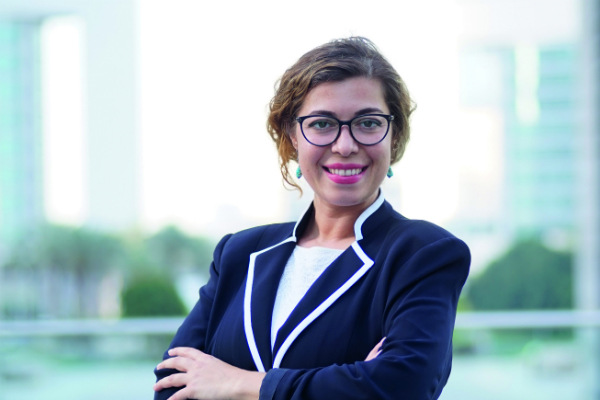 “We have that institutional memory of recent items, of all the challenges and hurdles that we had to overcome.” she adds.

It was perhaps due to this factor that the DRA’s advisory plans took a dramatic step forward last year after the DIFC Courts was selected to advise Kazakhstan’s Central Bank on establishing a commercial court system and arbitration centre in the planned Astana International Financial Centre (AIFC).

“That for us was the proof point that what we were doing was going in the right direction, and also recognised by other entities abroad,” says Moldoveanu.

The timing of the deal is of particular significance for the Eurasian nation, which shares a number of similarities with Dubai and the UAE.

From June to September the country hosted the 2017 World Expo in its capital Astana, an event Dubai itself will host in 2020. Kazakhstan is also undertaking its own diversification plan similar to the UAE and is expected to play a key part in China’s One Belt One Road initiative having been the location where the idea was first mooted by Chinese President Xi Jinping in 2013.

As part of these efforts, the AIFC shares many of the same objectives as the DIFC in wanting to create a financial hub for the Central Asian region in which it is based.

Its officials recognised early on that it would need a Common Law legal system to match, with Kazakhstani companies representing the second largest number of litigants in the courts of England and Wales due to the lack of a similar legal framework back home.

“There was a tendency to basically export litigation and judicial functions to other countries outside their region,” says Moldoveanu.

“It’s much cheaper, more efficient and more result driven if you have your disputes close to where the actual contract is being implemented – where the business is run.”

The DIFC’s consultancy work began in January with an analysis of the legal infrastructure and by June a team presented their recommendations, which are now being rolled out.

The country is aiming to launch a new civil and commercial court and an arbitration centre functioning independently from each other within the AIFC by January 2018.

Beyond this deal, the DRA is also in active discussions with other authorities around the world, on a national and free zone level, with many of the interactions mimicking the UAE’s foreign relations, according to Baumgartner.

This means a particularly strong focus on African countries and other regions within Dubai’s radius, including the Indian subcontinent and Southeast Asia. The organisation has also hosted delegations from as far afield as Central and South America.

“We have a lot of exciting projects in the pipeline and we’d love to share the information with you but unfortunately they are still confidential right now,” Moldoveanu says.

And the organisation is positioning itself to provide a range of consultancy services from the comprehensive – as with Kazakhstan – to specific legal areas. These could include processes and procedures, organisational set-up, IT systems, training and skill-building for legal communities, and even international perception.

DRA’s intention is for the consultancy arm to be a “significant part” of its future operations, with Baumgartner citing his joining the organisation as a signal of its intentions.

But he does insist the organisation will remain focussed on its goals as a public sector authority rather than become a “profit maximising commercial entity”.

“It is not our objective to become a large consultancy organisation. We are a public sector entity – so linked to the government of Dubai – that has the core role of being one of the globally leading commercial dispute resolution entities. This is the mandate that we focus on,” he says.

That said, if the efforts in Astana are anything to go by, it might not be long before we see a new wave of financial hubs emerge based on the DIFC’s successful model.