It’s difficult to win over a dyed-in-the-wool industry veteran about the merits of a watch company after he has spent the better part of three decades immersed in the business and craftsmanship of timepieces. Antonio Calce has, at various points in his career, worked in product development at Panerai, headed up Corum and Eterna and was also the CEO of Girard-Perregaux. You’d assume there wasn’t much more left to impress him – at least until he became an insider at La Chaux-de-Fonds-headquartered independent Swiss watchmaker Greubel Forsey.

Calce started as an advisor to Robert Greubel, one half of Greubel Forsey, in August last year. What he saw from the inside was a revelation.

Counterintuitively, the genesis of Greubel Forsey wasn’t an entity to make watches for commercial production – it was more of an experimental division that was purely focused on R&D and technical innovation in watchmaking. Robert Greubel and Stephen Forsey first met at Renaud et Papi over two decades ago. They left their paid positions in 1999 to together start CompiTime two years later which focused exclusively on innovation in complicated movements, and quite specifically on tourbillons. They started the Greubel Forsey brand together in 2004. That year, they debuted the Double Tourbillon 30° at Baselworld 2004 to a rapturous reception.

R&D and mechanical innovations were noble pursuits for the duo who wanted to take watchmaking back to its roots, but to pay the bills they had to eventually start making watches to sell. “Our focus has been to understand the mechanics of time measurement. Our interest as watchmakers is to research and innovate. Of course, at some time we have to build timepieces

and get collectors to be our patrons to support our work to feed the machine,” co-founder Stephen Forsey told me during a previous visit to Dubai.

The brand has been resolutely small-scale, prioritising research and mechanical innovation above all else. The flip side of this singular focus was that a clear internal organisational structure, retail strategy, communication plans and a vision for growth were somewhat stifled. Enter Calce.

In December 2020, Greubel announced that Calce was appointed to the role of the company’s CEO. “My priority is first to understand the uniqueness of Greubel Forsey, and also to define, with Robert, the next strategical and organisational steps to secure lasting growth,” says Calce. 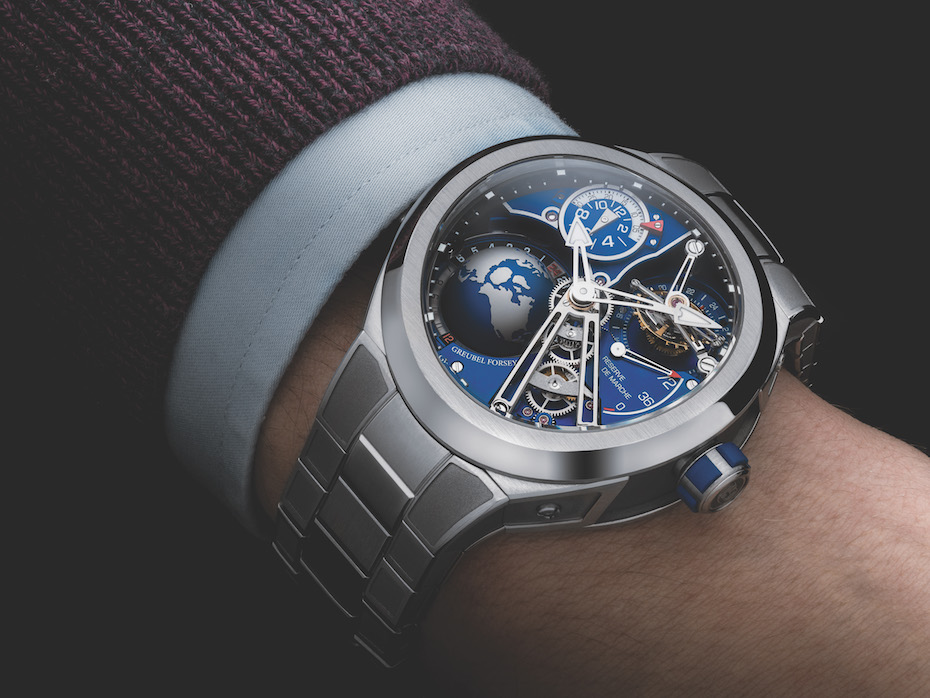 “We are organising Greubel Forsey with the aim of significantly increasing its production by developing a new price segment pillar,” he says. The brand makes roughly only 100 pieces a year, and since its inception, has manufactured less than 2,000 pieces. While Calce intends to put into action a plan to increase production, it won’t come at the expense of the brand losing its exclusivity. “We will still remain a niche brand, with a focus on our quality of execution. At the same time, we have started to significantly reduce the number of our point of sales,” he says.

Calce has had to hit the ground running, joining in the midst of a pandemic, and has hence developed a new strategy for the brand around three pillars: Birth, Growth and Longevity.

“The first one called Birth will be the holy grail of modern watchmaking, in which there will be ultra hi-end complicated timepieces with a predefined number of pieces created each year – for example the Grande Sonnerie, the Hand Made 1 and the QP à Équation,” explains Calce. These are the ultra-high complications that have defined the technical mastery of the brand over the last decade-and-a-half.

The Grande Sonnerie, for example, which broke cover in 2017, features not only a grande sonnerie complication (only a handful of brands including the likes of Patek Philippe, Audemars Piguet and Jaeger-LeCoultre can manufacture a grande sonnerie) but also a petite sonnerie and a 24-second Tourbillon Contemporain for good measure. The Hand Made 1 meanwhile, which was first showcased in 2019, has 95 per cent of the entire watch completely handmade, including the hairsprings. It takes around three years to make a single piece, and it’s that level of devotion to the craft of watchmaking that earned it the overall Men’s Complication watch prize at the Grand Prix d’Horlogerie de Geneve in 2020. The QP à Équation from 2015 is one of Greubel Forsey’s most complicated timepieces ever created. It records and displays solstices, seasons, equation of equinoxes, day, date, year – in perpetuity – and yes, tells the time too. A red gold version with a chocolate brown dial of this timepiece was unveiled earlier this year and priced at CHF670,000.

While pieces north of half a million, and even a million dollars (we’re thinking of the Double Tourbillon 30° in sapphire) are a regular part of the mix at Greubel Forsey, the second pillar of Clace’s strategy is to focus on its price points to make it – relatively – more accessible. “The second pillar called Growth will be about timepieces with a strong identity and visual impact with unique Greubel Forsey design. This pillar will propose timepieces in a new price segment between CHF250,000-300,000,” says Calce, while cautioning, “We will keep the same quality and finishing on each of our products, this will never be impacted.” 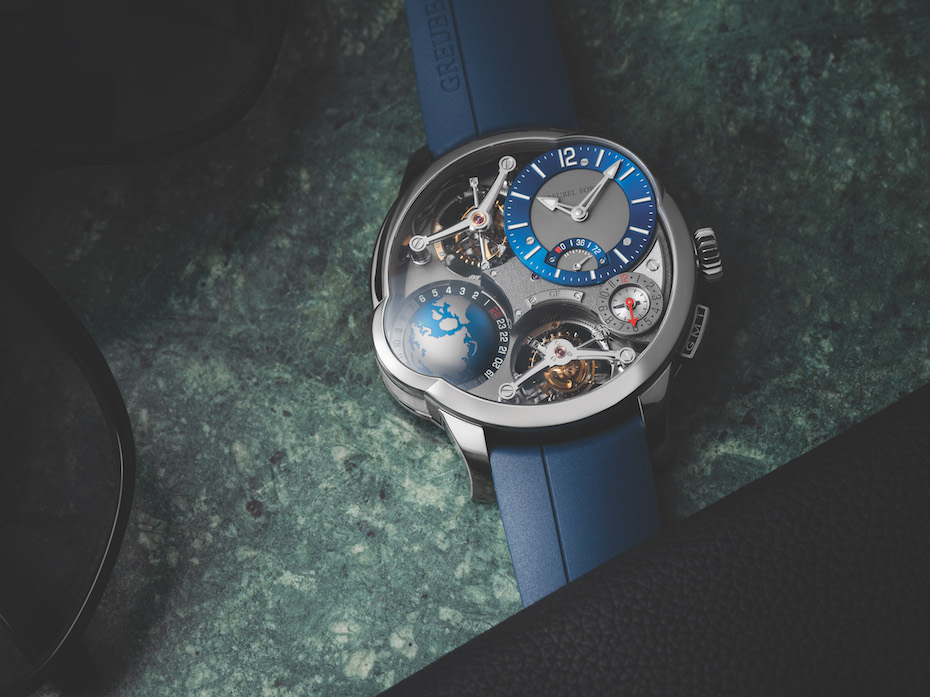 It’s within the third pillar where Calce will be taking deliberate steps to future-proof the brand. “We have the third pillar, Longevity, in which actions will be taken to curate the collection of exceptional timepieces, but also to reinterpret and renew collections.” An example of this could be the GMT Sport which has a titanium globe on the dial that rotates once every 24 hours and a 24-second inclined tourbillon, which was this year released with the first integrated metal strap from the watchmaker in Titanium. It shows the determination of the brand to step out of its comfort zone. Growing the capability of the manufacture will also be on Calce’s agenda. “Each of our timepieces is made at our manufacture, without any exceptions – they are all made in-house. Processes such as design and product development, large-scale R&D within our Experimental Watch Technology Laboratory and case and movement assembly, are all executed in-house. We work with outside suppliers and local artisans, for example on enamel dials, if they are able to offer exceptional quality. If there’s something we can do to a higher standard than external suppliers, we do it ourselves.”

With the new strategy in place, the Middle East looks set to remain a core focus region. “For Greubel Forsey, Dubai will become a very important flagship that will indeed reinforce our relation with Ahmed Seddiqi & Sons. It is more than a partnership that we have with the Seddiqi family, and when you have such a relationship, you go a long way,” says Calce. “We are working on a very important project for Dubai Watch Week,” he adds, without offering any more details of the watch which is expected to be showcased at the watch week in November.

Calce also offers a glimpse into the timepieces that are to come from the manufacture. “We are working on the second semester with one launch during the Geneva Watch Days. 2022 will be a pivotal year during which we will launch new creations.” You can hold him to his word.