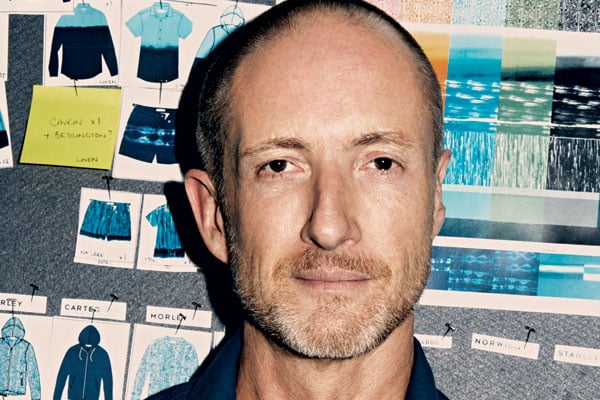 As far as fashion empire-building epiphanies go, a moment of rejection isn’t an often-cited catalyst. But in 2005, that’s exactly what happened when Adam Brown was on a holiday in Rajasthan, lounging by the pool.

When he decided to go to lunch at the restaurant in the hotel, he was asked by the staff to go to his room and change into shorts. “So the idea for Orlebar Brown was not swim shorts, but shorts that you can swim in,” says Brown who built the luxury men’s resort wear brand that was acquired by Chanel last year.

Back in 2005, Brown didn’t have any experience within the fashion-designing world. The late-thirty-something Londoner had spent eight years working in the voluntary sector, raising money for charities, before going back to college to learn photography. He then worked for seven years as a portrait photographer, commissioned by various publications like Harper’s, Telegraph, Daily Mail and Tatler magazine. 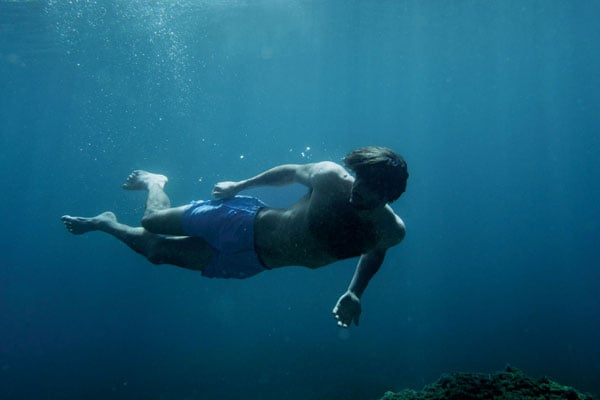 When Brown decided to launch his start-up, he hadn’t worked a single day in the fashion or retail world. But that didn’t faze him.

“The fear of failing was very great, but I knew that I also just had to make this a success,” he says.

He started by tackling the basics. He enrolled himself in a one-week drawing course at Central St Martins and then in a three-day Start Your Own Business course at London’s Portobello Business Centre.

“I did 18 months of research, found a factory, a fabrics supplier, and then made a 1,000 pairs of shorts and started the company from the spare room of my flat,” said Brown who partnered with Julia Simpson-Orlebar (who later left the business) to launch the brand from his Earls Court flat.

The brand launched in 2007 as a digital-only brand. “The first lesson I learnt is that having a website is like opening a shop on the quietest street in the world.”

He admits to having no specific marketing or social media strategy at all, except a plan to tap into some of his former contacts in the media world.

“Twelve years ago, the role of the print editorial was still very important. A few of the magazines that I had worked with during my time as a photographer were very kind in placing my products in their magazine.”

For two years, Brown relentlessly made it his life’s mission to drive traffic to the website, employing Direct Response Marketing, and building relationships with customers from a small database. He used his own savings and even remortgaged his flat.

OB’s swim shorts feature a level of tailoring that you’d be more accustomed to seeing in a pair of suit trousers. The shorts generally pass through a 12-stage manufacturing process, with a few of them hand finished as is the case with the Italian zippers on the back pocket and the fly which are attached by hand. 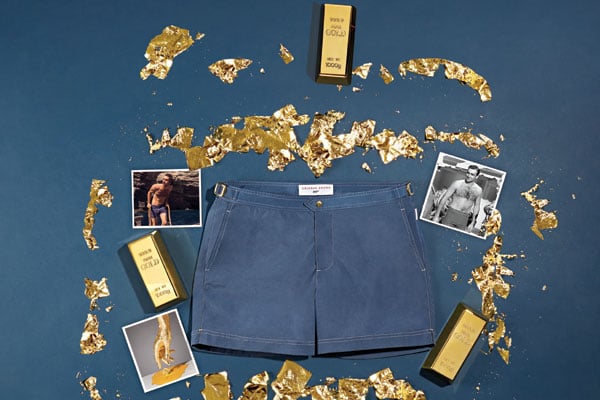 “All our design and sourcing is done in London. Ninety-five per cent of our manufacturing is done in Europe, mostly in Portugal,” says Brown.

“There are a few pieces of outerwear and shoes made in the Far East, but pretty much everything else is made in Portugal.”

By 2010, Brown realised that swim shorts weren’t enough to future-proof the brand and hence decided to enter the ready-to-wear market. For inspiration, he turned to his childhood memories.

“We used to live in Hong Kong and I had photographs of my grandfather in towelling polo shirts. So in 2010, the ready-to-wear collection that we debuted literally consisted of a T-shirt, a towelling polo shirt, a pique shirt and one cotton shirt – that’s all. It was fundamental to take Orlebar Brown out of the pool and into the resort.”

That bet paid off. “The first weekend that we launched the collection was our most successful weekend ever – I did six months of sales in one weekend.”

Business began to pick up and celebrities including Jay-Z, Cristiano Ronaldo, and Tom Hardy became fans. But the biggest boost came a few months later when James Bond wore a pair of OB swim shorts in Skyfall.

The product placement in the movie wasn’t a shrewd marketing gambit, but pure serendipity, says Brown.

“There was no agreement or arrangement. We sent them some products for Daniel Craig to try and our shorts got selected – that was our lucky moment.”

And a lucky moment it was. Sales reportedly quadrupled soon after. That’s when Brown and his team began to get into a prolonged discussion with Eon Productions that produce the James Bond films.

The outcome of those discussions was a three-phase collaboration. The first phase involved the release of four shorts last year based on the artwork of the original film posters. The second phase launched last month.

“The 15-piece piece collection is inspired by vintage themes from Bond films around water – near a pool, in the sea, on a boat – in an Orlebar Brown type of environment.”

You’ll find an olive green safari jacket like Roger Moore wore in The Man with the Golden Gun, or Sean Connery’s baby blue “onesie” from Goldfinger, and even a pleated dress shirt George Lazenby wore in On Her Majesty’s Secret Service.

Another turning point for Orlebar Brown was the transition from digital-only to multi-channel model that involved physical retail stores too.

“We now have 24 stores across the UK, US, UAE, France, Australia, Greece, and others,” says Brown.

The last year has seen a rapid expansion of the brand in the UAE. It opened its first store in Dubai at the One & Only Royal Mirage in March last year, followed by another store at The Dubai Mall in September, and the third one at the Mandarin Oriental in Jumeirah earlier this year.

“Four to five years ago, we saw traffic from Dubai going to our website. Our English customers were going on holiday to Dubai, and posting on their social media from there. There are beaches, pools, it’s warm and people are having a good time – it’s one of those places like Miami or the South of France or Sydney where people go on holiday to have fun and so it’s where Orlebar Brown should be,” explains Brown.

“There is a lot of opportunity. We would like [a store] in Abu Dhabi too.”

At around the time that Orlebar Brown opened in Dubai Mall last September, Chanel announced that it had acquired the company for an undisclosed amount.

“I’ve always been very clear what my personal aspirations were with Orlebar Brown,” says Brown.

“For me I always had a particular goal in mind, whether that was financial, lifestyle, career, or what I could focus on personally. It was important not to put the business under such pressure to grow so fast that it would trip up.

“I love being a part of Orlebar Brown. The value of someone like Chanel is around quality, integrity, and having international opportunity support. Going into that environment has definitely helped secure the next stage of growth for Orlebar Brown.”

The acquisition by Chanel has also meant that although he did dabble in womenswear in 2013, it is a direction that he will not choose for the brand that he remains with as creative director.

“The thing I like about the Chanel deal is that it owns Eres and that gives us real clarity that we will never do womenswear. Eres is the women swimwear brand for Chanel, and Orlebar Brown naturally sits alongside Eres in the men’s world.”

Today, Brown says the brand is about a GBP25m ($31.7m) business and finds itself in a landscape that’s far removed from where it all began.

In 2011, the Orlebar Brown US website was launched. Now, “40 per cent of our business is from America, 30 per cent from UK, and the remaining from the rest of the world,” says Brown.

“We haven’t started in places like South America or the Far East – those are all next challenges.”

Tapping those markets, and product categories, successfully mean OB could double in size in the near-term.

“We’ve just done a full review of the business – no red lights came up. We’re about to implement our five-year plan, which is the first phase of having a way more sustainable approach for Orlebar Brown.

“We’re a small business, and we’re very proud of how we’re doing. But we haven’t even started yet.”