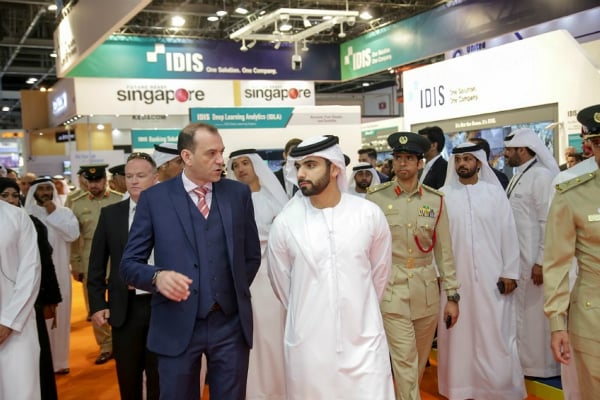 The 20th edition of the Intersec security exhibition was opened to much fanfare at Dubai World Trade Centre on Sunday by HH Sheikh Mansour bin Mohammed bin Rashid Al Maktoum.

Over the next three days tens of thousands of attendees learned of the latest technology for security, safety and fire protection at the world’s leading trade fair in the space.

There was a particular emphasis among this year’s 1,337 exhibitors on new technology, with artificial intelligence, machine learning and cloud computing being integrated into many of the products on display.

Among those on the show floor was UAE-based identification and security solutions provider ScreenCheck. The company used the three-day event to showcase its futuristic biometric and IP camera technology, as well as the integration of artificial intelligence into platforms to cater to industry requirements ranging from retail, to office, government and airports.

General manager Faisal Mohamed said new technologies were changing the nature of the security industry and the role of human beings within it.

“More artificial intelligence and machine learning products are actually incorporated in this domain and it is not going to be like before where people are sitting behind the screen and monitoring the surveillance or monitoring the attendance or access control,” he said.

“All this digital activity will be replaced by automation using artificial intelligence and machine learning.”

Mohamed indicated demand for these solutions was increasing “day by day” particularly due to geopolitical turbulence occurring in the Middle East.

In particular the company is seeing more demand in its “high risk” biometrics areas for identifying individuals. Where as before area this would be reserved for large enterprise applications now products are also available for smaller uses like access management.

Another company at the show, HID Global was using it as an opportunity to showcase solutions for both traditional enterprises and small and medium businesses in the Middle East.

At its booth the company offered a glimpse of its products in the areas of workplace optimisation and trusted identity.

Regional director Wisam Yaghmour said the company was offering products targeting SMBs as they accounted for the majority of businesses in the UAE and wider Middle East and Africa.

“SMB has always been there and we cannot ignore this market,” he said, noting that smaller companies often had greater agility when it came to purchasing decisions than larger enterprises.

In particular this year, HID is also promoting solutions for smart cities and smart buildings given regional ambitions from Dubai and other urban centres. It is also focusing on solutions that migrate traditional on premise security into the cloud to help companies innovate in the space. 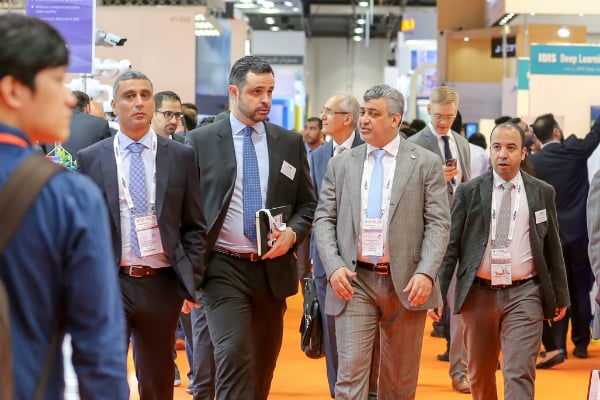 “Yes we see a lot of demand especially from the UAE. It’s really very much on the mind and you’ll be surprised if I tell you its more from the government than the private sector,” he said.

In Dubai in particular, where government departments have been encouraged to be innovative by Ruler Sheikh Mohammed Bin Rashid Al Maktoum, there is high competition among in delivering the latest solutions.

“Yes we have high demand, which is increasing day after day and by 2018 to 2020 the demand will grow higher and higher,” Yaghmour concluded.

Naturally given the nature of modern day security solutions and high definition cameras, there is more data being produced by the security industry than ever before.

Western Digital sought to capitalise on this trend with demonstrations targeted towards surveillance integrators and systems vendors.

Regional sales director Khwaja Saifuddin said the company was using its sixth year at the show to display all of its solutions from micro hard drives for HD cameras to those targeting command centres.

“The opportunity is unlimited because until now people are only collecting data they are not doing anything with that data. As the software starts becoming more sophisticated and more intelligent then artificial intelligence and the internet of things are being integrated into security, enabling applications like facial recognition and data analytics,” he said.

“Actually to do all this you need the best storage solutions on which you save, work analyse and then share.”

Moving into 2018, the company is focussing on surveillance that is online 24 hours a day and 365 days a year and being recorded in the best available resolutions – moving from 4K to 8K.

“There should not be a frame or a second or a fraction of a second in which data is not getting recorded,” Saifuddin added.

But for now he believes companies in the region need to be educated as to why they need to use dedicated security storage solutions, with Western Digital investing money to train channel partners and security product installers to better explain the benefits.

One company that has benefitted from greater market awareness is Traka Assa Abloy, which specialises in key management.

Roshin Roy, the company’s business development manager for the Middle East, said the market was previously unaware of its solution and would manually manage keys via dedicated staff and physical log books.

“We’ve been operating in the Middle East for about three years but the last year saw a lot of consultants specifying not just our product but generally key management systems and our equipment tracking systems. That’s a very positive sign that we see,” he added.

The company has secured business in the region from militaries and police forces, including those in Dubai and Abu Dhabi, and this year used Intersec to showcase its enterprise asset management platform designed to help companies track keys, laptops and other items in different locations.

These and other businesses helped make this year’s Intersec exhibition a success and, as always, even bigger things are expected next year as the event comes of age and celebrates its 21st birthday.