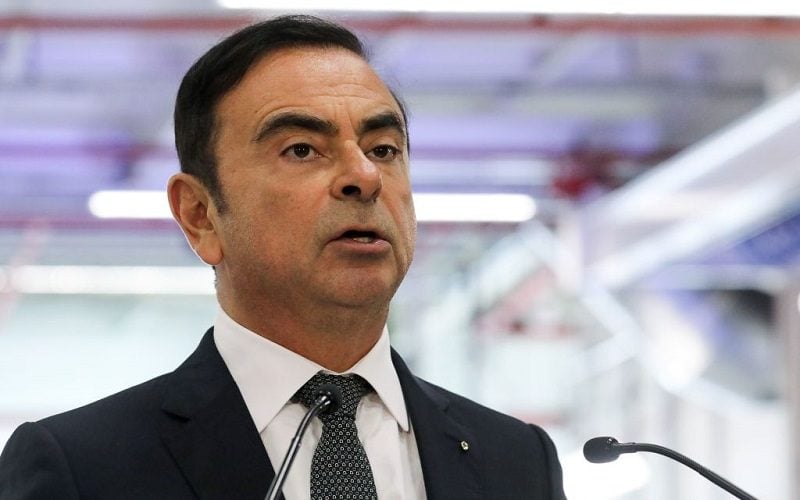 Carlos Ghosn has spent more than a year trapped in a Japanese legal odyssey that’s transfixed the automotive world and thrown his life into chaos. Now, having pulled off a daring escape from Japan to Lebanon, he’s an international fugitive.

But the executive is also free to speak his mind fully, without legal filtering, for the first time since his surprise arrest on the tarmac at Haneda airport back in November 2018. And this much seems likely: The former head of Nissan Motor Co. and Renault SA has stories to tell and scores to settle.

At stake is Ghosn’s entire legacy. Will he be remembered as the brilliant, cost-cutting manager who rescued Nissan and built one of mightiest auto alliances in the industry? Or will he be just another name in a hall of infamy of white-collar fugitives?

Ghosn said in his statement from Lebanon on Tuesday that he would “finally communicate freely with the media, and look forward to starting next week.”

Lebanese authorities themselves pressed Japan to return Ghosn just a week before he fled the country, the Financial Times said. According to Reuters, a private security firm oversaw the escape and Ghosn met Lebanese President Michel Aoun after arriving in Beirut. Aoun’s office has denied the encounter took place.

Either way, get ready for what’s likely to be a blistering public relations assault that will rattle some cages in both Japan and France. Ghosn is planning a press conference on Jan. 8 in Beirut, the Yomiuri newspaper reported. Based on past statements by Ghosn and his wife Carole, here’s a guide to what may be in store.

“I have not fled justice,” Ghosn said in the first emailed statement after his remarkable exit from Japan. “I have escaped injustice and political persecution.” An even more robust indictment of the nation’s legal system is likely in the weeks ahead.

Ghosn’s arrest revived long-standing concerns about the fairness of Japan’s judicial system, where prosecutors can grill suspects repeatedly without their lawyers present and enjoy an almost 100 per cent conviction rate.

Under the terms of the executive’s bail, the courts restricted contact with his family. In his Dec. 31 statement, Ghosn called the Japanese justice system rigged and said his “basic human rights” had been denied, including the presumption of innocence. Those are issues that he almost certainly would have put on the world stage had his case come to trial.

For months, Ghosn’s attorneys have been arguing that all of the charges against their client were bogus, the result of a broad conspiracy among nationalistic Nissan officials, Japanese prosecutors and the government itself.

The goal, according to Ghosn, was to smear him in order to prevent the executive from further integrating Nissan and France’s Renault, a plan that threatened the Japanese carmaker’s autonomy and was vehemently opposed in the highest echelons of Tokyo officialdom.

In April, Ghosn was detained before a scheduled tell-all press conference, prompting his camp to release a pre-recorded video for such an eventuality.

In it, Ghosn spoke of several Nissan executives whom he claimed turned on him to advance their own interests. The original video named the people; that segment was edited out in the version released to the public.

“I’m talking here about a few executives who, obviously for their own interests and for their own selfish fears, are creating a lot of value destruction. Names? You know them,” Ghosn hinted in his video. Now, Ghosn may really be ready to disclose names.

In his video, Ghosn also criticised Nissan’s management for the company’s poor performance, saying they lost sight of the need to move the alliance with Renault forward.

Nissan’s earnings have tumbled to the lowest level in a decade and the stock was the worst performer on the Bloomberg World Auto Manufacturers Index last year (the second-worst was Renault), so he may hit that note again.

In several interviews, Ghosn’s wife, Carole, lashed out at the French establishment for not doing more to help the former head of Renault, who also is a French citizen.

In an interview with the Journal du Dimanche, she said President Emmanuel Macron hasn’t answered her pleas for help. “The silence from the Elysee Palace is deafening,” she said. “I thought France was a country that defended the presumption of innocence. They’ve all forgotten everything Carlos did for France’s economy and for Renault.”

It remains to be seen which talking points Ghosn will hit the hardest. Yet this much is clear: He is a fighter, and he has everything to lose if he can’t pull ahead in the PR war. That suggests his approach won’t be subtle.