Inside the A. Lange & Söhne manufacture in Germany 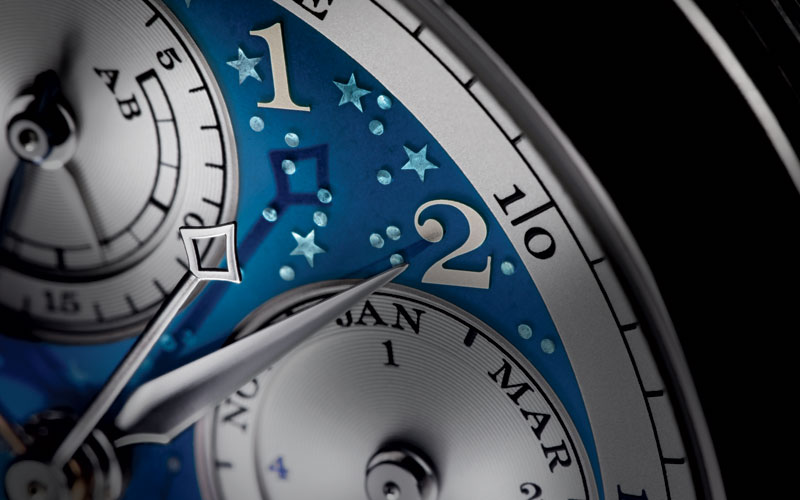 Glory days. Utter decimation. And finally, a heroic rebuilding process. It’s the story of Germany, but it’s also the story of Saxon watchmaker A. Lange & Söhne.

While the Swiss watchmaking industry enjoyed a relatively unhindered period of development from the mid-19th-century onwards, barring the Quartz Crisis of the 1980s and 1990s, German firms have had to navigate a far more treacherous path including political revolutions, two world wars, state appropriation of their businesses, a complex reunification of the country, and several other obstacles before they could get to a point where their watchmaking skills today are at par with the Swiss.

We travelled to Glashütte to understand how A. Lange & Söhne has not only survived despite a four-and-a-half-decade cessation beginning at the end of World War II, but also thrived to become one of the world’s finest watchmakers.

Glory days
There was every possibility that A. Lange & Söhne would be a gun manufacturing business today, rather than a watchmaker. That’s because Ferdinand Adolph Lange’s father was a gunmaker, and back in the early 1800s it was the norm for sons to take over their father’s business. However, following the separation of his parents when he was still a child, FA Lange was educated in a technical school in Dresden by a wealthy family friend. Soon after, he apprenticed with master watchmaker Johann Christian Friedrich Gutkaes.

Gutkaes, an accomplished watchmaker, was regularly commissioned by the ruling royal family of Dresden to create bespoke timepieces. In 1841, he was commissioned to design the five-minute clock at the Semperoper, one of the finest opera houses in Europe. Gutkaes designed it with the help of his students, including Lange. Lange at the time had recently returned from his travels to France and Switzerland where he had spent time learning about the artistic crafts and technical nuances of watchmaking.

The success of the Semperoper clock project (that clock still exists today) meant that Gutkaes was appointed as court watchmaker the following year. At around that time, Lange received his master craftsman’s diploma, married Gutkaes’ daughter, and began searching for opportunities to branch out on his own. But with limited funds at his disposal, he began to write to the state government to seek monetary assistance.
After nearly two years, the government agreed to loan Lange 5,580 thaler (an equivalent of $870,000 in today’s currency) on the condition that he leaves Dresden and set up the business in a nearby small town of Glashütte in the Erzgebirge Mountains, south of Dresden, which was at the time a mining community that became impoverished after the depletion of the regions’ ore mines.

In 1845, he set up his watchmaking business employing 15 locals, each of whom was assigned a specific task ranging from producing screws and tools to positioning the dials and fitting the cases. The Lange manufacture served both as a watchmaking school and a watch manufacture.

The production gradually expanded and in 1868 and 1871, Lange’s two sons – Richard and Emil – joined their father’s business. It marked the beginning of a tremendously successful period for the company wherein Richard focused on the technical development of the watches, while ace salesman Emil took the message of Lange across Germany and Europe – one that resounded with powerful aristocratic and ruling families across Europe. In 1898 Kaiser William II presented an elaborate Lange pocketwatch as a gift to the Sultan of the Ottoman Empire during a state visit; Ludwig II, the king of Bavaria ordered a Lange timepiece for his favourite Wagner opera singer Heinrich Vogel; in 1902 Lange made, on commission from an Austrian businessman, one of the world’s most complicated pocketwatches – the Grand Complication 42500 – which featured a grande and petite sonnerie, a minute repeater, a split-seconds chronograph, and a perpetual calendar with a moon phase display enclosed in a gold case.

Technical innovation flourished at the manufacture. In 1930, Richard discovered that by adding beryllium to the balance spring, he could enhance its elasticity – a concept that the Swiss then adopted to create the Nivarox balance spring.

Utter decimation
Despite the war that raged through Europe in the early 1940s, Lange managed to persist in production of its watches. Walter Lange, the great-grandson of FA Lange was conscripted to fight in World War II, but was severely injured which is when he returned home to Glashütte. Unfortunately, on the very last night of war in 1945 the Lange manufacture, which was also the family home of the Lange family, was bombed and therefore production stopped.

As the Russians took control of East Germany, they began to expropriate businesses, land and equipment within the region including that of Lange’s. Walter Lange, to avoid conscription to work in the uranium mines, escaped to Pforzheim in West Germany where he lived until the fall of the Berlin wall.

Rebuilding process
The fall of the Berlin wall was the catalyst for Walter Lange to rebuild his great-grandfather’s watchmaking business. A now 66-year-old Walter returned to Glashütte and had to appeal to the government for his family home and former manufacturing facility to be returned to him. Meanwhile, he partnered with legendary Swiss-German entrepreneur Günter Blümlein who by then was already heading up the Vallée de Joux-based Jaeger-LeCoultre and the Schaffhausen-based IWC.

Blümlein, along with Walter, kickstarted Lange’s operations and by 1994 presented their first collection in the Dresden castle that comprised of four timepieces: the Saxonia, Arkade, Pour le Mérite Tourbillon and what is now regarded as an icon, the Lange 1. While the Lange 1 featured the famous big-date window inspired by the five-minute clock at the Semperoper, the Pour le Mérite Tourbillon pushed the envelope of technical innovation by featuring the very first fusée-and-chain mechanism in a wristwatch making it more precise and power efficient.

By 2001, Blümlein sold IWC, Jaeger-LeCoultre and A. Lange & Söhne to the luxury conglo-merate Richemont. He passed away months after the deal was struck, but the acquisition by Richemont set Lange on an irreversible path to an accelerated programme that saw it increase production as well gain further global recognition. It opened its first boutique in Dresden’s Neumarkt district in 2007 (other outposts subsequently followed in Dubai, Singapore and Shan-ghai, among other cities), and five years ago it even opened its second manufacturing facility (right across the road from its existing one – which is still in operation). 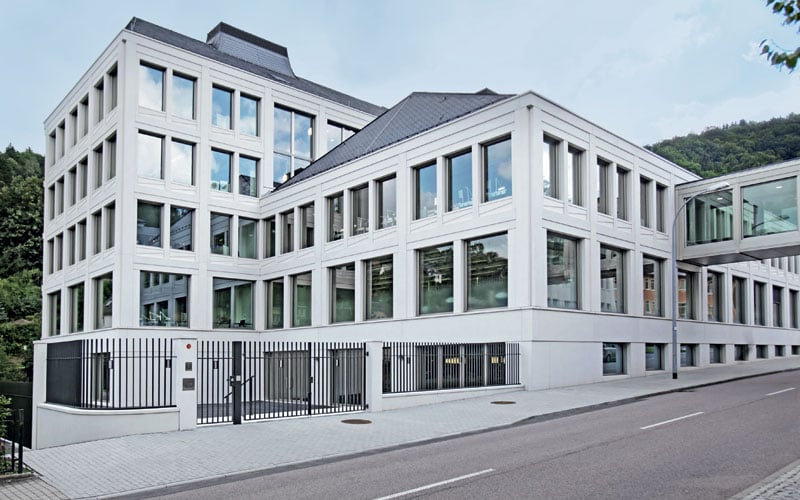 Manufacture visit
Ferdinand Adolph Lange brought watchmaking to the otherwise impoverished region of Glashütte back in 1845, a chocolate-box town that today houses other watchmakers like Gashütte Original, Nomos and Moritz Grossmann. When Lange opened its second manufacture in 2015, it was none other than Germany’s chancellor Angela Merkel who visited to inaugurate the facility, as did the Riche-mont chairman Johann Rupert.

In January this year, we found ourselves beginning our manufacture tour visit from within the old manufacture structure which now houses the finishing department comprised mainly of women. We watched as they undertook dexterous tasks including circumferential polishing and chamfering of movement components, including the three-quarter plate – a hallmark of Lange timepieces, invented by FA Lange himself – made of German silver and covering three-quarters of the movement.

There is a steely determination to the work they do here including meticulous attention paid to the parts of the watch which you will never see – for example, a member of this department could spend up to two days on the backpolishing of a tourbillon bridge which will always be out of sight. While there are engraving and technical watchmaking schools in Germany and Switzerland, polishing is a skill picked up on the job itself.

A bridge connects the old manufacture to the new one that opened in 2015. Once we crossed over to the new manufacture, we made our way to the engraving department where every single Lange watch will pass through the hands of one of the six engra-vers in this department.

The penultimate watches that come out from this department include the Handwerkskunst models – there have been only six editions to date, with the most recent one being the 1815 Rattrapante Perpetual Calendar Handwerkskunst that was limited to 20 pieces and was the first time when enamel art and engraving were combined on the dial.

Today, there are a total of six product families within the Lange collection including the Lange 1, characterized by its big date display; Zeitwerk collection which debuted a decade ago and was the first mechanical wristwatch with a jumping numerals mechanism consisting of three discs; the Saxonia collection primarily consists of simpler two-hand models; the 1815 collection meanwhile is named after the birth year of FA Lange and includes high complications including perpetual calendars, tourbillons, chronographs and minute repeaters; the Richard Lange collection also features complicated watches like the Terraluna with a focus on precision and accuracy; and finally the most recent addition is the integrated steel bracelet Odysseus timepiece which was launched at the end of last year to commemorate Lange’s 25th re-founding anniversary.

After our visit to the engraving department, we donned white coats, slipped into shoe mitts and made our way to the watchmaking assembly division where all the watches are assembled. The Lange 1 is perhaps the most emblematic Lange collection. In a brightly lit space, we came across a team of around 12-15 members responsible for every single Lange 1 timepiece produced, each of which is assembled by hand, twice over. A member of the team assembles all the components, then passes it onto a colleague who checks it for accuracy, and then onto another member who will disassemble and reassemble it for the second time to make sure that none of the components were damaged during the testing phase.

Next, we visited the chronograph assembly department who were, on the day we visited, working on the new Datograph Perpetual Tourbillon with a pink gold dial. We were also given a quick demonstration of the workings of a constant-force escapement – Lange has four of them – that has made its way into watches like the Lange 31 where the twin mainspring barrels allow for a power reserve of upto 31 days.

Finally, we’re led to the Zeitwerk department, that along with the Lange 1, is another signature collection for the German brand. The Zeitwerk collection debuted in 2008 with a very complex movement including a constant force escapement. Within the Zeitwerk department a team of around 15 watchmakers work, but only 2 of them are deputed to work on minute repeaters – an example of the Zeitwerk Minute Repeater, highly limited by production, costs Eur450,000. Within this Zeitwerk department, like in the Lange 1 assembly division, the watches which regularly comprise of over 500 components are assembled twice over. Watchmaking at this level is a relentless quest for achieving near-perfect results.

Way forward
While Walter Lange passed away three years ago, there is an A-team now steering the brand. It is led by CEO Wilhelm Schmid who has insisted that the goal of opening a second manufacture was never to increase production – it still makes less than 5,000 timepieces a year – but instead a means to double down on its watchmaking craftsmanship. Schmid is flanked by Tino Bobe the director of the manufacture and Anthony de Haas, the director of product development who has overseen the development of watches like the Grand Complication, the Zeitwerk Minute Repeater and Triple Split.

The Lange watchmaking juggernaut of today isn’t playing second-fiddle or catch-up when it comes to its standing as a world-class luxury watchmaker. There’s irrefutable proof of that to be found within its manufacture.