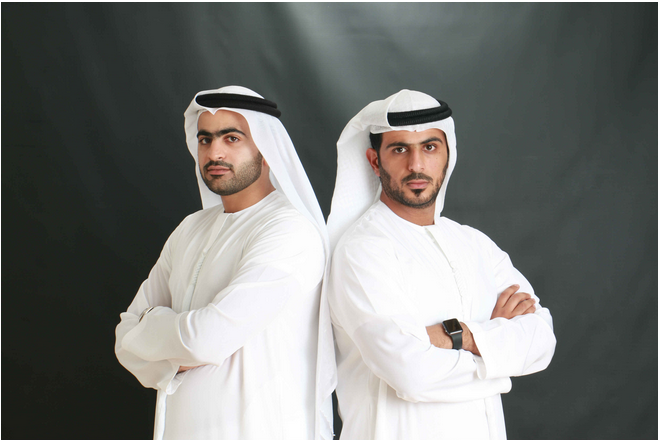 The Gulf Cooperation Council is officially smartphone crazy. Mobile penetration in the region is among the highest in the world and smartphones now equate for around 80 per cent of the overall phone market.

These devices allow users to connect in more ways than ever before and capture some of life’s key moments via the camera lens. But this also means disaster when accidents inevitably happen and the device ends up broken.

According to research, one in three people will break their mobile phone at some point with the average iPhone broken or damaged within 10 weeks of purchase. It was with this in mind that Emirati cousins Khalid and Essa Sharaf saw a clear opportunity. A fast, simple phone repair service that would come to your home or office and fix your device in front of you.

“We knew that consumers depend heavily on their devices for both work and leisure, so it’s extremely inconvenient when something goes wrong and the device breaks,” explains Mobile Aid co-founder Khalid Sharaf.

However, getting the idea off the ground was easier said than done. As a qualified mechanical engineer and former senior project manager at Emirates Aluminium, overseeing projects worth $5bn, Sharaf had the technical side covered. But they were lacking business expertise.

“Essa and I had the idea but we didn’t have the time or exact expertise to create a solid business plan that would help keep costs as low as possible and get the right resources to provide all the services any company needs to start-up,” he says.

It was only when the two were introduced to Sharaf HQ Investments – a company providing business development support in return for a sales performance based fee – that the idea truly took off and Mobile Aid was born.

The business model is simple. Users can ring the Mobile Aid hotline, use the mobile app or fill in a form online to book an appointment. Then the technician comes directly to the customer’s home or office to fix the device with the necessary parts. There is a Dhs 150 call-out charge plus the cost of the repair. The 10 per cent of devices that cannot be fixed on the spot are taken into the company’s lab and returned within three days.

Sharaf admits the biggest challenge has been recruiting technicians with proven repair and communications skills. “The team is what makes us different and stand out, and finding the right talent is always a challenge,” he says. But the two have found support in other areas from Emirati entreprenuer platform Dubai SME. Mobile Aid officially launched in the emirate in November.

“Dubai SME provided the platform of easy registration, six months after sales commenced they provided us with a loan to help boost our marketing. This money amount is repayable in five-year instalments with 0 per cent interest,” he says.

Now having achieved the necessary backing, the company is hoping to expand in more ways than one. Plans are in place to increase the company’s reach from mainly Dubai and Abu Dhabi to the whole of the United Arab Emirates. The cousins also plan to broaden the firm’s offering, having already launched what they claim to be the country’s first annual mobile phone insurance covering physical damage.

“We are currently working on an exciting new accessories range and expect this to launch in 2016,” reveals Sharaf. In the meantime, the entrepreneur is hoping more Emiratis follow in their footsteps. But having spearheaded projects for youth and engagement as a senior associate with the Expo 2020 Dubai team, he says the signs are positive.

“The UAE is a hugely ambitious and positive country where entrepreneurship is encouraged and supported. Our leaders show us every day that we can aim high and achieve anything. I regularly speak to male and female Emirati students and I’m so encouraged by their ambition,” he says.

The next generation of Emirati entrepreneurs may be a lot closer than we think.