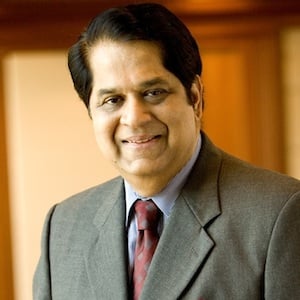 The chairman of India’s second largest IT firm, Infosys, said growth in India could hit nine per cent in 2012.

K.V. Kamath said fears that India’s growth rate could falter due to economic challenges may be unfounded following the country’s Union Budget announcement on Friday 16 March.

“You can see inflation easing, the next steps will be taken in the next four to six weeks. Then you should see the economy start to pick up; when momentum picks up in India it picks up fast, so my estimate is that it will probably cross nine per cent for 2012,” Kamath told Gulf Business.

“In the context of certain challenges, particularly in terms of the dogged 7 or 8 per cent inflationary levels and high commodity prices, the government has managed to keep the deficit at 5.1 per cent. I don’t think it’s a bad balancing act at all,” said Kamath, who is also non-executive chairman at India’s largest private bank, ICICI Bank.

To date, rising inflation rates have compelled the government to hike interest rates 13 times in 19 months, crushing economic growth in the country.

India’s 2012 budget has so far received a lukewarm response in India and globally, widely criticised for its ‘zero risk’ stance.

“The growth momentum is going down in the context of the challenges on several fronts which are externally driven; part of the problem is that commodities are remaining high which ramps inflation up,” said Kamath.