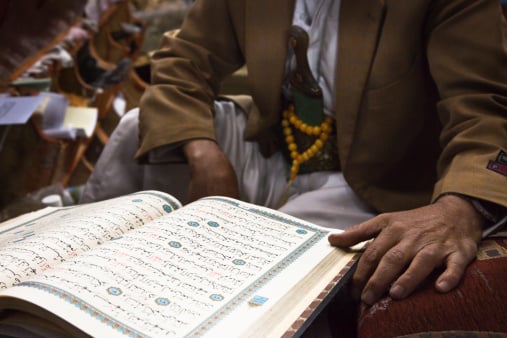 An influential Qatar-based Islamist whose fiery sermons strained ties between Doha and its neighbours sent a conciliatory message to countries he has criticised in an apparent attempt to help end a rift between the Gulf Arab allies.

Sheikh Youssef al-Qaradawi, an Egyptian-born cleric whose sermons have often admonished the authorities in Saudi Arabia and the United Arab Emirates (UAE), said all views expressed in his preaching were his own and not those of Qatar.

“My personal position does not reflect the position of the Qatari government … I do not take on an official position, but just express my personal opinion,” he said in an emailed statement on Sunday.

The ageing cleric used unusually placatory language about Qatar’s neighbours, some of whom he has accused of a variety of failings including being insufficiently Islamic.

“I would like to say I love all the countries of the Gulf, and they all love me: Saudi Arabia, Kuwait and the United Arab Emirates, Oman, and Bahrain. I consider them one country and one house,” he said.

On March 5, in an unprecedented move, Saudi Arabia, the UAE and Bahrain recalled their ambassadors from Qatar, accusing Doha of failing to abide by an accord not to interfere in each other’s internal affairs. Qatar denies the charge.

The three states were especially angry at Qatar’s support for the Muslim Brotherhood, an Islamist movement that reveres Qaradawi and whose ideology challenges the principle of conservative dynastic rule long dominant in the Gulf.

“QATAR IS PART OF ME”

Since the withdrawal of the Gulf ambassadors, Qaradawi has refrained from preaching during Friday sermons, a move seen as an attempt to calm tensions.

In his Sunday statement, Qaradawi noted that he had been awarded prizes in Saudi Arabia and UAE for his work, adding he valued the awards highly.

Qaradawi said the opinions he expressed in his public statements were only delivered as a means of constructive criticism.

“What I said, and I say, is a matter of sincere advice, which will prove its sincerity after a while,” he said.

The UAE summoned the Qatari ambassador in February over what it said were insults by Qaradawi in a Qatar state television broadcast in which he condemned the UAE as anti-Islamic.

In a sermon shortly afterwards, Qaradawi apparently addressed the UAE: “Were you angry at me because of two lines I said about you? What if I gave an entire sermon just on your scandals and injustices?”

In his statement, Qaradawi denied media reports that he would be leaving Qatar soon. He said: “I am part of Qatar, Qatar is a part of me … I am now 88 years old, and I will stay in Qatar to be buried in its soil.”

Kuwait Hopes For Remedy To Gulf Row Over Qatar Soon