Inflation Rates In GCC Economies To Rise In 2014 - Gulf Business 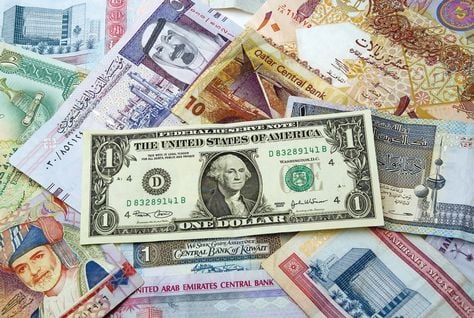 All GCC economies, except Bahrain, are expected to see a rise in inflation this year, Moody’s Investor Service said in an update to its Sovereign Outlook report on the region.

“Despite the governments’ efforts to moderate price increases, inflation has picked up in Saudi Arabia, Qatar and the UAE, and we expect it to rise further in 2014 for all countries except Bahrain,” the rating agency said in a report.

While the rise in inflation will absorb some of the benefits from government spending on per capita income, the report predicted that headline rates will stay at manageable, low single-digit levels throughout the region.

Moody’s also noted that, unlike previous periods of high oil prices, inflation has remained subdued between 2011 to 2013. Inflationary pressures in the UAE, Qatar and Kuwait were contained due to a domestic boom-bust cycle in real estate, which reigned in rising rents.

“In addition, a large share of the oil surplus has been sterilised by investing in offshore rather than domestic assets, while some countries have imposed price controls,” the update said.

The report also highlighted a sharp economic and fiscal divide between the oil exporting GCC and rest of the MENA region.

“GCC sovereigns all have investment-grade ratings, generally reflecting strong fiscal and external fundamentals. In addition, all but one, Bahrain, have stable outlooks,” said Tom Byrne, a Moody’s senior vice president and author of the report.

“The rest of the MENA region is continuing to experience strains in their credit fundamentals following the global financial crisis and Arab Spring political upheaval.”

Moody’s predicted that GCC economies would grow 4.3 per cent in 2014 and 4.2 per cent in 2015, fuelled by the non-hydrocarbon sector. However, fiscal policies will not provide much of a boost to growth in the GCC, the report said.

The rating agency noted that the growth in budgetary spending will continue to slow in 2014 as higher fiscal breakeven oil prices restrain fiscal policy space.

Despite a squeeze in fiscal space, all GCC countries, except for Bahrain, will continue to run fiscal surpluses and see stable debt ratios.

Moody’s anticipate growth in non-GCC oil exporting economies to be subdued in 2014 as the region battles with fiscal challenges and political turmoil.

In contrast to the GCC, the rating agency forecasted a lower GDP growth in oil-importing MENA economies in 2014, 2.9 per cent on average, but rising to 4.2 per cent in 2015 if political risks abate.