Infiniti, the luxury vehicle division of Nissan, recently unveiled its all-new 2022 QX60 in Dubai, the first complete redesign of the QX60 since 2013.

The emirate was one of only three locations globally where the new car was revealed as part of a physical event, underscoring the importance that Infiniti has accorded to its UAE market.

Its external dimensions haven’t changed much – it’s 2.4 inches shorter, 1.2 inches wider and around an inch taller. But the design and styling on the outside and inside has been updated significantly. Besides a colour-contrast-roof, it also features an origami-inspired mesh grille and piano key LED headlights.

Inside, all QX60 models feature “zero gravity” seats in the first row developed in a joint study with Yamazaki Laboratory at Keio University, designed specifically to follow the natural curvatures of the human spine and reduce pressure on the hips. It also has in-seat massagers in the first row with climate-control. In the Autograph edition, standard captain chairs are available in the second row as well. 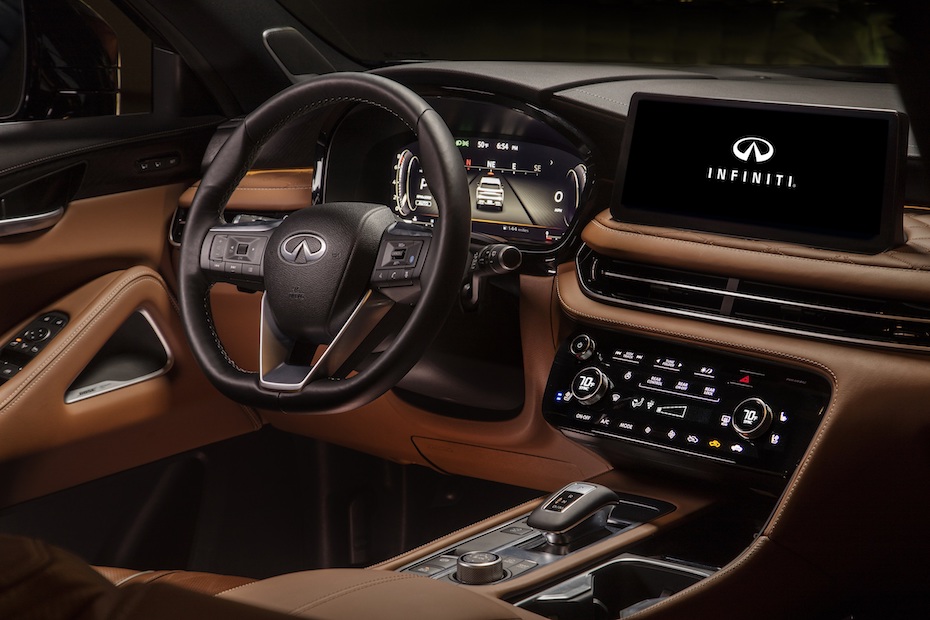 Keeping the occupants entertained, slect models of the new QX60 will feature a 17-speaker Bose Performacne series sound system. There’s a 12.3-inch touchscreen upfront compatible with wireless Apple CarPlay and USB-based Android Auto. Another 12.3-inch Dynamic Meter Display behind the steering wheel renders information such as speed and navigation, and can be reflected on a 10.8-inch head-up display too with the driver not requiring to take their eyes off the road to check the display.

Nissan’s ProPilot Assist will also be available on the QX60, that uses the camera and radar to reduce the stress of stop-and-go driving by helping control acceleration, braking and steering during single-lane highway driving. 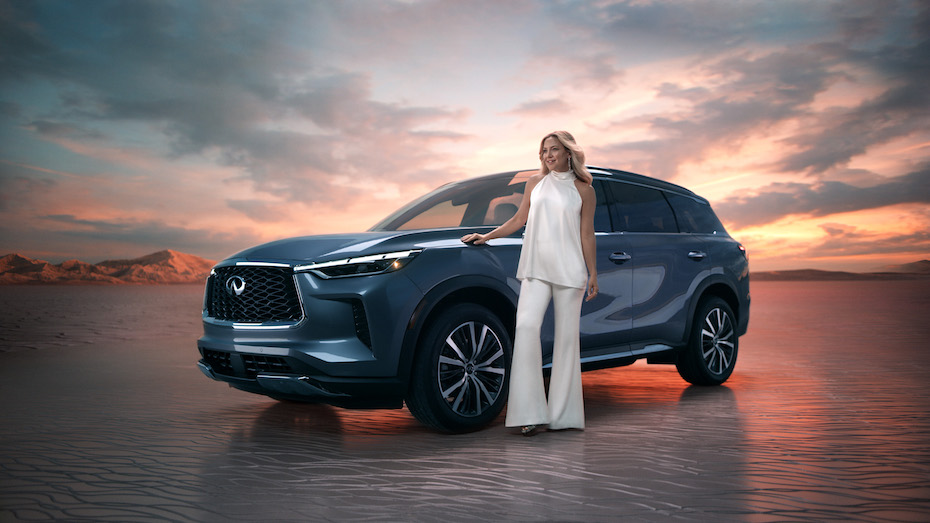 Its myriad safety features include rear automatic braking, predictive forward collision warning, and forward emergency braking with pedestrian detection are available on the QX60. Infiniti says that the all-new direct coupling all-wheel-drive system almost instantly engages when it detects wheel slip and sends up to 50 per cent of the available power can be sent to the rear wheels for increased grip.

Infiniti has said that it would confirm the price of the new models closer to the launch date. It is expected to be available in the Middle East in early 2022 – with the UAE expected to be high up on the priority list at the time of the regional roll out next year.