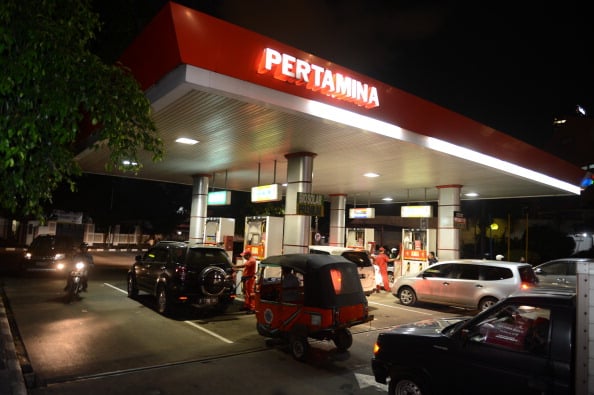 President Joko Widodo, who took office six weeks ago, is looking to modernize the country’s refineries and build new ones as part of sweeping energy reforms to squeeze out widespread corruption and meet ballooning energy demands.

Pertamina is in talks with CNOOC, Saudi Aramco, Thailand’s PTT Pcl and a Japanese oil company to form joint ventures that would not only guarantee crude supplies to Indonesia’s refineries, but also help fund major upgrades.

“We are looking for partners to develop refineries and that can guarantee security of supply,” Ahmad Bambang, Pertamina’s new director of refining, trading and marketing, told reporters at a company event on Wednesday.

“We will select whoever will bring the maximum benefit to Pertamina and the state.”

Indonesia in October broke off talks on building two new refineries with Saudi Aramco and Kuwait Petroleum due to disagreements over tax issues.

“Previously, there were problems with tax holidays, tax incentives and uncertainty over permits,” Bambang said.

“We are assuring them we can go (forward). Now we are offering partnership, including in marketing, not just in developing the refineries.”

Pertamina is hoping to form a similar joint venture with Angola’s Sonangol, and expects to finalise an initial deal to provide Indonesia with 100,000 barrels per day (bpd) of crude next month.

According to an agreement signed in November, the joint venture would give Indonesia a discount on crude purchases, Bambang said, adding that this would take time.

Indonesia’s state energy firm needs up to $25 billion in investment to double the crude intake of at least four of its existing refineries, to raise its total capacity to 1.6 million bpd by 2025, Bambang said.

Pertamina is also considering building two or three new refineries, each with a capacity of around 300,000 bpd.

Indonesia, which is expected to be the world’s largest gasoline importer by 2018, is rushing to build the necessary infrastructure to meet this demand, but has not built a new refinery since 1994.

The government hopes its plan to increase storage and refining capacity will allow Indonesia to shift away from gasoline and diesel on the opaque spot market, and allow it to enter stable long-term supply contracts with foreign producers.