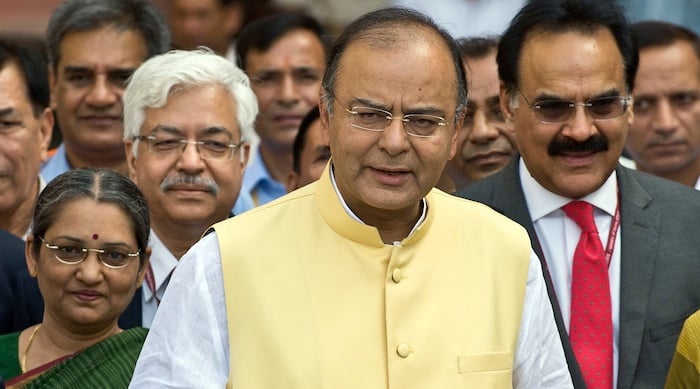 Indian Prime Minister Narendra Modi’s new government on Thursday unveiled a first budget of structural reforms that seek to revive growth, while spurning the temptation to resort to higher borrowing.

Expectations had been high that the government would convert India’s strongest election mandate in 30 years into radical steps comparable to the 1991 market reforms that unleashed an era of high economic growth.

But constrained by a two-year spell of growth of less than five per cent, the government instead announced incremental steps to boost capital spending in Asia’s third largest economy and reassure foreign investors that they would get fair treatment.

Finance Minister Arun Jaitley told lawmakers that he would uphold the fiscal deficit target inherited from the last government, despite expectations he would be forced to raise it due to weak revenues and high subsidy costs.

Jaitley also said he would raise caps on foreign investment in the defence and insurance sectors, but still bar non-residents from taking majority control in projects to supply the world’s largest arms buyer.

In another signature initiative, the government will launch a tax reform this year to unify India’s 29 federal states into a common market, a measure that economist say would boost revenue and at the same time make it easier to do business.

India’s 1.2 billion people were “exasperated” by the weak economy, Jaitley told lawmakers, vowing that the country would expand at an annual rate of seven to eight per cent within three to four years.

“We shall leave no stone unturned in creating a vibrant and strong India,” said Jaitley, 61.

Investors have piled into Indian stocks on hopes that Modi’s leadership and mandate would break a logjam thwarting a host of reforms during the 10-year tenure of his predecessor Manmohan Singh, whose coalition government became increasingly divided.

But the measures announced by Jaitley fell short of some of the expectations flagged by brokerages and investment bankers, leading shares to fall to a two-and-a-half week low. Bonds rose on the promised fiscal prudence.

“It seems to be a neutral budget with positive light on the key economic variables to tackle the current stagflation,” said Shakti Satapathy, a fixed-income strategist at AK Capital in Mumbai.

Modi, 63, won election in May with a pledge to create jobs for the one million people who enter India’s workforce every month. Since taking office in May, he has warned that Indians should expect “bitter medicine”.

Jaitley vowed to adhere to the “daunting” budget deficit target – of 4.1 per cent of gross domestic product for the fiscal year ending March 2015 – that the government inherited from its predecessor.

“I have decided to accept this challenge – one fails when one stops trying,” Jaitley told a hushed lower house of parliament. He said the budget deficit would be reduced to 3.6 per cent in the following two fiscal years.

Jaitley’s commitment to fiscal discipline was stronger than many independent economists had anticipated. With the deficit already approaching half of the annual target just three months into the fiscal year, they expected him to raise the borrowing target to 4.4 per cent for the current fiscal year, which ends in March 2015.

The government’s other major policy initiatives had been broadly flagged in advance.

Jaitley said he wants a solution by December on introducing a national Goods and Services Tax (GST), promising that the government would be “more than fair” in its dealings with India’s states on how revenue would be allocated.

The minister raised limits on foreign investment in defence and insurance ventures to 49 per cent from 26 per cent. Foreign contractors had sought a higher threshold to justify sharing technology when they locate operations in India.

He also said he would set up a high-level committee to review retrospective tax claims blamed for choking off foreign investment after companies such as Britain’s Vodafone were hit with massive demands.

Vodafone and India have been locked in a $2.2 billion tax standoff since the British company acquired Hutchison Whampoa’s Indian mobile assets in 2007.

Vodafone, the world’s second-largest mobile operator, thought it had finally secured victory in the case in 2012, when India’s Supreme Court dismissed the tax demand. But the government responded by announcing retrospective legislation that would change the rules.

Jaitley sought to reassure investors by promising a stable tax regime and saying the government would not “ordinarily” create new liabilities restrospectivly, but stopped short of scrapping the law. Several cases in the court will be concluded through the legal process, he said.

The budget for the fiscal year to March 2015 was delayed by this year’s general election, which handed Modi’s Bharatiya Janata Party (BJP) the strongest electoral mandate in India in three decades.