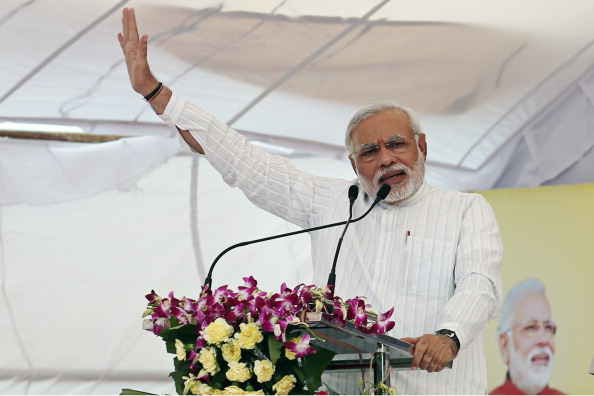 Narendra Modi came to power in India this May on a campaign that promised economic growth, development and higher employment in a country that was in a prolonged period of low economic sentiment.

His landmark win – where he and the national democratic Alliance (NDA) virtually demolished then ruling Congress party to the size of a regional one – was hailed by many as a vote by the Indian citizenry for better days or ‘acche din’ over religion, caste, region etc., that had plagued all past elections in the world’s largest democracy.

The government’s first union budget, revealed by Finance Minister Arun Jaitley on July 10, was therefore being watched intensely, not just by the common man, but also India Inc., which had rued the Congress government and its pro-poor and seemingly anti-business agenda.

Many in the industry believed that the new government would rollback a lot of what the Congress had done and also introduce sweeping reforms instantly.

However, what came out of the budget speech was not all music to the ears of many in the corporate arena. According to many stakeholders, this was not a budget that broke through any barriers of the past and came off as a standard, do-some-good-everywhere kind of budget any government would have come up with.

The Bombay Stock Exchange (BSE) reflected that sentiment. India’s benchmark equity index, the BSE Sensex, which had risen almost 20 per cent in 2014 on the hopes that the government would put the economy back on track, closed 72.06 points down after swinging 800 points from its intra- day high to low.

On two key fronts, fiscal consolidation and reforms, Jaitley made all the right noises. He promised to try and meet the 4.1 per cent fiscal deficit target proposed by his predecessor and also committed the NDA government to the goods and services tax (GST).

He also said that the direct taxes code would come, but without a timeline or specifics for either.

“It is good to see FM heed to industry demands and rationalise tax anomalies but one would have expected more clarity on retro tax and GST.”

Sachin Menon, CEO, Tax & Regulatory Services and National head – Indirect Tax, KPMG in India, was more direct and said that the biggest dampener to the industry would be the lack of clarity on the implementation of GST – which is to replace all the indirect taxes levied on goods and services by the central and state governments.

The budget also included indirect tax proposals announced by the finance minister, aimed at boosting the manufacturing sector, reducing litigation, broadening the service tax base, facilitation of trade and disposal of appeals. Some of the sectors that were incentivised include power, infrastructure, shipping and electronics, through reduction in customs duty on inputs and excise duty on output.

Menon however lamented that some unexpected proposals like taxing clinical trials and the compulsory pre-deposit for admission of appeals seem to carry the imprint of the bureaucracy that would affect the industry significantly.

In direct taxation, the finance minister put more money in the hands of the tax-payer. He raised the basic exemption limit for all segments and also increased deductions on house loans and pension funds, hoping that this would increase consumption in the country.

However, two key Foreign Direct Investment (FDI) proposals were made – the FDI cap in the defense and insurance sector has been increased to 49 per cent from 26 per cent.

He also committed to the extension of advance ruling mechanism to domestic companies, which could help in curbing the ever-burgeoning tax litigation in India. There was also a $1.6 billion fund for startups and the micro small and medium enterprise (MSME) sector – the likes of which has been promised but not implemented successfully previously.

On reforms though, the budget completely missed its mark. No real reforms were announced but assurances were given on them being looked into. India’s businesses were expecting reforms on fuels, food and fertiliser, but got nothing.

“The finance minister has dealt with some major challenges in the economy around fiscal consolidation and infrastructure growth, but could have been more specific especially with regard to GST, measures to deal with black money, widening of tax base,” said Richard Rekhy, CEO KPMG India, who added that at best, it had been a pragmatic and forward-looking budget.