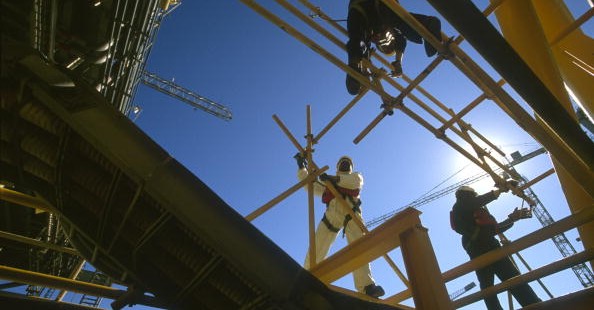 L&T has steadily expanded its global footprint, recently winning a construction project at the Abu Dhabi airport. The firm is further bidding for about $3 billion worth of projects in the region, including more construction work for Aramco and an oil refinery in Oman, its CEO told Reuters.

India’s economy, the third largest in Asia, has struggled to recover from its worst slowdown in a decade, hitting infrastructure projects. Local firms such as L&T and Tata Power Co Ltd have been scouting for growth opportunities abroad, particularly in the Middle East, Africa and Southeast Asia.

“Right now, with the present situation in India where the economy is a little slower, we’re not starting from zero,” he said. “We’re already well-positioned. And obviously there is a higher motivation to accelerate that effort because the market is bigger there rather than here at this point of time.”

In the Aramco project, L&T will build a plant with a daily capacity to process 75 million standard cubic feet (scfd) of gas and 4,500 barrels of condensate, the company said on Wednesday.

L&T, whose interests span shipbuilding to railways, has forecast growth in net sales of as much as 17 percent in the fiscal year which started in April. It also sees new orders growing by about a fifth.

The Mumbai-based company’s profit fell about seven per cent in the fourth quarter of the last fiscal year as existing infrastructure projects struggled to get off the ground.