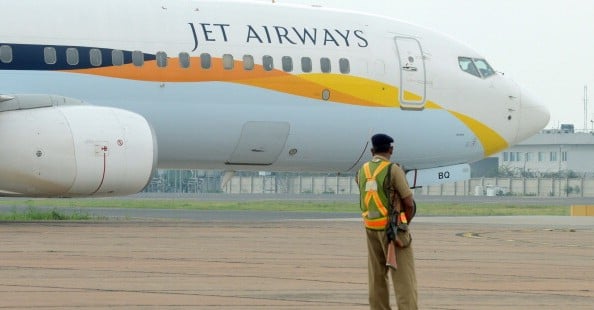 Shares in Jet Airways fell as much as 6.8 per cent on Monday, a day after the chairman of Etihad Airways said the Abu Dhabi-based carrier needed to revise the terms of a pending deal to buy a stake in the Indian airline.

Etihad Chairman Sheikh Hamed bin Zayed al-Nahayan told Reuters on Sunday it was too soon to say when a final agreement between the two carriers would be struck.

The deal would be the first since India relaxed ownership rules in September and allowed foreign carriers to buy up to 49 per cent in local carriers, which are battling stiff competition and high operating costs.

Jet shares have more than doubled in value in the past 10 months to reach a high of 647.80 rupees on January 28. But in the past three weeks they have slumped as much as 11 per cent as the companies struggled to seal an agreement.

Finding a way around Jet’s complicated shareholding pattern and having a significant say in Jet’s board decisions could be Etihad’s concerns, said Rajan Mehra, an industry expert and the India head of U.S.-based private jet operator Universal Aviation.

The founder of Jet is likely to convert shares owned by its holding company into his personal stake to comply with foreign investment regulations, an Indian government source has said.

Tail Winds Ltd, the Isle of Man-based investment vehicle of Jet founder Naresh Goyal, currently holds 79.99 per cent of Jet Airways. According to Indian rules, foreign companies can hold a maximum 49 per cent stake in local carriers, but so-called non-resident Indians like Goyal are exempted.

Indian media reports have said Etihad is seeking half the seats on Jet’s board and a say in appointing the chief executive, potentially running foul of foreign investment rules that require a majority of airline board members to be Indians.

The terms of the potential deal have not been disclosed, but the government source said last month that Etihad was in talks to pick up a 24 per cent stake in Jet for up to $330 million.

A Jet spokeswoman did not immediately respond to a request for comment.