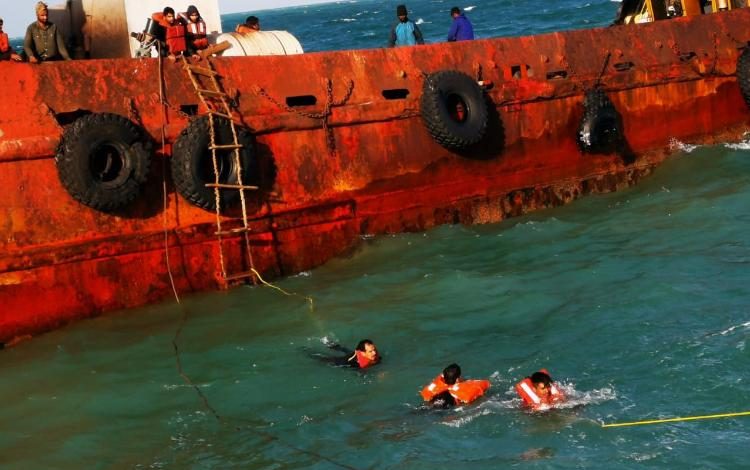 Dubai Police rescued 14 Indian sailors after their ship capsized off the coast of the emirate on Wednesday morning.

High waves caused by heavy winds combined with engine failure led the vessel to break down at the rocks near Palm Deira. 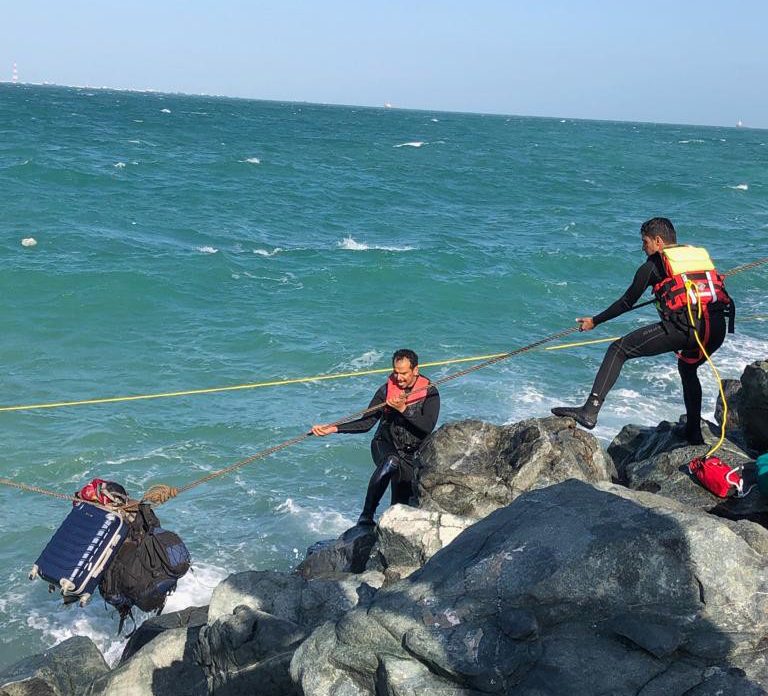 The operations room received a notification about the accident at 6.14am and dispatched a marine rescue crew.

Colonel Saeed Al-Madhani, director of the acting port police station, said that the stranded sailors were rescued within 35 minutes of receiving the call, despite difficulty in accessing the ship. 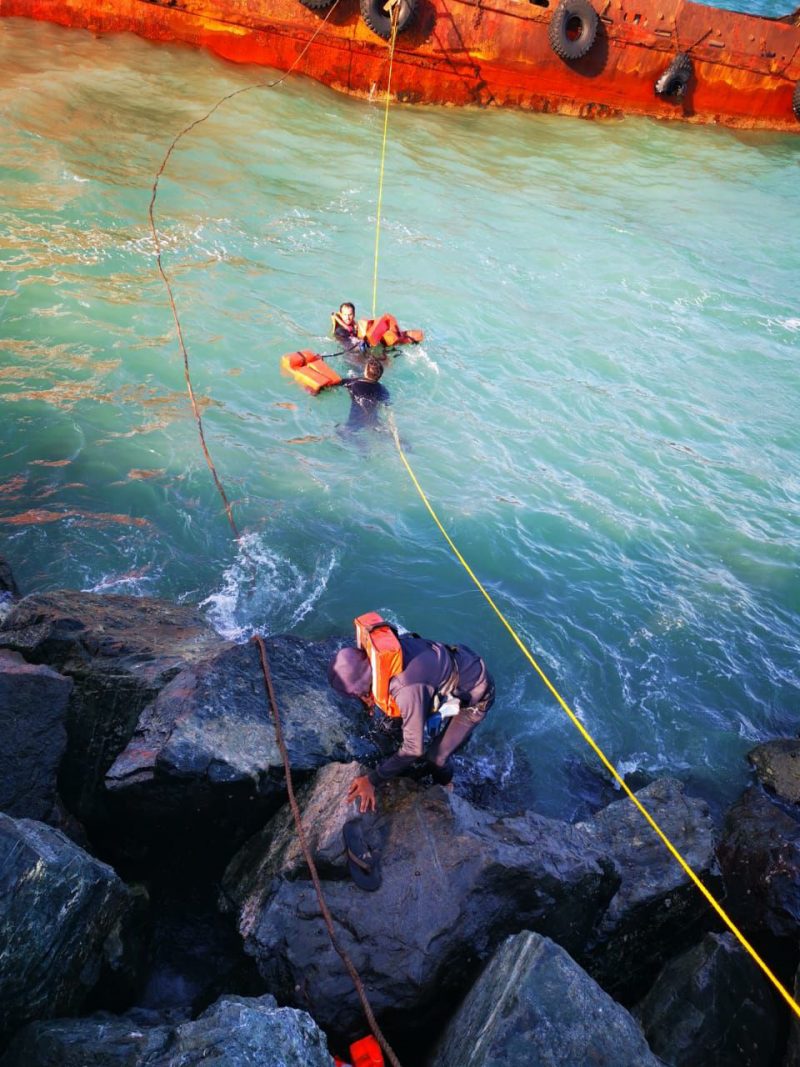 Rescuers used ropes stretching from the ship to the wave breaker to pull the sailors to safety, he said. 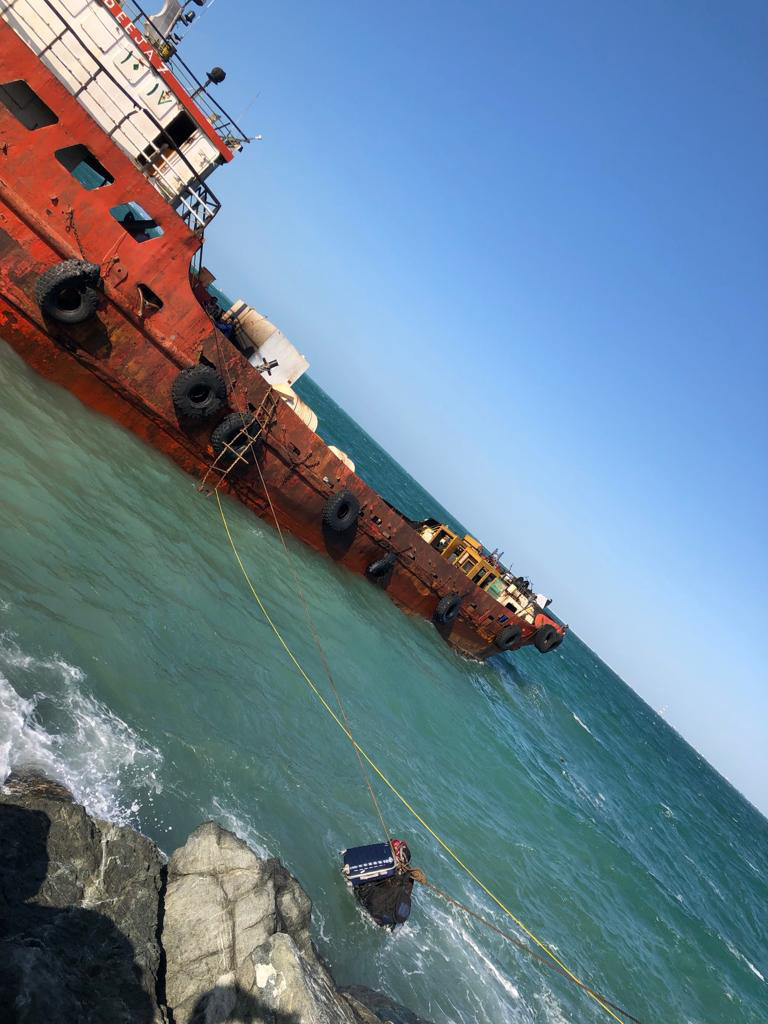 The Indian consulate in Dubai praised officials for their quick action.

“A big thank you to Dubai Police for rescuing 14 Indian crew on board vessel Khadeeja 7 belonging to M/s Orassia Shipping LLC yesterday night. The vessel was in blackout condition due to technical fault and struck with rock stones,” the consulate said on Twitter.

(2/2)There was ingress of water into the vessel after which timely help was provided by @DubaiPoliceHQ and the crew were safely rescued to Port Rashid. Consulate officials met with the crew today morning and assured all help. @FTAgovae pic.twitter.com/Bt6BbsLvcg

Al Madhani urged sailors to refrain from seafaring under dangerous conditions and also reach out to officials in the case of any emergency.