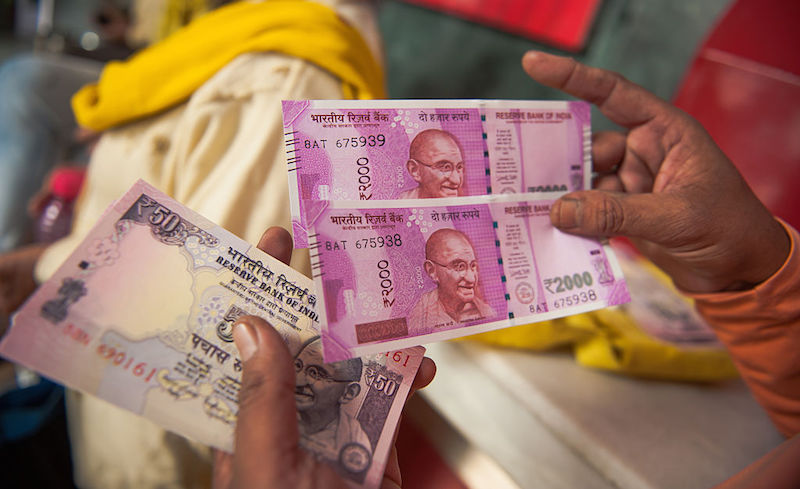 The Indian rupee plunged to a fresh record low of 70.81 to the US dollar on Thursday morning.

It is currently trading at 19.26 rupees to one UAE dirham (9.50am UAE time). The dirham is pegged to the US dollar.

It had touched 70.66 to a dollar on Wednesday – which was its lowest-ever mark.

The Indian currency has fallen by 10 per cent so far this year – making it the worst-performing currency in Asia.

“The Reserve Bank of India has adopted a hands-off approach to support the rupee during the Turkey-driven rout in emerging markets,” said Promoth Manghat, CEO of UAE Exchange Group.

“We did see some signs of RBI intervention, when the rupee touched 70.40 and 70.50 against the USD but it was not aggressive. Month-end oil demand added to the pressure on depreciation.

“We did witness a good spike in remittance, when rupee touched 70.00 for the first time. Meanwhile we have observed remittances settling back to normalcy. As for the future, we sense rupee going down further to 72.00-73.00 by year end,” he added.

The Indian currency has dropped significantly against the dollar this year and expats in the UAE remitting money back home have benefitted.