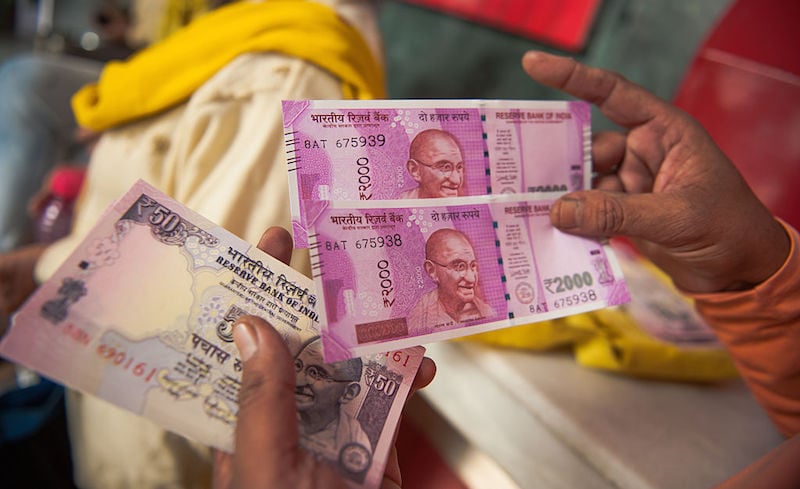 The Indian rupee has continued to drop and hit a new record low of 72.58 against the US dollar on Monday although it has since recovered to 72.49.

The Indian currency opened at record low of 72.15 a dollar on Monday, compared to its close of 71.73.

The rupee is now one of Asia’s worst performers, losing 13 per cent this year.

It has fallen due to strong demand for the US currency from importers, while a surge in crude oil prices has also hurt the Indian currency.

“Some of the major factors attributed to this depreciation include US-China trade war, rate hikes by the US Fed, economic turmoil in Turkey and Argentina, US sanction plan against Iran, rising oil prices, and India’s widening trade deficit,” said Promoth Manghat, group CEO and executive director of Finablr.

“With crude oil prices and global political conditions dictating the status of the Indian currency in the next few months, we foresee the Indian rupee to further slide down in the last quarter of the year and giving expats another opportunity to remit more,” he added.

The drop in the Indian currency this year has already led many Indian expats in the UAE to remit bigger amounts back home.