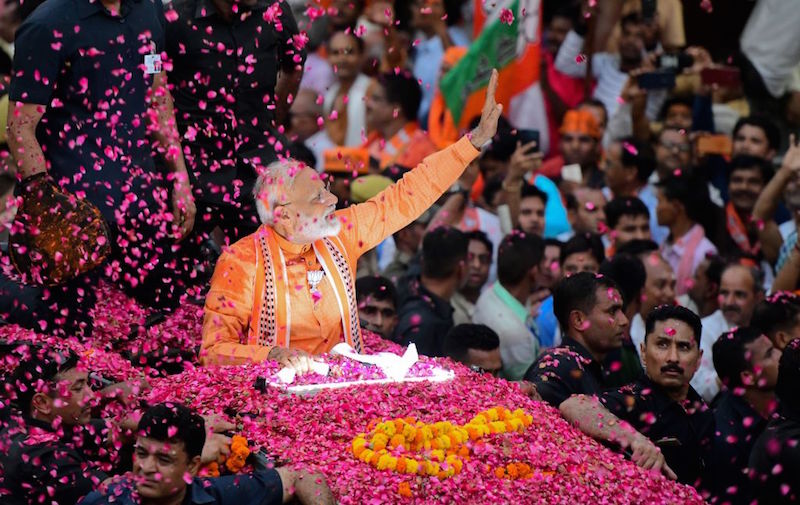 According to the figures shared by India’s Election Commission, the BJP will have a clear majority on its own by winning 300 out of the total 542 seats.

Main rival Congress were on 50 seats, the data showed.

“Thank you India! The faith placed in our alliance is humbling and gives us strength to work even harder to fulfil people’s aspirations,” Narendra Modi said on Twitter.

Thank you India! The faith placed in our alliance is humbling and gives us strength to work even harder to fulfil people's aspirations.

I salute every BJP Karyakarta for their determination, perseverance & hardwork. They went home to home, elaborating on our development agenda.

Together we will build a strong and inclusive India.

Congress president Rahul Gandhi conceded defeat, telling reporters: “I had said that during the campaign ‘janta maalik hai’ and today people have clearly given their decision. I congratulate the PM and BJP.”

Earlier in the day, Indian stocks hit record after early indications pointed to Modi’s win. The Bombay Stock Exchange’s Sensex index crossed the 40,000 mark for the first time ever while the Nifty also breached a record 12,000 points.

In total, 67.11 per cent of the 909.9 million eligible voters in India cast their ballot in the seven-phase elections for the world’s largest democracy.