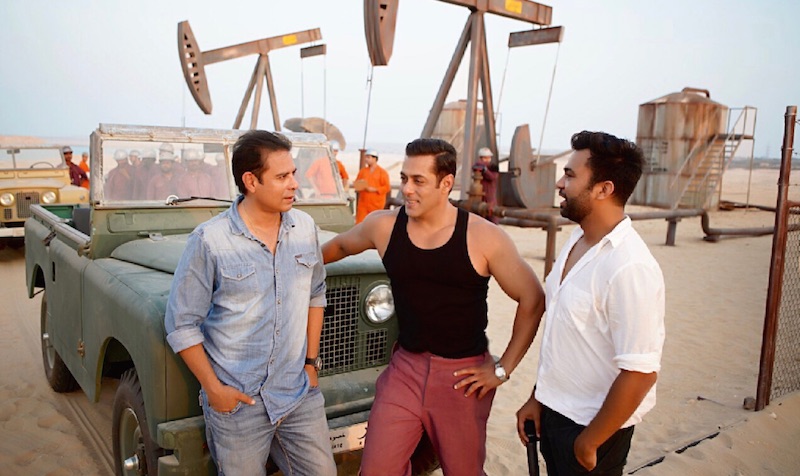 Indian actors Salman Khan and Katrina Kaif are back in Abu Dhabi for shooting their next Bollywood film Bharat, it was revealed on Sunday.

Production has started for the movie, directed by filmmaker Ali Abbas Zafar, which is due to release in cinemas during Eid Al Fitr 2019.

Bharat is an official adaptation of the 2014 Korean film, Ode to My Father, which depicted modern Korean history from the 1950’s to the present day through the life of an ordinary man.

The movie is being produced by Reel Life Production Pvt, which is owned by Salman Khan’s sister, Alvira Khan Agnihotri, and brother-in-law, Atul Agnihotri, and is being shot across various locations in and around Abu Dhabi.

Abu Dhabi’s twofour54 will be providing full production services for the film, covering location assistance, permits and equipment as well as catering, accommodation, travel and transportation, a statement said.

Salman Khan has spent over 100 days filming in Abu Dhabi during the last year and a half, for films including Tiger Zinda Hai, with Katrina Kaif last year and Race 3 in March this year.

Bharat director Ali Abbas Zafar said: “Abu Dhabi is an incredible filming location and we are thrilled to be shooting scenes in and around the city and desert. The production services offering has gone from strength to strength since the first project we brought here, Tiger Zinda Hai.”

Maryam Eid AlMheiri, CEO of Media Zone Authority – Abu Dhabi and twofour54, added: “Abu Dhabi is always thrilled to welcome Salman Khan and we look forward to working with the cast and crew of Bharat.

“This has already been a remarkable year with key international and regional productions filming in Abu Dhabi and we hope this will continue with other major projects still to be announced.”

The Abu Dhabi Film Commission offers first international projects a 30 per cent cash-back rebate on productions, including feature films, TV shows, commercials and music videos. This rebate also applies to airfares booked on Etihad Airways and accommodation in the city.

Bharat is the fourth major international production to film in Abu Dhabi this year, following Indian movies Race 3 and Saaho, and Hollywood film Mission: Impossible- Fallout which saw Tom Cruise leap from 20,000ft up in the Abu Dhabi sky for the HALO parachute jump.

In recent years, the UAE capital has also served as a backdrop for other Hollywood movies such as Star Wars: Episode VII and Fast & Furious 7, Bollywood films such as Dishoom and Bang Bang, and TV shows such as The Bold and the Beautiful and The BBC’s Top Gear.