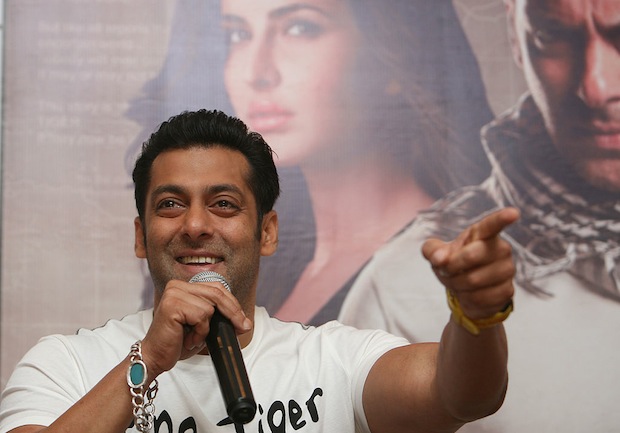 Yash Raj Films production will have its longest shoot in the emirate, and the movie will also be Abu Dhabi’s longest feature film project to date with a filming schedule of 65 days, Abu Dhabi Film Commission said in a statement.

Tiger Zinda Hai will begin filming in the emirate on May 4, with twofour54’s Film and TV Services division providing production services.

As part of the agreement, twofour54 and Yash Raj Films have already begun construction of a 20,000 sq metre backlot.

Around 150 workers will be on site for a total 100 days to create the film’s main set, many of whom helped to build the Star Wars set in Abu Dhabi in 2013, the statement said.

The production will also film at 20 other locations around Abu Dhabi before moving to the set.

A crew of 300 is expected to work on the production, with Abu Dhabi-based freelancers working alongside crew members from India, the US and the UK. The UAE military is providing military equipment, including helicopters, during the shoot.

According to a report in The National, local events-management company Trillium is currently on the lookout for 1,500 extras for the movie.

Maryam Al Mheiri, CEO of Media Zone Authority – Abu Dhabi, said: “Abu Dhabi is gaining traction in India as the emerging new home of Bollywood, as a result of what we can offer this dynamic industry: a generous 30 per cent rebate, a huge variety of locations, and crew with Bollywood experience.

“With four previous Bollywood productions under our belt, we have built up considerable understanding of this unique format and we look forward to working with the Yash Raj Films team to ensure a smooth and successful shoot while they are with us in Abu Dhabi.”

Salman Khan, who plays the title role, said: “Tiger Zinda Hai is a film of sizeable scale and context. Abu Dhabi, with a variety of locations and gracious hosts, is ideal to shoot for a film like this one. I hope that the entire unit will enjoy our time here.”

Abu Dhabi Film Commission and twofour54 have also hosted several events in Mumbai in the past two years to promote Abu Dhabi as a filming location to the Indian industry.

The UAE capital has also managed to attract Hollywood films such as Fast & Furious 7, Star Wars: The Force Awakens and Deliver Us from Evil.