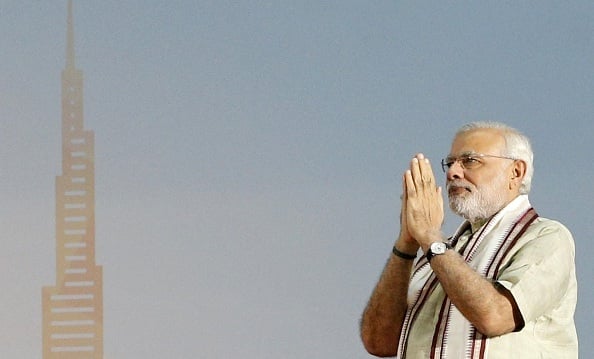 India and the United Arab Emirates will set up a multi-billion dollar fund to invest in Indian infrastructure projects and cooperate in producing military equipment, space technology and nuclear energy, officials said on Monday.

Indian Foreign Secretary Subrahmanyan Jaishankar announced the plans at the end of a two-day visit to the UAE by Prime Minister Narendra Modi, which focused on both business ties and national security.

India is eager for foreign capital and technology to develop its economy while the UAE, one of the richest of the Gulf Arab energy exporters, wants to use overseas investments to diversify its asset base beyond oil.

The fund will aim to raise $75bn to build railways, ports, roads and other projects in India, Jaishankar said. He did not give a time frame, say how such a huge sum would be financed or describe how the fund would be structured.

A joint statement by the two governments said the UAE would help India develop strategic petroleum reserves in addition to its upstream and downstream petroleum sectors.

It set a target of increasing bilateral trade by 60 per cent in the next five years and pledged cooperation in developing and launching satellites, as well as peaceful uses of nuclear energy.

The governments will “cooperate in manufacture of defence equipment in India”, the statement said without elaborating.

Both countries have been in conflict with Islamist militants, and the statement undertook to increase cooperation in counter-terrorism operations and intelligence sharing.

Modi said India had repeatedly fallen victim to acts of terrorism and it was time global powers unite to tackle the issue.

His comments come days ahead of reconciliation talks between India and Pakistan, where New Delhi is likely to present its neighbour with a dossier of evidence of its involvement in recent militant attacks.

“Good terrorism, bad terrorism, will not work,” Modi said, addressing a crowd of 40,000 people, including Indians working in the Gulf, who often chanted his name during the 60-minute speech. The UAE has an Indian community of over 2.5 million people.

“A decision has to be taken – are you with terrorism or with humanity,” he said, urging global powers to act.

India has long held Pakistan responsible for acts of terrorism in not just disputed Kashmir but also the rest of the country. Pakistan denies the allegation but says New Delhi must hold talks to resolve the row over Kashmir.