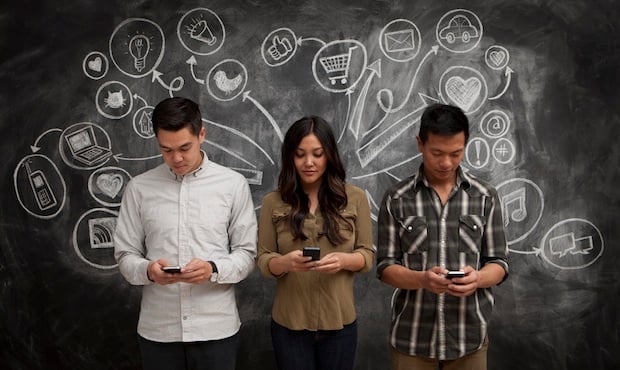 Sit back, shut your eyes, and let your mind drift. Are you letting it wander? How long did you cognitively roam before your attention was broken by a notification of some sort from your smartphone or laptop? Probably not long I warrant.

Distraction at work is like a chicane in the road, needing daily navigation and the odds of slipping off are high.

If you’re like the majority of knowledge workers, you start the day with certain tasks needing completion but end it having been distracted on to other paths. The result, you’re left feeling overwhelmed, tired, always behind the eight-ball and never quite on the front foot.

If that’s your experience, then it’s no surprise, as we live in a global economy, where “attention merchants”, according to Columbia professor, Tim Wu are making money by hijacking our attention, repackaging it and selling it to advertisers.

According to Tristan Harris, former Google engineer and whistleblower, the smartphone is like a slot machine and companies such as his former employer are using sophisticated neuroscience techniques to keep users plugged in for as long as possible. Maximising distraction is what keeps their revenues high.

This same culture of distraction and interruption has permeated our workplaces.

In research undertaken by Professor Gloria Mark of the University of California, along with Mary Czerwinski, a principal researcher at Microsoft, they found that participants switched tasks every 40 seconds, between Apps, IM, and productivity tools. Rather than immersing ourselves in deep work we keep interrupting ourselves: instead of completing a board paper we engage in a meaningless IM conversation; rather than architecting a financial model we fritter on social media. Mark’s research also found that employees spent 11 minutes on any given project before being interrupted and it took twenty-five minutes to return to the initial task. That’s a serious productivity black-hole.

With all these distractions bombarding us, our brain becomes overloaded and shifts processing from the hippocampus (responsible for memory) to another part of the brain responsible for routine tasks, and so it becomes difficult to learn new things, or even remember what we were doing before we got distracted. This puts us at a serious disadvantage in the workplace. It means it takes us longer to do the same work and the quality suffers.

Working with intention and purpose is one way of ensuring you don’t end up wasting countless hours. Leo Babauta, author of Zen Habits, recommends following “The Rule of 3”– imagine you’ve reached the end of your day, what were the three things you wanted to accomplish. Write these down and whenever your attention is being hijacked, reorient yourself by looking at the list.

Greg McKeown, author of Essentialism, applies an even stricter measure, which he calls the 90 Per Cent Rule. Before you consider taking on a new task, if you score its relevance to you as less than 90, simply ignore it. By applying this very selective reasoning you, rather than somebody else, gets to choose what’s important in your life.

To live a life of meaning and purpose, requires you to be in control of technology, not for technology to control you by serving the interests of others. So, turn off your notifications, sit back, shut your eyes, and let your mind drift. You’ll be surprised the cognitive depths your brain can dive to.