Pilgrims from across Saudi Arabia have started arriving in Makkah to perform the Hajj pilgrimage – the second to be held during the pandemic.

Last month, Saudi Arabia’s Ministry of Hajj and Umrah confirmed that attendance to the Hajj pilgrimage for 2021 will be restricted only to 60,000 Saudi residents and citizens due to the pandemic. Those wishing to perform Hajj must also be free from chronic diseases, be between the age of 18-65 and should be vaccinated.

Read: Saudi Arabia to allow only residents and citizens to attend Hajj 2021; limits number of pilgrims to 60,000

On Saturday, the first batch of pilgrims from Jeddah and Madinah arrived via the Haramain High-Speed Railway. The batch included 187 pilgrims who arrived at the Ar Rusayfah Station in Makkah. 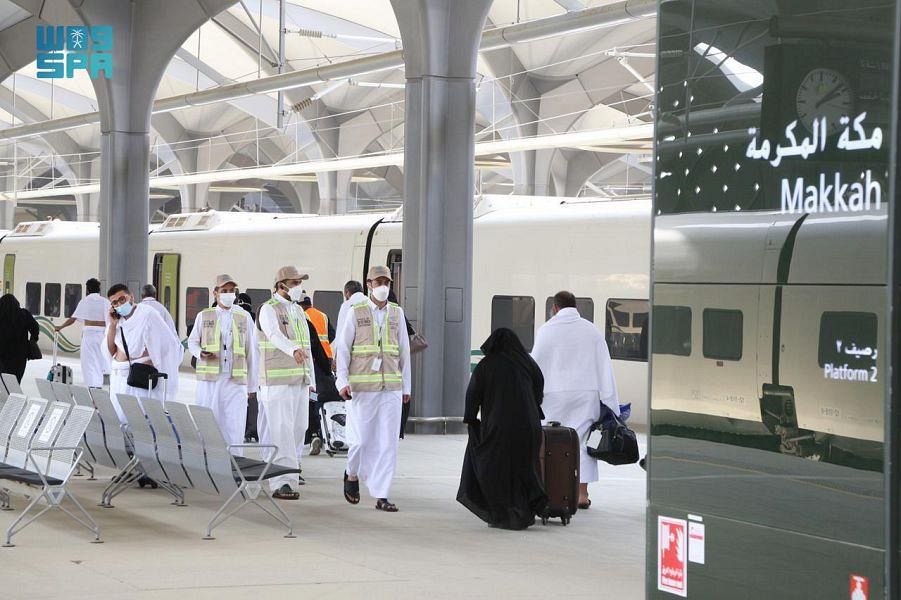 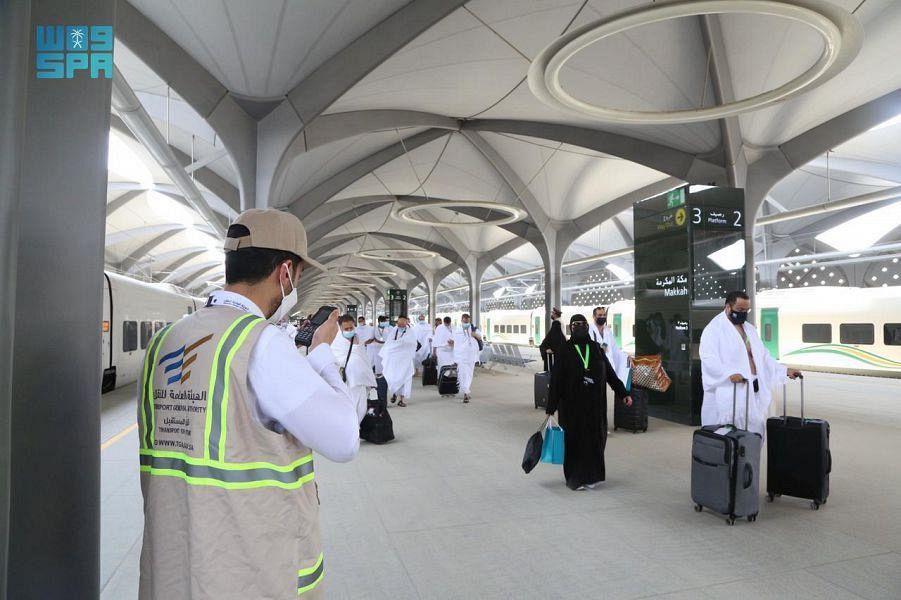 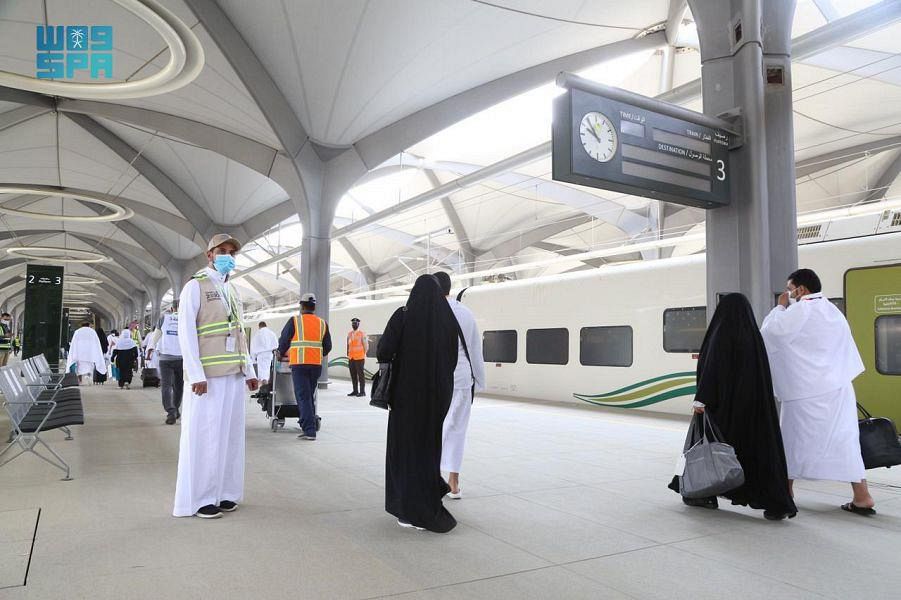 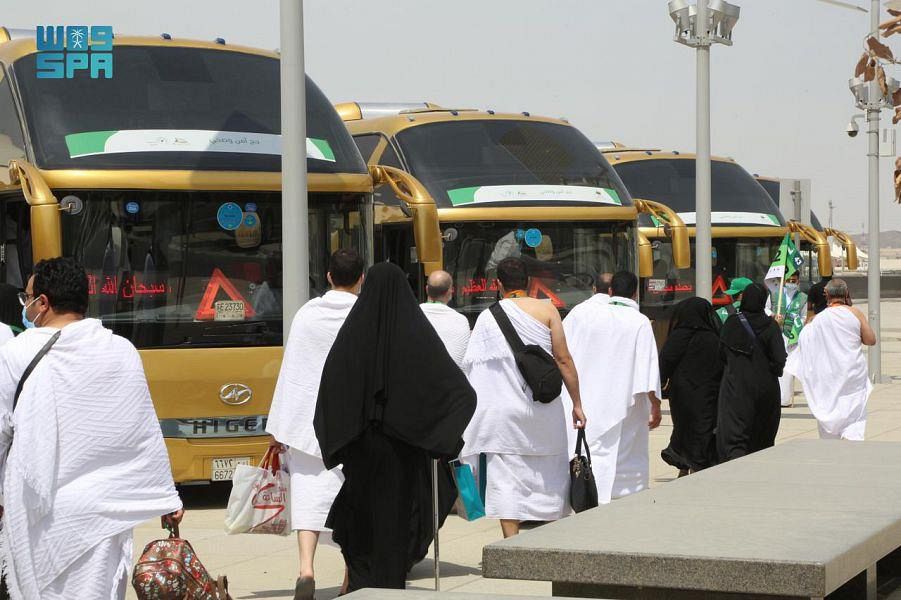 Meanwhile, the first flight of pilgrims from inside the kingdom also arrived at King Abdulaziz International Airport in Jeddah from Riyadh. The flight had 258 pilgrims on board. 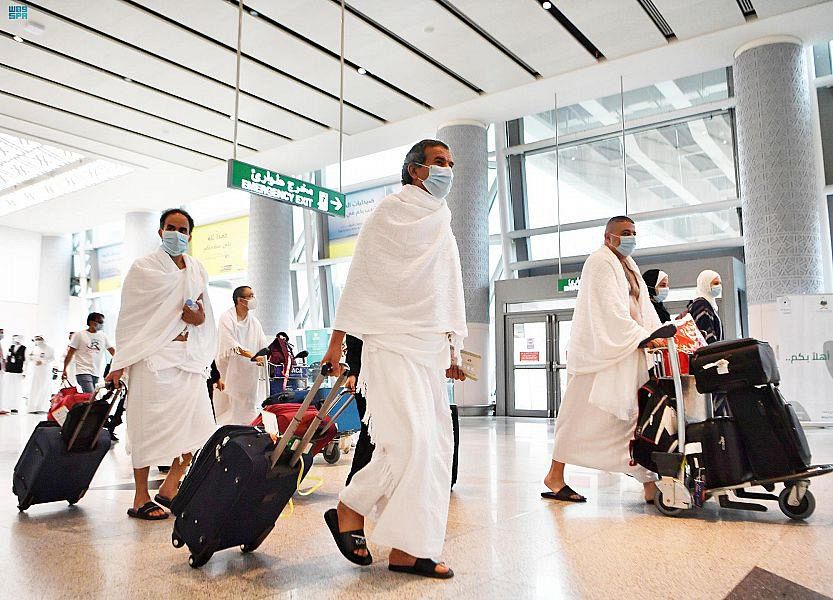 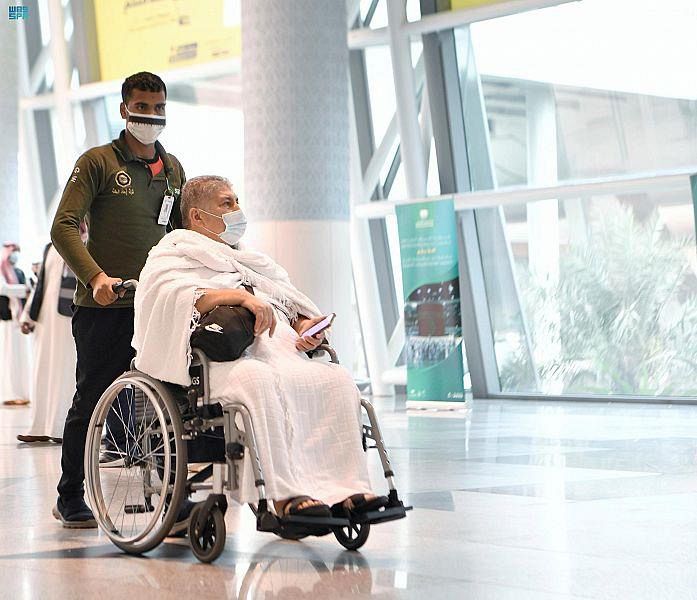 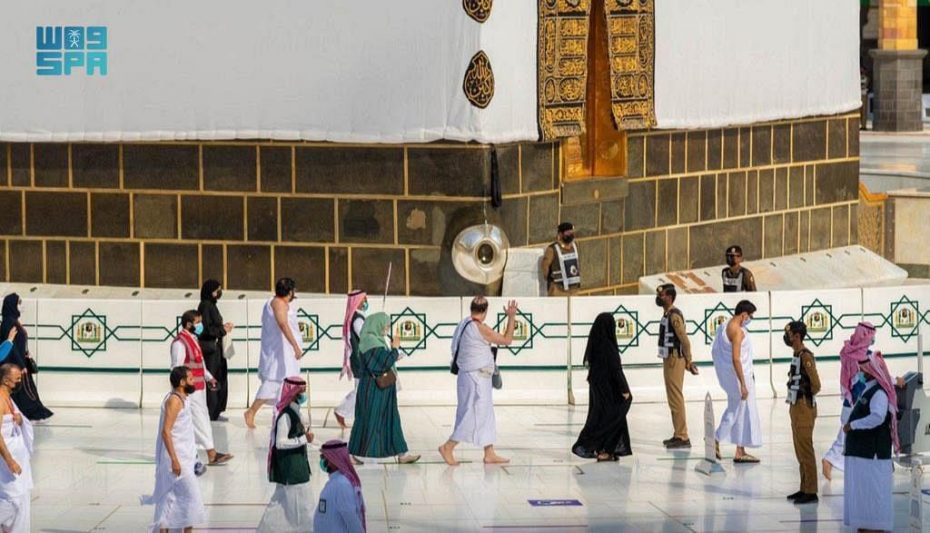 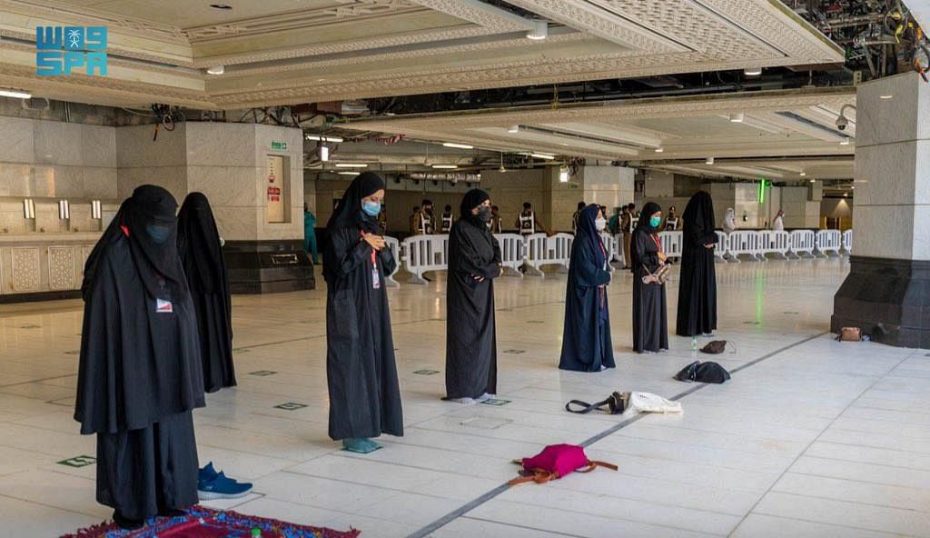 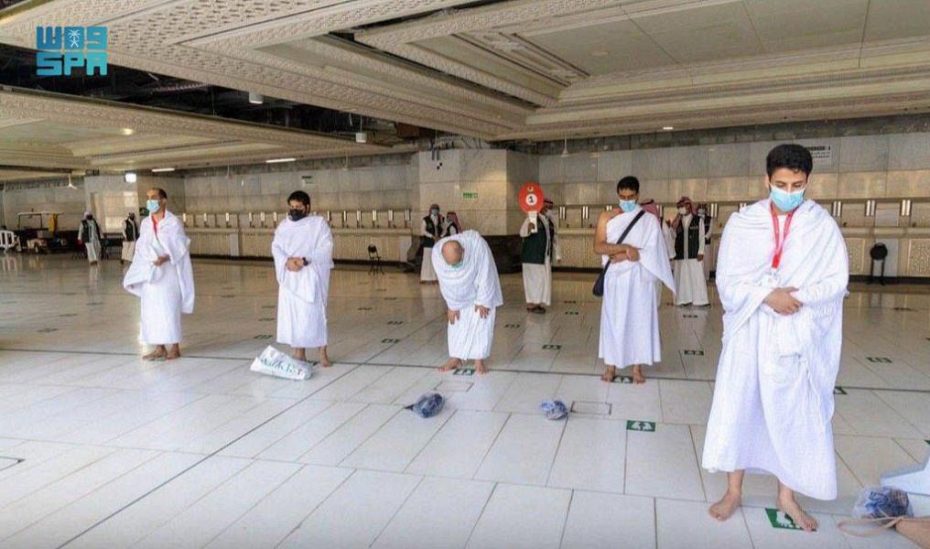 Authorities said they had used 15,000 litres of sanitiser in their cleaning operation of the Grand Holy Mosque in preparation for receiving the first batch of pilgrims to perform Tawaf Al-Qudum. 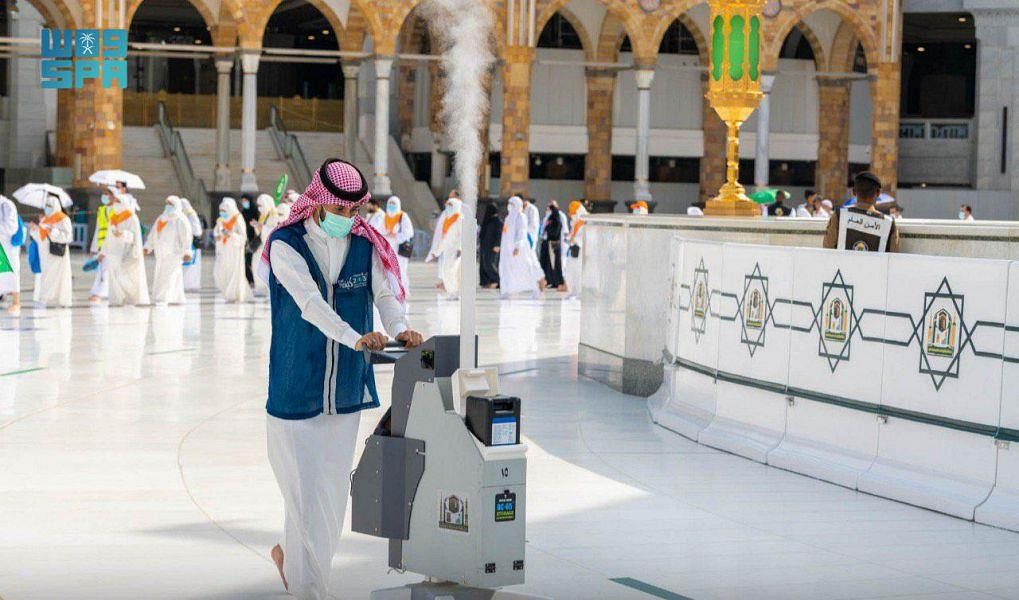 More than 500 sensor-equipped hand sanitiser dispensers, 20 biocare devices and 100 robots have been deployed to ensure the safety of pilgrims.

Hani Haidar, spokesperson of the General Presidency of Two Holy Mosques Affairs’ said that the presidency allocated tracks for pilgrims around the Tawaf (circumambulation) area. As many as 60 employees have taken part in organising the movement of pilgrims to maintain social distancing. 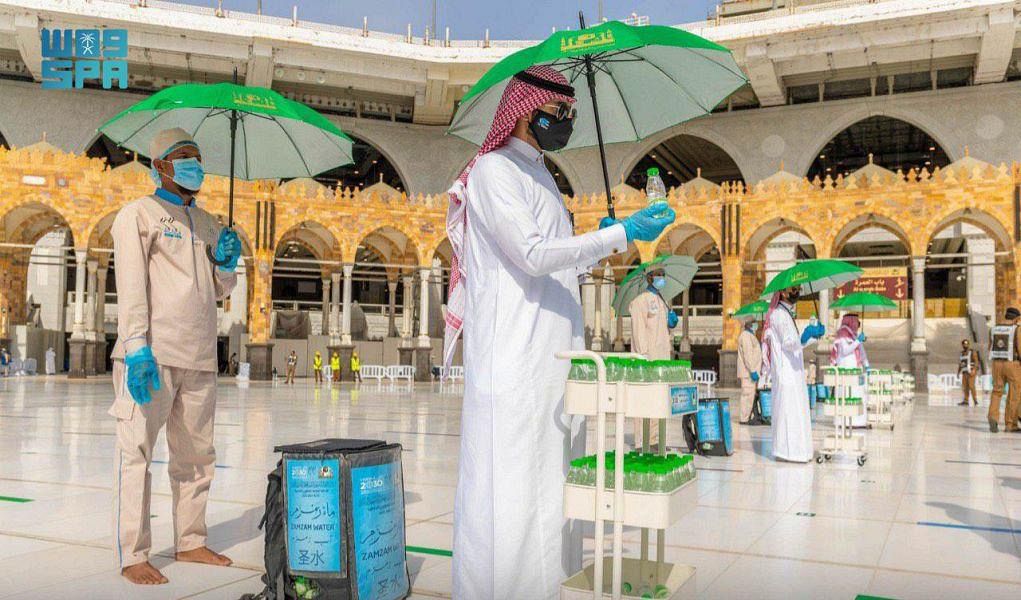 The presidency has also installed seven high-resolution, non-contact thermal cameras and temperature scanners to detect the temperatures of pilgrims. More than 30,000 bottles of Zamzam water were also distributed to the first batch of pilgrims.

The Transport General Authority also said that it inspects all the buses transporting pilgrims to ensure their compliance and readiness in all regulatory and technical aspects.

Alliance for Metaverse and Web3 Empowerment launches at LEAP23