Car taxi app Careem plans to launch self-driving electric pods in Dubai for testing “within a year”, it revealed on Tuesday.

The pods – on display at Gitex – have been developed in partnership with NEXT Future Transportation, as part of the Dubai Smart Government initiative.

Electric and driverless, the pods can move individually or by attaching themselves to other pods, to form a bus-like structure allowing passengers to move freely from one pod to another. 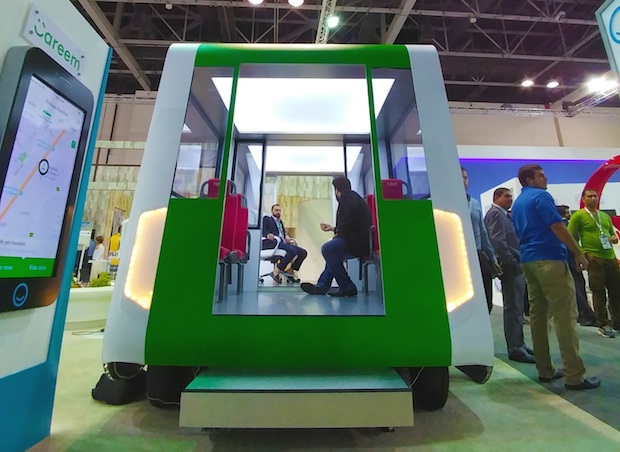 They are designed to operate as a mass transportation system whereby passengers can be picked up on demand and dropped off to different locations, as the pods link and detach accordingly. 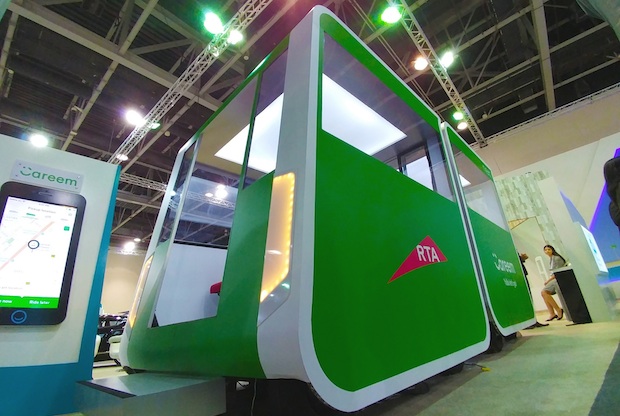 “Our pods are currently in the R&D phase and within a year we will be launching the test phase, whereby fully functional prototypes will be tested in restricted areas,” said Bassel Al Nahloui – VP of Business Development and Government Relations at Careem.

“We have invented the world’s finest autonomous mass transit solution, and as we look to operationalise, we need a partner that will provide operational depth and scale,” added Emmanuele Spera, founder and CEO, NEXT Future Transportation.

“We look forward to continuing our journey to bring advanced transportation technologies and practices to the region.”

Careem recently partnered with the Dubai Roads and Transport Authority to make public transportation such as taxis available on its app.

The service will allow customers access to about 9,841 taxicabs and 4,700 limousines. The move is part of the RTA’s integrated mobility platform project which it is currently undertaking in Dubai.

The platform aims to provide customers an “easy access to all transit means” in Dubai through a smart app.

Dubai is also currently pursuing its Autonomous Transportation Strategy – a new initiative aimed at making 25 per cent of all transportation trips in Dubai smart and driverless by 2030.