The importance of start-ups to the halal economy - Gulf Business 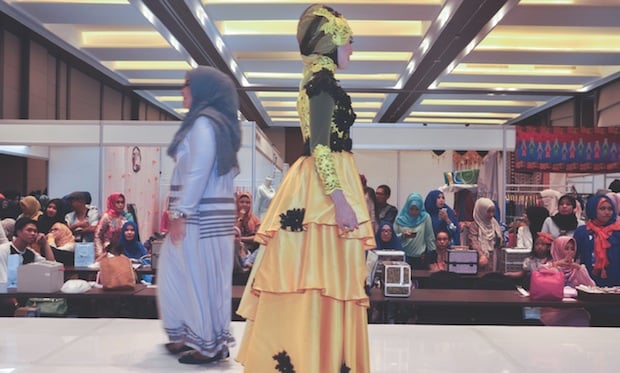 Small and medium sized enterprises have long been regarded as the bedrock of sound economies.

SMEs, start-ups and entrepreneurs employ, innovate and experiment across a range of industries and sectors, acting as the lifeblood of their local markets with huge contributions in terms of presence and profits.

In an era of diversification for GCC countries, with reliance on oil wealth falling away, the importance of these businesses is perhaps greater than ever before.

Technological developments and digital evolution are encouraging innovation and creativity in halal businesses just as much as their traditional peers.

Muslim communities are as technology savvy as any other, especially their younger members who form part of the global rise of ‘millennials’ and their forward-thinking, can-do mindset. With the breaking down of borders through digital platforms, it is easier than ever for Islam-centric entrepreneurs to access the global Muslim population of 1.7 billion people.

In days gone by travel companies, matchmaking services and designers would serve few outside their immediate locale. But now the market is enormous and Islamic businesses are making the most of booming consumer demand.

“Increasing demand for Muslim-centric brands and lifestyle products has resulted in a global flourish of start-ups from Indonesia to Istanbul,” says Peter Gould, a designer, creative entrepreneur and artist from Australia who is now based between Sydney and Dubai.

“I’ve spent time with many founders driving this wave of entrepreneurship, innovation and creativity, and feel like we’re about to hit another positive inflection point.

“It’s a truly exciting space to be part of and I’m certain many of the start-ups will be a magnet for mainstream investment. Our client Hijup, for example, is a popular Islamic fashion online platform based in Jakarta which managed to secure two rounds of Silicon Valley investment last year.

“I expect to see many simlar stories as the global Muslim start-up ecosystem matures and evolves. As a community we are organising more gatherings, collaborative activities, hacks and events than ever before.”

Little surprise, then, that we see the emergence of businesses such as London-based on-demand television channel Alchemiya – known as the Muslim Netflix – that in its own words “celebrates the culture, ideas and achievements of the Muslim world in one place”.

There are a number of similar examples one can point to. HalalTrip, for instance, is a trip advisor website and app for Muslim travellers; LaunchGood is a crowdfunding platform to support Muslim projects around the world; Umma Spot is billed as an Airbnb for Muslims; and BarakaBits is a news website focused on positive and uplifting stories from across the globe.

There are also Muslim social celebrities including British fashionista Dina Tokio and American vlogger Adam Saleh. And even Muslim social media platforms including Ummaland and MuslimSocial.

Islamic start-ups have unquestionably succeeded in blending religious sensibilities with mainstream trends to appeal to consumers.

Another element that has helped distinguish Muslim entrepreneurs and their endeavours is ethics.

Ethical companies have blossomed across the world in recent years, from fair trade food and clothing to issue-driven social projects. And it is no coincidence that halal businesses have bloomed simultaneously.

Based on the teachings of the holy book, the Quran, as well as the various Hadith (stories and sayings of Prophet Mohammed), most Muslims strive to adhere to ethical standards in business dealings, environmental awareness, treatment of workers, animal welfare and more.

As such, many Muslim entrepreneurs put ethics at the heart of their businesses.

“The Islamic entrepreneurial framework discusses how imperative it is that entrepreneurs and their companies prioritise social justice and social impact into their business models,” she says.

“This is to say that you could be making a lot of money but if your company is not contributing to social good, or directly working for justice and equality in society, then from an Islamic perspective you cannot be deemed a successful entrepreneur.”

Indeed, Ibrahim argues that this attention to social good is a source of Muslim entrepreneurs’ strength.

“We have a real opportunity to give people who might be looking to engage in alternative ethical economies the chance to see the Islamic economy and its stakeholders as the premier practitioners of ethics in business,” she says.

The traditional basis of ethics echoes another reason halal start-ups are important to today’s economies, especially in the region.

The long-held rites, rituals and requirements of Islam ­– including the obligatory Hajj pilgrimage to Mecca in Saudi Arabia, sensibilities surrounding matchmaking and understanding the Quran – have also provided a solid foundation for new businesses.

Interactive Quran app Bayan Quran is one such example, as are a vast array of halal matchmaking sites including Qiran.com, MuslimMingle.com and Zawaj.com.

And entrepreneur Nader Sabry has found success with his physiological Timez5 prayer mat.

Hajjnet, launched by Ali Dabaja in Dubai in 2012, also falls into this category. The technology company creates and delivers mobile and web-based content and products to help Muslims fulfil Hajj and Umrah (known as the ‘lesser pilgrimage’).

The company’s Salam app offers instructions, advice, tips, group tracking and mapping, social mechanisms and more in a bid to empower Muslims during what are regarded as two of the most important trips they will make during their lives.

And Dabaja believes the economic benefits of the pilgrimages can be vital to he region.

The founder and chief executive officer explains that in 2014 the Hajj and Umrah economy benefitted from an estimated 18 million pilgrims, accounting for 7-10 per cent of the country’s GDP. With the kingdom expected to double the number of pilgrims by 2020 to almost 40 million a year, he argues that Hajj and Umrah could soon represent a very significant percentage of Saudi GDP, diversifying the economy, and “kicking off what could be a dramatic change in the country’s economic outlook”.

“Far from being a time to worry, this period marks an incredible opportunity,” he says.
Rather than see himself as an Islamic entrepreneur, however, Dabaja says Hajjnet is a “technology business that is part of the global economy”.

He adds: “The real boost will occur when we stop distinguishing the ‘Islamic’ or ‘halal’ economy from the world economy.

“The fundamentals of our business have to make sense, whether we are ‘Islamic’ or not. We do not play by different rules because our market is Muslim. And I think the fact that our investors hail from a variety of backgrounds, cultures and religions is testament to the success that outlook can bring about.

“There can’t be a truly global halal economy unless it appeals to the global investor and the global consumer. And when it does, the halal economy may eventually be synonymous with the economy.”

Whether its travel, fashion, fundraising or pilgrimage, Islamic start-ups are boosting the halal economy and increasingly the global economy along with it.