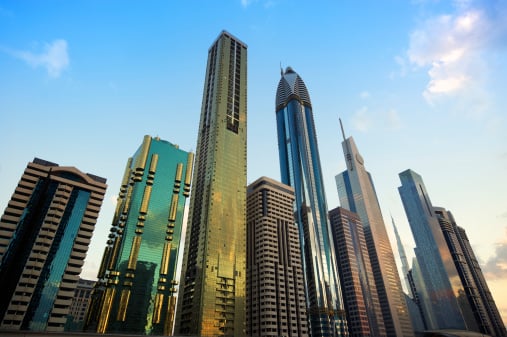 Increases in Dubai’s property prices have moderated quite a lot and the International Monetary Fund is now less concerned about them than it was in May, a senior IMF official said on Monday.

The IMF has previously warned that rapid rises in Dubai real estate prices, which earlier this year were in some cases a third higher than they were 12 months previously, could lead to another bubble and then a crash in the emirate.

But Masood Ahmed, head of the IMF’s Middle East and Central Asia Department, told a news conference on Monday that risks seemed to have decreased, partly because Dubai authorities had taken steps to limit speculative buying.

However, he said there were still areas that needed to be watched, and that real estate projects needed to be sequenced and carefully managed to avoid encouraging excessive risk-taking by government-related enterprises.

A report by property consultants JLL last month found residential rents and sales prices rose two per cent and one per cent respectively in the third quarter compared to the previous quarter, slower than three per cent and six per cent increases in the second quarter.