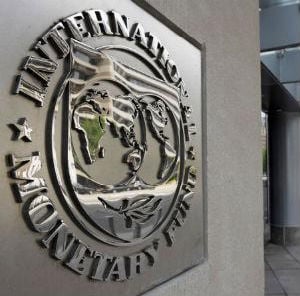 The International Monetary Fund cut its forecast for global economic growth and warned that the outlook could dim further if policymakers in the Eurozone do not act with enough force and speed to quell their region’s debt crisis.

In a mid-year health check of the world economy, the IMF said emerging market nations, long a global bright spot, were being dragged down by the economic turmoil in Europe. It said a drop in exports in these countries would combine with earlier policies meant to prevent overheating and slow growth more sharply than hoped.

The IMF shaved its 2013 forecast for global growth to 3.9 per cent from the 4.1 per cent it projected in April, trimming projections for most advanced and emerging economies. It left its 2012 forecast unchanged at 3.5 per cent.

“The most immediate risk is still that delayed or insufficient policy action will further escalate the Euro area crisis.”

US stocks closed slightly lower on Monday as investors worry about the economy losing steam.

The global lender said advanced economies would grow only 1.4 per cent this year and 1.9 per cent in 2013.

It also trimmed its forecast for emerging economies, projecting they will expand 5.9 per cent in 2013 and 5.6 per cent in 2012. Both figures are 0.1 of a percentage point lower than in April.

The IMF cut its 2013 growth forecast for the crisis-hit Eurozone to 0.7 per cent, while maintaining its projection of a 0.3 per cent contraction this year. It said it now believes Spain’s economy will shrink both this year and next.

Central banks in China, the Eurozone and Britain have all eased monetary policy in recent weeks to support growth. The US Federal Reserve has said it is poised to do more if needed.

The IMF said the European Central Bank had room to ease policy further and said officials in emerging economies should stand ready to cope with a drop in trade and increased volatility in capital flows.

It made clear, however, that Europe was not the only risk.

The IMF, which trimmed its US forecasts slightly, said concerns were rising over a political battle brewing in Washington over how to avoid painful automatic spending cuts and tax increases at the start of next year.

The United States faces a “fiscal cliff” with the scheduled expiration of Bush-era tax cuts and $1.2 trillion in automatic spending reductions – enough budget tightening to knock the still-weak US economy back into recession.

If the United States failed to deal with the “fiscal cliff” it could potentially be an “enormous shock” to the US and other advanced economies, IMF Chief Economist Olivier Blanchard told a news conference.

The IMF said while emerging economies, such as China, may no longer be growing at a rapid 10 per cent annually, growth in these countries was likely to remain strong.

“It is really case by case but in general we think (emerging economies) will be able to increase demand and grow at fairly high rates,” Blanchard said.

The IMF said growth in the Middle East will be stronger this year as key oil-producing countries boost production and Libya’s economy rebounds from conflict in 2011, but it held its forecast for next year at 3.7 per cent.