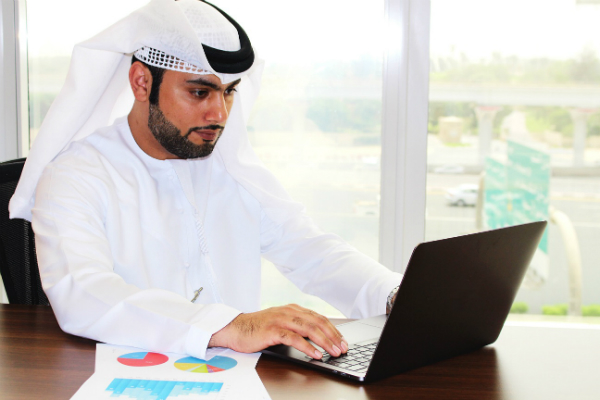 US technology firm IBM on Tuesday announced the launch of a blockchain platform in partnership with the Dubai government.

The Dubai Blockchain Platform is described as the first government-endorsed platform-as-a-service in the UAE and offers data sovereignty and lower operating costs, according to the announcement.

The organisations said it was designed to help companies in the country transition blockchain testing and development into full production and digitise government services.

“The Dubai Blockchain Platform we are launching today with IBM – who bring a wealth of insight and expertise in the advanced tech industries – drives us forward in our mission and allows us to power all blockchain applications in the city from one united portal,” said Smart Dubai Office director general Dr Aisha Bint Butti Bin Bishr.

Blockchain was originally designed as the distributed database list system behind bitcoin. Under the system, every transaction or input is recorded in a tamper and revision proof record shared between all parties.

The Dubai government is aiming to go completely paperless by the end of 2021 and use blockchain for all applicable government documents by 2020.

In the wider, UAE the goal is for 50 per cent of government transactions to use blockchain by 2021.

The new platform conforms to IT regulation issued by the Dubai government and uses IBM’s mainframe technology.

IBM said the first project to use it would be the Dubai Pay Blockchain Settlement and Reconciliation System, speeding up government payments.

Consultancy International Data Corporation (IDC) said in a report released in February that Middle East and Africa blockchain spending would double in 2018 from $38.9m to $80.8m.

However, it stressed that it was still “early days” for the technology as use cases are explored

“Some of these may never go mainstream, stalling at the proof-of-concept stage as they fail to bring in the scale of efficiency that was meant to be achieved,” said IDC programme director for verticals Jebin George.