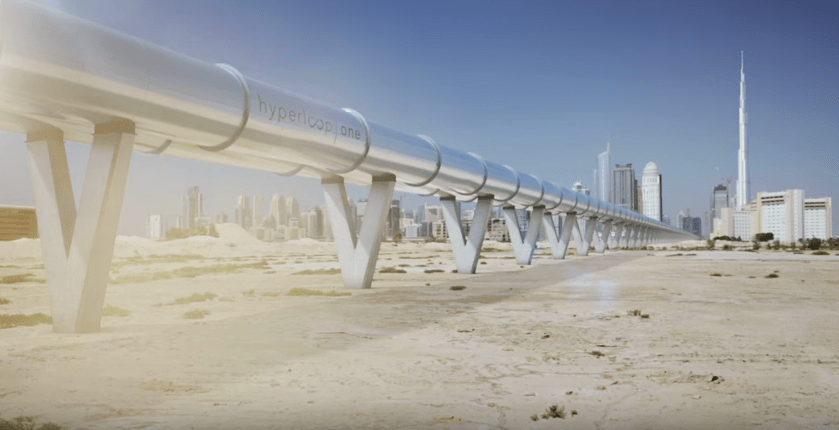 Hyperloop One, the company building the high-speed hyperloop transportation system, is on track to open its office in Dubai this September.

The Los Angeles-based company is one of several firms competing to introduce the world’s first operational hyperloop system, which involves sending passenger and cargo pods through tubes at speeds of up to 670mph.

Last year, it signed an agreement with Dubai’s Roads and Transport Authority to conduct a feasibility study into a potential hyperloop system linking Dubai and Abu Dhabi. If completed, the system will link the two emirates in 12 minutes.

Also see: In pictures: What a hyperloop station in Dubai will look like

Speaking on the sidelines of the Step conference in Dubai, creative director at Hyperloop One Colin Rhys confirmed that the company had begun hiring in the UAE.

“We are set to open our first international office here in Dubai in September,” he told Gulf Business.

“The focus [in the local office] will on be on project development, engineering, prototyping – basically everything we do in Los Angeles.

“We have already started hiring and we are focusing on hiring Emiratis,” he added.

Read: Hyperloop One to hire dozens of UAE staff

The company has yet to conduct a full test of its planned system but expects to conduct its first trial run in Nevada, within the next “45 to 60 days”, said Rhys.

Locally, Hyperloop One is working with the RTA on conducting tests and building the regulatory environment required for the new system.

“There is no third party that can certify the system because it hasn’t been built before. So we need to work collaboratively with regulators around the world to do this,” said Rhys.

“And so that’s what we are doing right now in Dubai, working with the RTA to help envision what is the absolute safest and smoothest ride we can deliver.

“The RTA is a great partner since they a strong vision that drives their policy and laws,” he added.

Looking ahead, Hyperloop One has big plans for Dubai.

“We would like to see the manufacturing and the ecosystem built out here. We want to create the Silicon Valley of the Middle East here inside the UAE,” said Rhys.

“There is enough scope to start manufacturing on that scale,” he added.

While the UAE already has a huge pool of skilled and knowledge-based workers, the plan is further build talent locally.

“So if anyone across the world wants to work on a hyperloop system, they will be able to come to Dubai to learn where they can go to a Hyperloop University of sorts,” he explained.

“We are starting to design the ecosystem that gets built around manufacturing, knowledge based workers, education, certification, regulation – all of these things.

“So Dubai becomes a technology creator instead of a tech consumer,” he added.