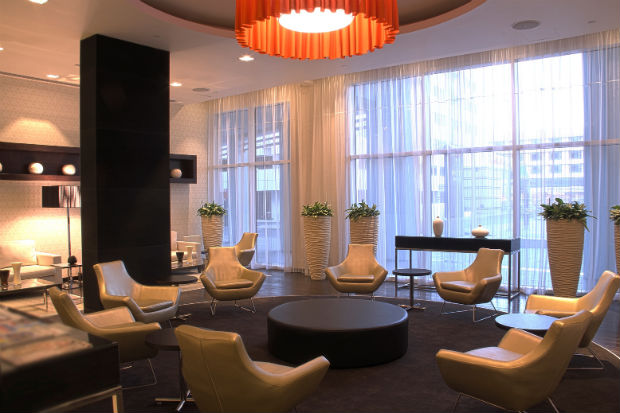 International hotelier Hyatt Hotels & Resorts has launched a new select service brand in Dubai as it plans to open more hotels in the UAE and Saudi Arabia.

The company launched the new Hyatt Place in partnership with Wasl Hospitality, a subsidiary of Wasl Asset Management.

Situated at Al Rigga, the 210-room hotel is the first Hyatt Place hotel in the Middle East and the fourth Hyatt-branded hotel in Dubai.

“We offer the similar infrastructure (like that of luxury hotels) but it comes without some of the frills,” said Vishal Mehra, general manager of Hyatt Place, Dubai.

“It becomes more affordable place for people to stay in so the mid range traveller who is looking to stay in suddenly finds an address.”

Mehra added that though the brand is successful in North America, the Middle East version is a bit elaborate to cater to the market. Strategically placed in the old Dubai, the Hyatt Place will target both business and leisure tourists, he said.

“Even in the corporates, not everybody can stay in a five star hotel. They have got different people travelling on a different budget. But now we are there to offer them the quality,” he said.

“Also, there is lots of business there as the trading fraternity thrives out of Deira whether it is the gold Souq and textiles industry.”

The hotel’s proximity to the airport, convention centres and other key locations will also help attract guests, Mehra said.

“If we are looking at the affordability part of it when such exhibitions happen, rates tend to go up and with the convenience of coming from our hotel and if I can offer you 50 per cent of the price then I become a very viable option.”

Hyatt has also major expansion plans across the region in markets of the UAE and Saudi Arabia.

In Abu Dhabi, Hyatt has entered into a management agreement with Emirates Pearl for Development & Investment, which is a joint venture between Atlas Telecom and the Tourism Development and Investment Company (TDIC), for a new Grand Hyatt hotel.

The 47-storey hotel is located on the Southwest end of the Coastal Boulevard in the Ras Al Akhdar district of central Abu Dhabi.

The hotelier is also launching a Hyatt Regency in Dubai Healthcare City in partnership with Al Wasl management by 2015. This is in addition to three other Hyatt-branded hotels including a Grand Hyatt Dubai, Hyatt Regency Dubai and Park Hyatt Dubai.

In Saudi Arabia, a Hyatt affiliate has entered into an agreement with Jabal Omar Development to manage three properties in Makkah, a statement said.

Its latest launch in the holy city- Hyatt Regency Makkah- will be a part of the mixed-use project and is in close proximity to religious sites.

The group is also launching a Hyatt Regency hotel in Riyadh, which offers 260 rooms and 40 suites across 28 floors.

Both hotels are slated to launch by 2015, officials said.

“Saudi is a huge market with lots of business, religious and domestic tourism. It is the most important market in the Middle East. We have signed agreements for several projects in Saudi,” said Tareq Daoud, regional vice president global sales—Middle East, Hyatt Hotels & Resorts, South West Asia.