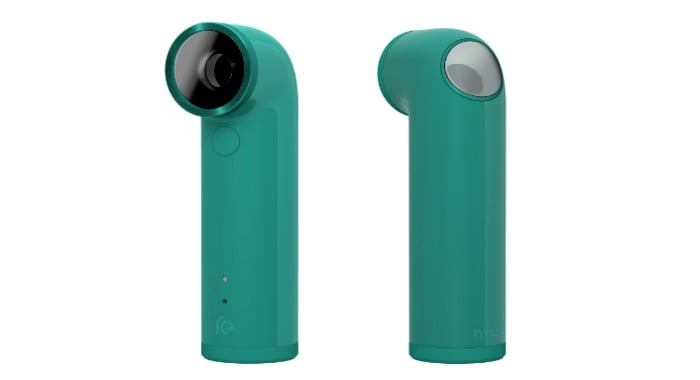 Smartphone maker HTC has announced plans to expand its product line with the launch of its first camera, RE.

Weighing 65.5 grams, the camera comes with a 820 mAh rechargeable battery, which will allow for the capture of 1,200 16MP photos and one hour 40 min of continuous FHD video recording, and 8GB memory, with the option to use a microSD memory card for up to 128GB of additional storage.

It also includes a built-in grip sensor that instantly activates the camera on pick up and a single shutter button that allows one tap to capture photos and a longer press for video recording.

The RE app, available on Android and iOS, features a remote live viewfinder and a playback mode, and will also back everything up to the user’s phone or the cloud automatically.

HTC also confirmed that in the future, RE will offer real-time video streaming to YouTube.

The phone will include the newly launched HTC EYE Experience and Zoe.

Features of the HTC EYE Experience include face tracking; a Split Capture function that allows simultaneous capture of photos and videos on the front and back cameras; Crop-Me-In – which allows for greater editing options; Voice Selfie; face fusion and Live Makeup.

The new Zoe collaborative video-editing app allows users to edit their photos and videos and remix options with their friends.

Zoe 1.0 is available free of charge on Android and will soon be available on iOS, HTC said.