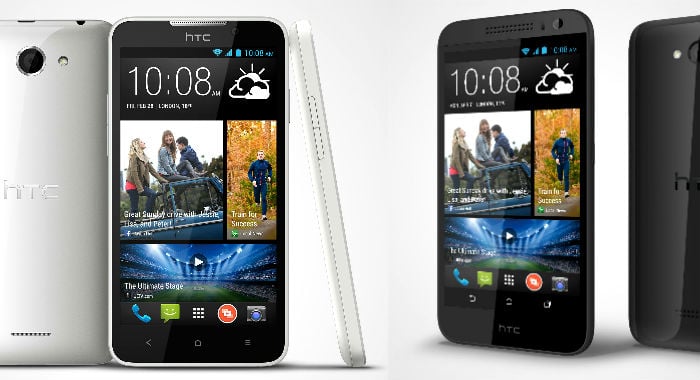 HTC announced that it has launched its two new entry-level dual SIM smartphones – the Desire 516 and the Desire 616 – in the UAE.

Both the devices come with 5-inch screens and are aimed at student consumers, the company said. The Desire 516 and Desire 616, priced at Dhs799 and Dhs949 respectively, are now available across all retailers in the UAE.

“There is a defined need in the UAE market for a high-performance smartphone that combines highly functional features at an affordable price, and the new HTC Desire 516 and Desire 616 are designed to cater specifically to the needs of the tech-savvy but budget-conscious consumer,” said Neeraj Seth, head of Marketing HTC MEA, of HTC Corporation.

Measuring 9.7mm thick and weighing 160g, the 516 features comes with 4GB of internal space with 1GB RAM. It runs on a quad-core 1.2 GHz Qualcomm Snapdragon processor and comes with Android version 4.2.2 (Jelly Bean).

The higher-priced 616 is slimmer at 150g and thinner at 9.2 mm, and includes premium HTC features such as BlinkFeed – which aggregates news stories and social network updates, and Video Highlights – which combines photos and clips from an event into a montage.

Both the phones are available in dark grey and pearl white.

HTC, which recently released its flagship HTC One (M8), aims to have a 10 per cent market share in the region by the end of this year, according to Phil Blair, president of HTC, EMEA.

Speaking to Gulf Business in May this year, he said: “I think it’s achievable. We’re ramping up the size of the team here to double over the next 12 months. We’ve also appointed some new distribution partners and changed the way we’re working with current ones.

“Over the last few years we haven’t invested a lot in marketing and that’s been deliberate. I haven’t felt that we’ve been ready to do that because you have to make sure infrastructure is in place so investment is worthwhile. Now we are ready.”