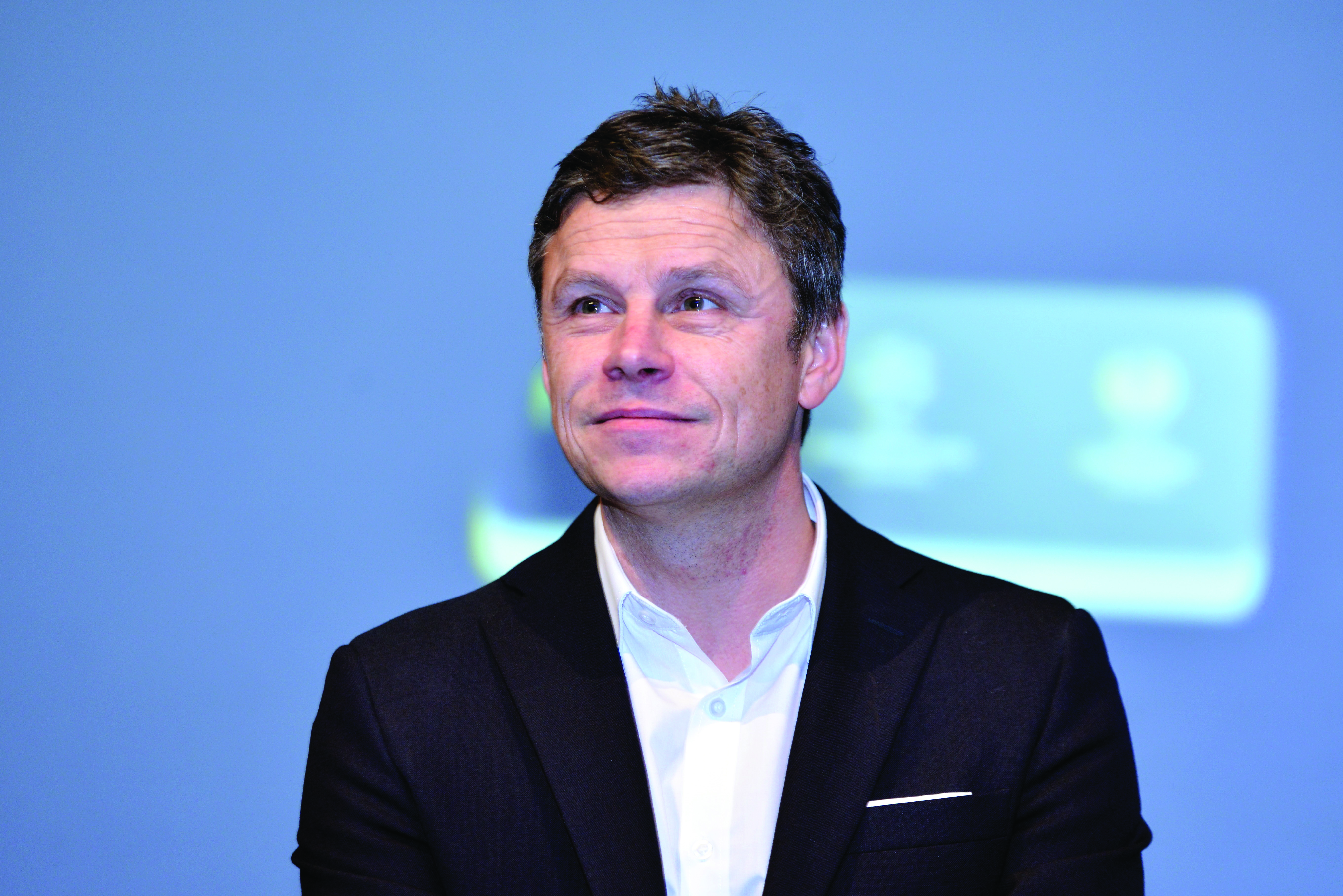 IT’S HARD TO BELIEVE BACK IN MAY 2007, the iPhone and Android platform didn’t exist in the mobile industry.

A month later Apple kick-started the smartphone revolution and launched its first generation iPhone, while HTC came up trumps with the first available Android device a year later.

But with any revolution, no matter how much we are awash with data, the industry is changing at an unprecedented speed and we have no idea how things will pan out long-term for mobile companies.

For instance, smartphones account for just one fifth of all mobile phones in the world, according to Mary Meeker’s Internet Trends report.

If this is true, it means there is still incredible room for struggling firms such as HTC to galvanise revenue growth and fight for a bigger slice of the market share pie.

With the UAE having the highest mobile penetration in the world, HTC has now been focusing its attention on the Middle East.

The regional launch of its latest phone, the HTC One (M8), is one way the firm hopes to boost sales and ramp up a slightly larger market share of 10 per cent.

But with HTC’s poor performance last year, will its latest phone be enough to beat the rivals?

“It’s no secret we’ve had a very tough 12-18 months but if you look at 2013 from an EMEA perspective we actually did pretty well,” Phil Blair, president of HTC, EMEA, told Gulf Business.

“My personal target for this region is to end 2014 with 10 per cent market share which I think is achievable. We’re ramping up the size of the team here to double over the next 12 months. We’ve also appointed some new distribution partners and changed the way we’re working with current ones.

“Over the last few years we haven’t invested a lot in marketing and that’s been deliberate. I haven’t felt that we’ve been ready to do that because you have to make sure infrastructure is in place so investment is worthwhile. Now we are ready.”

While, in theory, HTC appears to be taking steps to improve performance sales, how will it tighten its confidentiality bolts, especially when copious amounts of leaked details on the HTC One (M8) seeped out before its grand launch?

“It was pretty disappointing because there was an awful lot leaked but if you actually look at the attendance at our global launch in London we had just under 1,000 – so it was the biggest press conference we’ve ever had. It certainly didn’t dilute the anticipation and the interest in the phone but it does hurt us. That’s the reality,” said Blair.

“We take confidentiality very seriously both internally and with our partners
so where there is malicious activity we will do whatever we can to stop that, even if it involves prosecution because it hurts us as a business, our employees, and our livelihoods.

“We do an awful lot of testing which means you have to produce a significant number of phones and enable your partners to test it, so it’s really difficult but we’re working hard to try and stop it.”

HTC is also targeting mobile hotspots with telecom growth, such as Saudi Arabia, UAE, and Iran, which Blair described as “very significant” to bolster business.

“You’ll see in the UAE, Saudi and Iran, a ramp up in marketing activities. I think we’re on track to make a significant increase in our market share. In a few years time you will see us as the serious player in the industry,” said Blair.

“What we are doing differently is having the new HTC One going on
sale in this region at the same time as Germany, France, Spain, Italy and Russia. I honestly can’t remember a time that we’ve ever done that.”