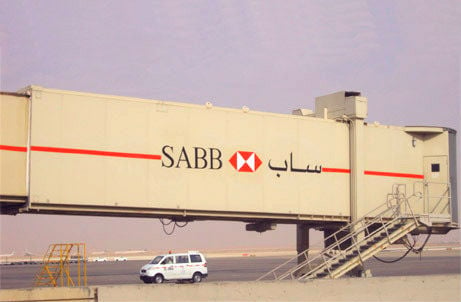 “We have no appetite whatsoever to continue to lose market share,” Saudi British Bank’s managing director David Dew said in an interview in Riyadh.

“For SABB, margins as a whole have peaked for this particular interest rate cycle and are now on a downward trend.”

The lender also plans to boost mortgages this year, easing its so far conservative approach to home loans, he said.

Mortgages in the kingdom are soaring as the government seeks to grow home ownership. The number of home loans in the kingdom rose almost threefold in 2019 from a year earlier, according to central bank data.

“We’re looking to move our risk appetite to some extent,” Dew said. “It’s unlikely to go fully in line with where the overall market seems to be, but we do expect to see some mortgage growth in SABB in 2020.”

Saudi British Bank, which is 29 per cent owned by HSBC, completed the acquisition of Alawwal Bank last year to create the kingdom’s third-largest lender.

The deal is a rare example of consolidation in the kingdom’s banking sector, even as bank mergers progress across the rest of the Middle East.