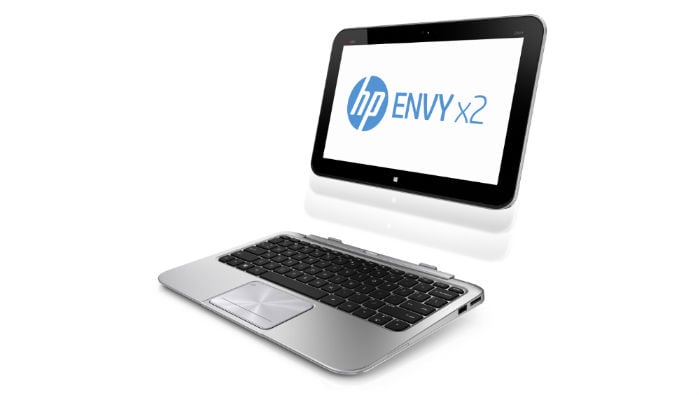 Global tech giant HP is all set to launch the Envy 2X, its new tablet-laptop hybrid in the UAE next month. The product is timed for release along with the launch of the Windows 8 operating system by Microsoft in late October.

“The Envy 2X has full notebook functionality with a keyboard and the portability and ease of use and browsing that you get with a tablet,” Antoine Barre, vice president and general manager, Printing and Personal Systems, at HP MEA told Gulf Business.

“It’s a tablet that fits into a notebook – so you can use the device either as a tablet by taking the screen out or as a full fledged notebook by having it with the keyboard. The 11/11.6 inch device includes a full function keyboard with all the 101 keys and it’s got Beats audio as well,” he said.

The converged product is a brand new device from HP, and according to Barre, the versatile Envy 2X will give customers the best of both worlds.

“There is undoubtedly a surge of tablet usage in the region, but going ahead I don’t think that tablets will replace notebooks,” he said.

“I think its going to be both of them living together – either in separate forms or in this converged form.”

Apart from the new tablet/laptop hybrid, HP is planning to launch 20 new products at GITEX this year including a range of notebooks, PCs and printers.

The company also opened a massive support centre in Dubai this week, the first of its kind in the Middle East, to improve the quality of customer care in the region.

“Our objective is to fix over 50 per cent of the service issues right away in the store,” said Barre. Depending on the success of the centre, the company plans to roll out more such stores across the region in the future.

“The Middle East and Dubai specifically is an extremely tech savvy region. There’s lot of innovation happening here and many new usage formats. We are very excited with the opportunities available in this market,” said Barre.

“The way we keep up with is that we ensure that we shorten the development cycle of the products as much as possible to have them available here quickly,” he added.

The tough competition in the region only pushes the tech companies to innovate more, Barre added.

“You are always on your toes, always trying to be better. You need to make sure that you are faster but you also need to find the best way of reaching the customers and the best marketing strategies,” he said.

“Globally, the overall business of HP worldwide is roughly $120 billion per year.

“In the region, we enjoy more than 20 per cent of the market share on the PC side and 60 per cent on the printer and server side. The Middle East makes a significant contribution to the corporation,” he added.