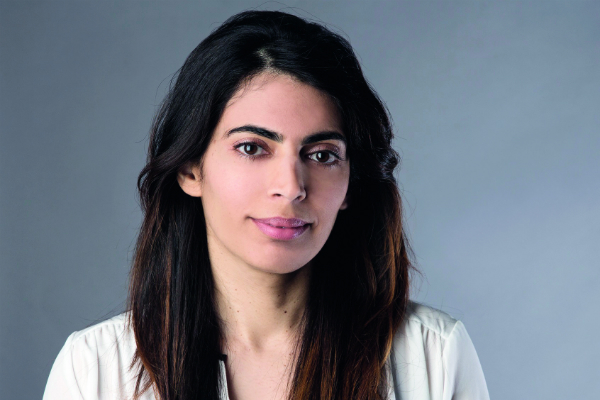 How seriously should we take the rise of cryptocurrency? Is it a serious rival to traditional currency?

“There are different views about cryptocurrency – all the way from ‘it will replace everything’ to ‘it’s nothing but a Ponzi scheme’. The reality, however, is more nuanced.

“For example, blockchain technology does provide a great way to remove the middle man in financial transactions, as well as strengthen security, so it should not be discounted as a fad or as a threat. More generally, though, the echoes with the dot-com era are very strong. When knowledge of the internet first moved outside a few academics and defence contractors into public consciousness in the 1990s, the result was a boom not dissimilar to what we are currently seeing today. This has been driven by companies, investment banks, advisers, the media and investors themselves.

“All had unrealistic expectations as to the value that the internet would or could deliver and the speed at which it might happen. Yet today, the internet has become mainstream, a part of everyday life and without it most people would find it difficult to work or be entertained. In other words, it has matured.

“Cryptocurrencies are at the same stage: they are only properly understood by very few people, many of the investors in bitcoin or ethereum do not know what they are buying and there is enormous volatility as a result. This was amplified in December last year by US exchanges starting to offer futures trading.

“The world has a long history of economic bubbles and the fall out: think Dutch tulips or the South Sea. It remains to be seen whether cryptocurrencies will go the same way or whether, like the internet, they become an accepted and universal means of transacting.”

Should businesses consider using cryptocurrency? And if so, what do they need to do to implement it?

“While there are an increasing number of businesses using it, they remain in the minority. It is not yet an effective currency – for something to be a mainstream currency it must enable transactions and provide a store of value, but there must also be liquidity. Due to the wild volatility and limitations in usability, cryptos are unable to do either just yet. If businesses go for it, they need to be very clear about why they are doing it and all the risks associated with it – both in terms of asset volatility and security.

“Yet there is unquestionably scope for cryptocurrencies to become mainstream and revolutionise the way consumers and businesses pay for things, just as the internet did with communications and transacting. Indeed, cryptocurrency could be viewed as a natural evolution of e-commerce, which was once regarded with cynicism and suspicion by many but is now a universally accepted term and commonly used practice.”

Is enough being done to educate individuals and businesses about cryptocurrencies, how they work, and the pros and cons?

“It’s a work in progress. People feel like they may be missing out if they don’t jump on the bandwagon. It is emotional because people feel that there is potentially a lot to be gained. While that is possibly correct, there is also a lot that can be lost and investors should make balanced, informed decisions. Many regulators (e.g. SCA) are going out of their way to warn investors of the perils.”

Have banks and other financial institutions in the region reacted to the rising popularity?

“Yes, quite proactively, which you would expect in a region putting innovation at the forefront of its economic development. For example, UAE and Saudi regulators have said they are open to the use of blockchain technology in order to issue a digital currency accepted in cross-border transactions between the two countries.

“Money transfer offices are looking to adopt regulated cryptos. Banks are exploring options. Crypto exchanges have also been set up in UAE, while Dubai has plans to launch emCash – a cryptocurrency to be used with emPay wallet. There is thus a lot of activity and the business community as a whole is trying to get ahead of the game.”